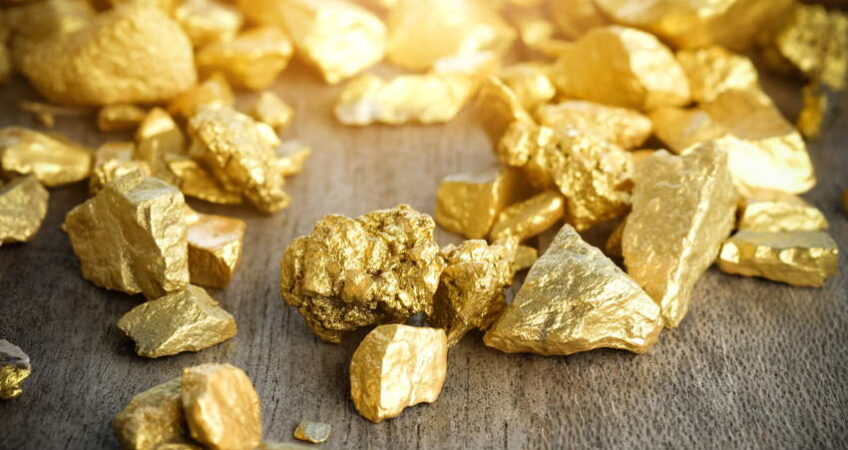 The Money Super Cycle Is Ending—Here’s How You Profit

If you’ve been following the financial world, then you’ve probably come across the phrase “super cycle.”

The premise is that these commodities move in decades-long super cycles that dictate their price. And if your timing is right, you stand to make a huge profit.

But as an experienced investor, I can tell you that those are just marketing tricks some financial professionals like to use to promote their agenda.

What determines the price of a commodity is supply and demand. The fundamentals. It always has been like that and always will be. No long-term chart pattern from a clever salesman will change it.

However, there is one super cycle that is real.

And it has to do with one commodity we all can relate to—money.

When societies first formed, they needed to come up with a medium for the exchange of goods and services—what we call money.

In the beginning, they would use what was most readily available, such as grain, camels, beads, etc.

But as they’ve become more sophisticated, they turned to more practical assets, like copper, silver, and gold.

They could shape these commodities in coins, and because of their size, could transport them wherever they needed and make most transactions on the spot.

But these coins came with another benefit—high intrinsic value.

Unlike today’s money, where you need a government to vouch for it, they could be melted down and used for other purposes, making them a borderless commodity.

Carrying bags of coins around with you, however, was risky and inconvenient. You could get robbed, or even worse, killed.

So, some institutions (which later became known as banks) started storing individuals’ wealth in vaults and issuing them papers with claims on it.

Naturally, it didn’t take long for people to start using these paper claims as money.

They could, after all, convert them for real money, which was stored in the vaults.

This is what we call in economics a linked-currency system since the value of the notes is linked to a hard asset, such as, for example, gold.

This is where things start to get complicated.

At some point, banks came up with credit and debt.

They realized that by borrowing paper money from their clients and paying them interest on it, they could lend it out and charge a fee for doing this.

It was a win-win situation for everyone.

Those who lent money to the banks—the creditors—saw their wealth grow without any work. The banks benefited since they could lend it forward and make a profit. The borrowers liked it because they could afford more. And with everyone spending more, the economic activity was picking up, and so the society as a whole got better.

While this idea of borrowing money and lending it forward for a profit is sound, banks took it one step further.

They realized that by taking a bit of risk, they could lend more money than they held in their vaults. As long as all the creditors didn’t demand that the banks return their holdings at the same time, nothing terrible would happen.

Of course, the greedier the banks got, the more risk they were willing to take…

Until, due to a recession, a war, a natural catastrophe, or other unavoidable events, creditors would want their money back. And since some banks didn’t have enough to pay everyone back, they would default.

And whenever this happened on a mass scale, it created a debt crisis.

Debt crises, however, are bad for the overall well-being of a nation. They tend to put the economy in a deadlock, and no one profits in that environment.

So, to prevent them from happening too often, governments eliminated linked-currency system and created fiat money which they can print as they please.

With no claims on physical assets, creditors can always get paid what they’re owed, and banks can continue their lending activities without much worry.

This is the type of system we use today.

For a central authority to have the power over the money supply is extremely useful.

Whenever the country is facing economic issues, they can create as much as is needed, disperse it among the populous, which then spend it on goods and services, and effectively turn the economy around.

The problem arises when governments start printing too much, and when a country is piling on large amounts of debt.

That’s when people start questioning the value of fiat money.

And when they lose faith, they move back to where it all started—hard money.

How To Profit From The Money Super Cycle

Today, we are approaching the end of the money super cycle.

America’s debt to GDP is the highest it’s been in more than 70 years.

We are printing money at unprecedented speeds.

And people are slowly beginning to lose faith in the fiat currency as we know it.

On the other hand, the demand for hard money has been increasing lately. Meaning the transition between the cycles has already begun.

Now, I can’t tell you when precisely the cycle will turn. Nor am I saying that we are going back to the stone age.

But I would suggest you start thinking forward and position some of your wealth in hard money.

When it comes to it, I think gold will be the asset of choice. Recent history suggests that this is what investors perceive as the safest choice.

My recommendation is to buy gold miners’ stocks. I hold three of them in my True Retirement Wealth portfolio.

I imagine Bitcoin and other cryptocurrencies will also be strong candidates. Although, I would advise against buying them unless you have a long-term time horizon of ten years or more. In short to medium term, they’re simply too volatile.