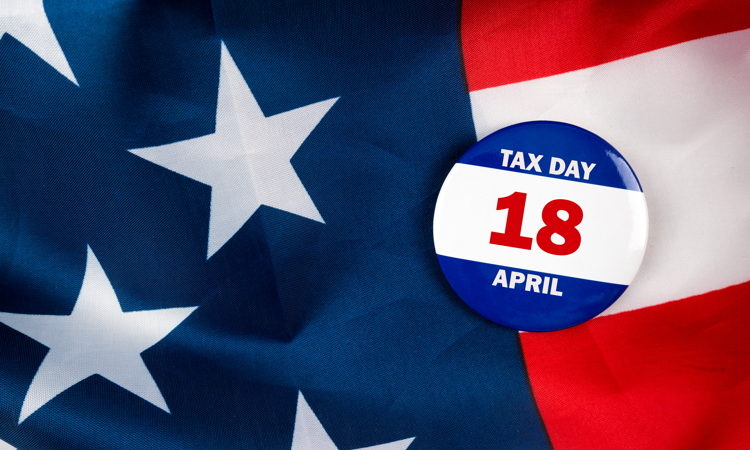 It’s tax season in most of the world.

Filing deadlines vary by country, but, generally speaking, we global taxpayers must make our annual filings between the end of March and the end of April.

In the United States, April 15 is the official tax-filing deadline, but, thanks to Emancipation Day (April 16) being a holiday in Washington, D.C., and observed on Friday, April 15 this year, the filing deadline is Monday, April 18…

Except in Maine and Massachusetts where April 18 (the third Monday of April) is Patriot’s Day. People in those two states have until April 19 this year to file.

My recommendation is to file early… or to apply early for an extension. Even with an extra weekend this year, waiting until the last minute to file just adds another layer of stress to what is already one of the most stressful times of the year for many.

The filing requirements are bad enough… then, of course, is the question of whether or not you actually owe tax.

The answer to that question depends on a multitude of factors. Income, of course, is the starting point, but deductions, investment losses, and the few tax incentives that remain in the United States can bring down your taxable income maybe significantly.

Then you work through the marginal tax rates for both federal and state taxes.

Taxes are a consideration when shopping options for where to spend time and money overseas. I recommend, though, that you don’t let them distract you from your real objectives and agendas.

You want to understand your tax obligations and liabilities… but you don’t want to let them keep you from making a move that, taxes notwithstanding, you’d really like to make.

When trying to size up their potential tax liability in another country, most people Google the tax rates in the jurisdiction on their radar, identify the highest marginal rate of tax, and then maybe start weeping.

That’s the case in most other countries, as well, though the income bands are generally smaller, meaning you get to the highest marginal rate with less taxable income.

However, you need to remember two important mitigating factors when it comes to figuring how much tax you might owe if you’re living or investing in France.

First, there’s no such thing as state tax…

And, second, household income is divided by the household factor before the marginal tax rates are applied.

The first point is straightforward. You have but one income tax to contend with in France rather than two (or more if you live in a city and/or county that charges its own additional income tax) in the United States.

The second factor takes into account the number of people in the household. If you’re single, your divisor is one. A couple counts as two. A family of four counts as three because each of the first two children only count as half. A family of five counts as four. Divide your household income by your household factor and that’s the taxable income that indicates your marginal tax band.

Bottom line, similar to the official tax filing date, which can change depending on the circumstances of the calendar, your actual income tax depends on the specific factors of how a country makes the calculation. And that’s just income tax.

Other taxes to consider are property, sales, and inheritance.

Take a look at the big picture before making a final decision on where to live or invest overseas. Jumping to a conclusion based on the top marginal tax rate alone could keep you from making a move you really ought to make.