Speed Up Your Travel By Using A Second Passport For Visas 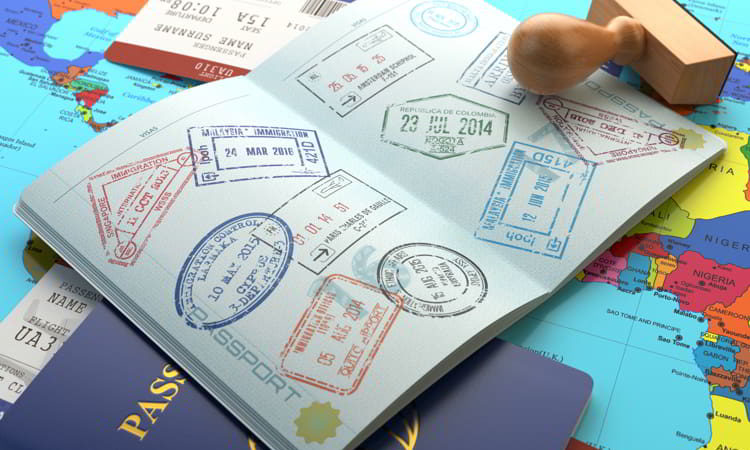 The Trouble With Tourist Visas For China…

A well-traveled friend, Paul Terhorst, wrote a column for my Simon Letter advisory service a little while ago in which he explained that he no longer travels to countries that require him to get a visa in advance.

Paul went on to make the point that these countries are hurting themselves financially by requiring these apply-in-advance visas for would-be tourists.

I don’t know if that is true in every case. Would more Americans go to Uzbekistan if they could show up at the border without having obtained tourist visas in advance?

That said, I’m aware of the challenge of being forced to apply ahead for a tourist visa.

My son started university in China in September 2018. My wife and I wanted to travel with him to get him installed in his NYU dorm room… which meant we needed tourist visas.

Getting a tourist visa for China while traveling is no simple thing.

The Chinese prefer you to apply for the visa in your country of citizenship. However, as we don’t live in the United States, that wasn’t really an option.

The folks at the visa center in Paris, where we happen to be at the time, when I explained our circumstances, agreed to process our visa “exceptionally,” as they put it. We got an appointment to visit that office to begin the paperwork.

We waited keeping our fingers crossed they wouldn’t change their mind between that day and the day of our appointment (as can happen with “exceptional” circumstances when it comes to things like visas)… and that they’d be willing to grant us the 10-year multi-entry visa available to Americans… even though this couple of Americans weren’t applying in America.

Trying to obtain a visa for any country while already traveling complicates things. You need your passport to travel, but you have to give up your passport for a few days at a minimum in most cases to be issued the visa stamp.

The Benefits Of A Second Passport

Years ago when I was traveling much more often than I am now… and traveling regularly to places that required visas in advance, such as Brazil, Vietnam, and India… I discovered that the United States will issue frequent travelers a second passport.

The second duplicate passport is good for two years only, but it can be very helpful. If you’re planning a fair amount of travel to countries that require visas in advance, I recommend applying for one. It is more difficult today, I have been told, to qualify for one of these second American passports than it was when I obtained mine, but it’s still possible.

Having one of these second U.S. passports is different from having a second passport because of a second citizenship.

After I had been naturalized in Ireland and issued my Irish passport, I could send away that passport whenever I needed to for visa processing… while continuing to travel on my U.S. passport.

As an added bonus, I no longer needed a visa for Brazil… as Brazil doesn’t require a visa in advance for Irish citizens.

In the case of this China visa, I prefered obtaining it using my U.S. passport, as, again, Americans, but not Irish, could qualify for a 10-year multi-entry option.

Tourist visas are sometimes used as political tools. Turkey stopped processing tourist visas for Americans for a period a few years ago… in response to the United States not issuing new tourist visas to Turkish citizens. That tit-for-tat has been resolved, but for a couple months those who already had purchased tickets to Turkey weren’t sure they would be allowed to enter the country.