Are Short-Term Rentals Impacting Your Market Price Of Rent? 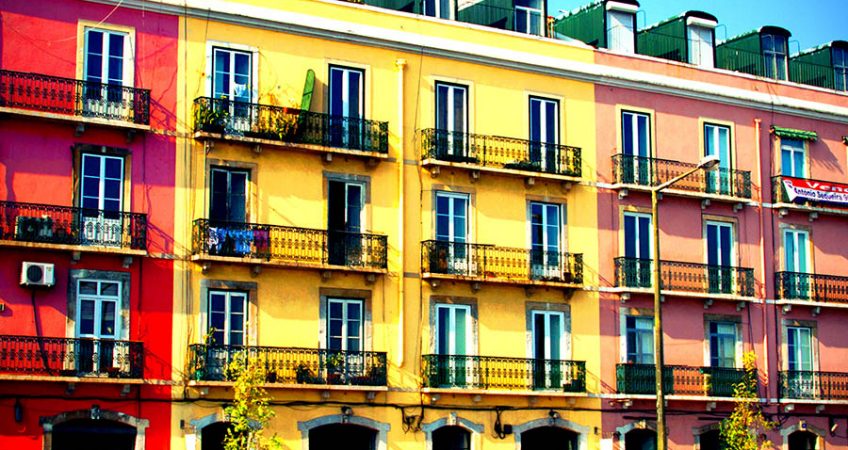 AirBnB Is Not The Bad Guy

A friend sent me an article over the weekend about the demise of local districts’ identities in Lisbon as a result of increased tourism in that city.

The writer of the piece takes the position that tourists are killing the local charm that attracted them to Lisbon in the first place. His argument is that growth of the short-term rental industry has resulted in rising rents, which are in turn forcing local residents out of their homes.

AirBnB is identified as the primary malevolent factor at work, the underlying source of the situation that is resulting in Lisbon locals not being able to afford rents in the central areas of their own city.

Many around the world seem to be on an anti-AirBnB soapbox. In one story, a California investor bought a four-plex and kicked out all the tenants so he could offer the apartments for rent to short-termers on AirBnB for more money. Guy’s being vilified.

It has been illegal to rent an apartment for less than a year at a time in Paris for decades, and in recent years the city has gotten serious about trying to enforce this law.

In fact, short-term rentals (that is, rentals of less than a year) are illegal in any French city with more than 200,000 inhabitants. Paris has been the only one, though, so far, to try to impose the restriction.

In Panama City and Medellín, you can’t rent out an apartment for fewer than 45 days and 30 days at a time, respectively. (Many do… but, if you do, you’re breaking the law.)

The Promise Is Flawed

Many people renting their apartments short-term in Paris are part-time residents who make their properties available when they aren’t in town. These properties would never be available for long-term rentals.

Some, like us, are renting their apartments furnished, which most locals aren’t interested in… meaning, again, these apartments would not be viable long-term inventory anyway.

In Panama and Medellín, the local hotel industries lobbied for the restrictions. They were worried that short-term rentals were cutting into their occupancy rates.

In Lisbon earlier this month, my Portuguese attorney explained why average rents are really increasing in that city.

Historically, many properties in Lisbon have been subject to rent control. While rent controls can be good news for the tenant, they are bad for the landlord and bad for the property. Landlords aren’t ever going to be interested in spending more on maintenance, repairs, or improvements than they are collecting in rents. And investors aren’t ever going to be interested in buying a rental property they can’t expect to get a decent return on.

The result of rent controls in Lisbon over recent decades has been that many landlords have effectively abandoned their properties to the tenants and their cheap rents.

Recently, the government removed the rent controls, and landlords now can charge market rates. Suddenly, a renaissance is under way in central Lisbon. Walking around the city, we saw scaffolding and work crews everywhere.

Why? Because an investor now can buy a rental property or even a whole building, fix it up, and expect to earn a fair return for his efforts.

While AirBnB may be having some effect on long-term rental rates in Lisbon, I’d bet that my local attorney friend is right and it’s the removal of rent controls that is the real culprit behind rising rents in this city.

P.S. Speaking as an active rental investor, I can tell you that AirBnB is proving a big help keeping my rental properties occupied… from Portugal to Panama to Paris…

“Lief, I have two questions for you concerning a Panamanian visa. Is it true that you must return to Panama every two years if you are not living there permanently as was the original plan? Your input and any other info would be greatly appreciated.

“Question 2: In December of 2012 I applied for a residency visa, completed and paid for all requirements and costs. I was given a temporary one-year residency visa and was told I would have to return before the expiry date Dec. 20, 2013. This did not happen due to a couple of life-changing and tragic events.

“When I inquired about it in July of last year the lawyer said I’d have to pay a fine or penalty of US$50 for every month overdue. I’ve already paid over US$3,000. The fine is a considerable amount. I also have a paid airline ticket of over US$750 lost.

“Is all of this a total loss, or is there some sort of recourse? If you can go for three to six months on a visitors permit and you don’t need a visa to purchase property, maybe it’s ridiculous to pay the penalty.

“At this point I’m undecided, bewildered, and confused. I am grateful for any info.

Yes, to maintain your residency, you have to be in Panama at least one day every two years.

As for the penalties for not picking up your permanent residency on time, right… these are what they are. If you intend to live in the country full time, my recommendation would be to pay them. If you intend to be in Panama only part time, then you could, in theory, come and go as a tourist.