The Risks Of Using Credit And Debit Cards Overseas 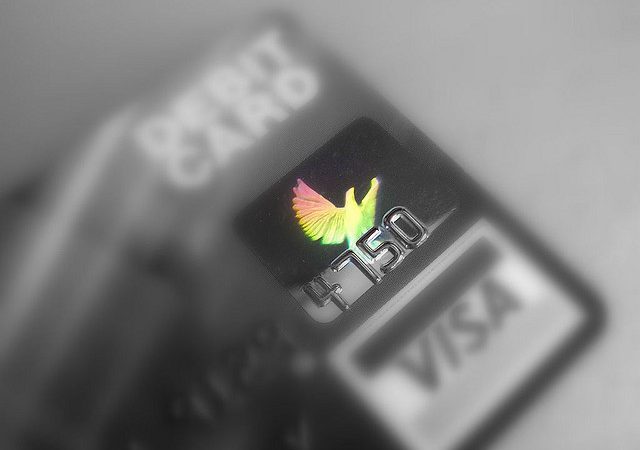 In Nashville last week, several colleagues had their debit cards cloned by an employee of the Office Depot down the street from our hotel where we all were going to have copies made.

Meantime, some celebrities have had nude photos of themselves hacked from phones and cyberspace.

Everyone remembers the big Target credit-card hacking incident, but, as with shootings in the United States, we’re becoming immune to news of new hackings. Since Target, there’s been a Dairy Queen hacking…a hospital network hacking…the recent celebs-in-the-buff hacking… Millions of people’s data is now on the open market for identity thieves and scam artists to access.

How can you protect yourself from these growing attacks on groups and businesses storing your personal data?

Protecting Yourself Against Scams, Hacks, And Cloning

First, pay cash at Dairy Queen for that banana split.

Handing over your credit card and, even more risky, your debit card to pay for small daily purchases opens you up to potential fraud. Use the card a dozen times in the course of a week at various businesses, and you’ve introduced a dozen potential cloning opportunities for the bad guys. Play that out over a year, and the odds catch up with you.

In the United States, your debit card is protected against fraud. Overseas, this is likely not the case. A few years ago a friend in Panama had the debit card from his Panama bank cloned. By the time he figured out what had happened, the thieves had taken tens of thousands of dollars from his account. The Panama bank didn’t bat an eye at the series of big withdrawals and purchases.

When my friend went to speak with his bank manager to ask about having the money returned to his account, the banker laughed out loud. The bank had no intention of reimbursing the loss or even of helping to track down the thieves.

The lesson in this story is twofold. First, don’t keep any more money than you need to live on (to pay your ongoing bills) in any account attached to a debit card. The guy who clones your debit card can steal only so much as that card allows him access to.

Second, don’t use your debit card unless you have to

While I recommend that anyone living overseas should have two bank accounts back home and a debit card for each in case one is shut off (which happens all the time in today’s fraud-sensitive world), I don’t recommend using your debit card to actually pay for anything. Your debit card is for taking money out of an ATM. Not for paying your bar tab.

Yes, your card could be cloned at an ATM, so you want to pay attention when putting your card into a cash machine. If the card slot looks suspicious, move on to another ATM.

While we’re on the subject of ATMs, I’ll point out that not all machines are created equal around the world. In the United States, most machines take your card and hold it until you tell the machine that you’re finished with your transaction. Then it spits your card back out at you.

In Panama, machines don’t keep your card during the transaction. You insert your card and then remove it before entering your pin code. Like the pay machines at gas stations. Usually, once you’ve taken your money, the ATM resets for the next guy.

However, that isn’t the case with all machines that don’t hold onto your card. I’ve used machines that asked me if I wanted to execute another transaction after having spit out my cash. My card was already back in my wallet, but the machine was standing by for me to give it further directions if I wanted. In this case, walking away from the ATM before confirming that you’re finished makes it possible for someone coming behind you to make a withdrawal from your account.

Again, the only way to protect yourself from the hackers and the fraud artists is to limit your exposure as much as possible. Pay cash when you can, especially for small purchases. Don’t use your debit card except at an ATM, paying attention to how the ATM you’re using operates.

And check your accounts online regularly, especially when you’re traveling. You want to discover any problem sooner rather than later.

“Lief, I wanted to say thank you for the great time I had in Nashville! This was my first conference with you and Kathleen and all of the wonderful presenters, and I am ever more committed to my life overseas!

“I just wanted to check in with you regarding the Panama mango plantation investment opportunity. Have you by any chance been there, and can vouch for the authenticity of the offer?

“This would be my first investment and I want to go in with a clear mind about it. I would love to go there myself to take a look, but I am not in that position right now.

“I appreciate everything you must have done to prepare for the tons of information we received. Thank you again for all of it.”

Yes, I visited the plantation when they were clearing it, and I’ve invested in 2 hectares myself.

Of course, there is no guarantee that this opportunity will play out exactly as projected, but I will say that the developer is on schedule with the plantings and is already preparing to clear more land and plant more trees through the Panama rainy season.

ATMs Overseas Cloning Debit Cards Credit Card Fraud Debit Card Fraud Getting Cash Overseas
Share:
Offshore Living Letter ® 2022
Legal Sitemap Privacy Policy
* Type a keyword then press Enter
We use cookies to ensure that we give you the best experience on our website. If you continue to use this site, you're agreeing to our policies.Thanks, I Accept!Privacy policy