Politesse, People, And French Culture As An American In Paris 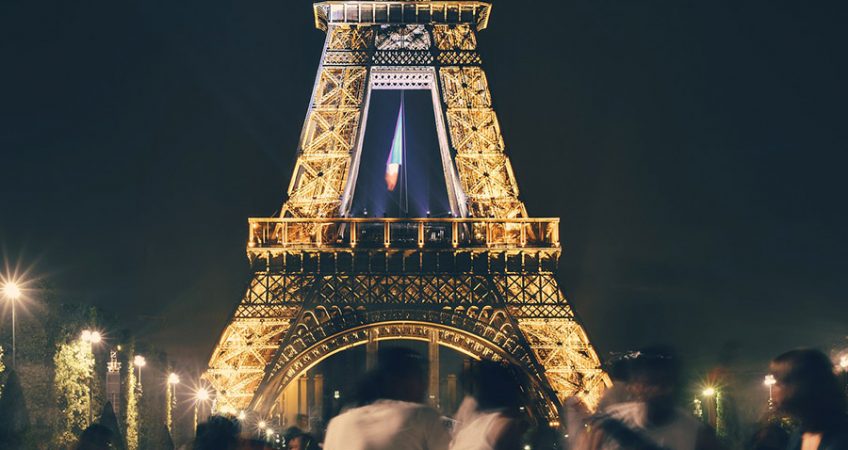 How Not To Be An Ugly American In Paris

This past week in Paris I found myself dealing with yet another automated system that I didn’t understand, this time at a bank.

If you know me, you know that I’m not generally recognized as a people person.

On the other hand, I’m not a big fan of automated systems either. From automatic checkout lanes in grocery stores to self-serve kiosks in airports, I never seem to be able to complete my transaction without the need of a human being… so I end up doubly frustrated, first by the machine and then by the human.

In the bank the other day in Paris, a human being wasn’t an option. A solitary bank employee sat behind an information counter directing every inquiry in the direction of one or another of the machines all around her.

My transaction was simple. I needed to deposit a check for the refund of the security deposit of the most recent tenant in one of our Paris rental apartments into his account. I waited in line to speak with the human behind the counter. When I explained my objective, she politely directed me to the machine for depositing checks.

I tried to keep an open mind.

After figuring out which account details and numbers to enter in response to each prompt, I finally got to the point of inserting the check into the machine.

Consumed as I was with the challenges before me, I hadn’t noticed that someone had come up behind me. As the error message came up on the screen and the check was spit out of the machine, the French gentleman waiting his turn asked in French if he could help.

“Yes. Let me have a look to see what the problem could be,” he said with a smile as he stepped between me and the machine.

He explained that the check needed an endorsement signature on the back.

“Ah. But it’s not made out to me,” I explained. “It’s a check to someone else that I’m depositing on his behalf.”

“Just sign your name,” the Frenchman suggested. “The machine won’t know the difference.”

I thanked him and stepped off to the side to sign the back of the check.

When I returned, he had finished his transaction but was standing alongside the machine waiting for me.

“I’ll wait to make sure it works this time,” he said. “In fact, I could try for you if you like.”

I held out the check, which he took from my hand. Then he turned and started typing on the screen. He inserted the check into the machine again… and again it was rejected.

“Now it can’t read the date,” my new French friend reported, reading the error message from the screen.

So he took out a pen and started writing over the date to make it clearer.

I was a little freaked out by that, thinking it might invalidate the check altogether, but I held my tongue.

And this time when the guy tried again, the check was accepted.

I thanked him, shook his hand, and my new French friend turned and went on his way.

Walking out of the bank that day, I couldn’t help but think about all the people over the years who’ve told me how rude and unhelpful the French are. For 30 years, since my first trip to France, whenever I speak or write about the country, Americans respond to tell me I’m doing their fellow Americans a disservice by not pointing out how un-nice are the French.

But that hasn’t been my experience.

I’ve been spending time and doing business in France for decades, and I’ve needed help many times along the way. In every instance I can think of, some nice French person has appeared to provide it.

I don’t speak French, but I’ve mastered a handful of useful phrases, most important among which for me: Parlez-vous anglais? Spoken respectfully and with a small smile, these three words have opened many French doors for me.

Once, when I was trying to buy a vacuum cleaner, the response to my standard “parlez-vous anglais?” was a flat “non.”

“Parlez-vous espagnol?” I gambled in return.

“Oui!” came the quick and enthusiastic reply from the young sales girl who then proceeded to help me figure out which vacuum cleaner my wife would find most suitable.

Don’t get me wrong. The French can be rude, but, in my experience, generally it’s in response to behavior they perceive as rude.

If you’re planning a trip to France (as I strongly suggest you should to take advantage of your strong dollars while they remain strong), in addition to parlez vous anglais, also learn a few other basic and polite phrases… “bonjour,” “merci,” and “au revoir,” for example.

The French are keen on politesse. When you enter a shop, you greet those you encounter with bonjour. When you leave, you say merci and au revoir.

An American friend living in Paris who speaks good French and who knows the rules was once chased down in the street by a shopkeeper after he’d left her shop without offering his mercis and au revoirs.

“Were you raised in a barn?” the woman called after him.

Well, that was the idea, though expressed more elegantly in French.

Bottom line, don’t act like the “ugly American”—that is, rudely demanding that everyone you encounter in France speak English—and you’ll be less likely to run into the rude, uppity Frenchman.

“Lief, why not publish an article regarding how to get out of the United States without paying the massive capital gains tax.

“An installment sales helps a little.

“CPAs, tax attorneys, etc., are all tight-lipped on this subject. Perhaps one of your attorneys could respond in one of your publications.

“I live in California, where the state and federal taxes are a killer! Moving to a no-state-tax state helps somewhat, but that is not the real answer.

“Many of your readers feel the same way as I do, I’m sure, and your comments would be very appreciated.”

It is possible to move out of the United States and not worry about the so-called “exit tax” you’re referring to. The exit tax is for the U.S. person giving up his citizenship or his green card.

And, even if you’re planning to give up your U.S. citizenship (and relinquish your U.S. passport), the exit tax does not necessarily apply. This doesn’t kick in unless you have US$2 million in net worth or have had a tax liability of US$160,000 or more on average per year for the last five years. Few people meet the second threshold; more people qualify for the exit tax under the US$2 million net worth threshold.

If you do qualify, you’ll be allowed an exclusion of US$690,000 (the 2015 figure) for any gains calculated for the purposes of figuring whatever exit tax you may owe.

In other words, if you have a US$2 million net worth all in a single real estate asset that you bought for US$1,310,000, you’d pay no exit tax thanks to the exclusion.

An installment sale isn’t going to help you with the exit tax; however, the IRS does allow for installment payments.

I don’t write often about the U.S. exit tax as, as I’m describing, it applies to few people. However, if you’re considering giving up your U.S. citizenship and think the exit tax could apply to you, I’d recommend getting in touch with my colleague who focuses on expatriation tax issues. His name is Mark Nestmann, and you can contact him here.