Restrictions On The Use Of Cash In France And Europe 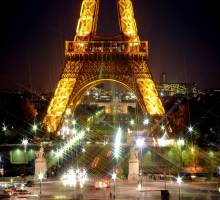 France Revisits Its War On Cash

Cash is no longer king. At least that seems to be France’s position. While cash isn’t being exiled from the French economy altogether, the country is looking to reduce the maximum amount of an allowable cash transaction from 3,000 to 1,000 euros.

This isn’t the first time the French have had this particular bad idea. They tried to pass similar legislation in 2013 but failed.

Back in 2013, the premise for the proposal was fraud reduction. Today they’re returning to the idea in the name of the Charlie Hebdo attacks in Paris earlier this year, saying that the tighter controls on cash flow are necessary to support the ongoing war against terrorists. If the law is passed this time, the reductions will take effect Sept. 1, 2015.

Of course, terrorists and tax evaders aren’t the only ones who use cash. On the other hand, the French aren’t big on cash in general. They prefer checks. I bought an antique sword at a flea market in Champagne a couple of years ago. The owner of the stall didn’t take credit cards but was happy to take a French check from me. In fact, he seemed happier for me to write him a check than to go to an ATM to withdraw cash for him.

The cash restriction is on traders—that is, businesses accepting cash payments. By law, traders must accept cash up to the maximum allowable amount. As I mentioned, currently, the maximum allowable amount for a cash transaction is 3,000 euros… for French residents. The amount is different for nonresidents. In the case of a nonresident, the French government is trying to reduce the limit from the current 15,000 to 10,000 euros.

Note that cash transactions between two consumers are unrestricted. I guess terrorists only buy things from stores.

Another interesting aspect of the cash restrictions in France is that you can’t pay more than 300 euros in cash to any government entity for taxes, fees, or even hospital services. Now we got you, monsieur le terroriste. If you get shot, you’ll have to use a check or a credit card to pay your hospital bill.

In fact, what’s going on is that the French bureaucrats see an opportunity to leverage surging national anti-terrorist sentiment to pass a law actually aimed at French tax cheats.

While France has made news with its proposed restrictions on cash in the marketplace over the past couple of weeks, the truth is that cash transactions are already limited and/or tracked in many countries. Spain imposes limits of 2,500 euros for residents and 15,000 euros for nonresidents. Get caught as a resident paying 2,501 euros in cash for something in Spain, and the fine is 25% of the transaction amount.

Portugal and Italy already impose 1,000-euro limits on cash transactions, and, in Italy, you’re not supposed to pay your rent in cash… not even in the case of a holiday rental.

Then you have cross-border control of cash. Taking cash or equivalents in or out of the EU comes with a 10,000-euro threshold for reporting; in the United States the threshold is US$10,000. It’s not illegal to carry any amount of cash across a border. You simply have to report it… and then answer the customs agent’s questions as to its origins.

Many in the offshore world have been ranting against the current proposed restrictions on the use of cash in France. I don’t disagree that any restrictions on our personal habits are unwelcome. At the same time, I must say that a 1,000-euro cash limit when shopping in France isn’t a burden for me and not something to get worked up about… unless you are trying to avoid taxes on your income or are actually a terrorist. Sure, if you’re shopping at one of Paris’ sex shops, you’ll want to use cash. However, if you’re spending more than 1,000 euros, you’re likely getting ripped off and paying too much for whatever you’re buying anyway.

Jokes aside, I do see the bigger-picture concern. Will governments eventually eliminate cash as a means of trade, making it possible for Big Brother to track our every purchase? That’s a big, bad idea. The older I get, though, the less inclined I am to rant against bad ideas I can’t control and focus my time and energies on putting personal infrastructure in place to allow me to make the most of what I can control.

“Lief, isn’t Ecuador a lot easier place to get residency status than the Dominican Republic, as it only requires US$25,000 investment or CD?”

If you restated your question to reference “cheaper” rather than “easier,” then you would be correct. However, no, I would not say Ecuador is an “easier” choice than the Dominican Republic. Ecuador imposes restrictions to do with how much time you can be out of the country during your first year of residency. Additionally, it takes longer to qualify for citizenship in Ecuador than in the DR.