Looking Ahead To A Possible Financial Meltdown 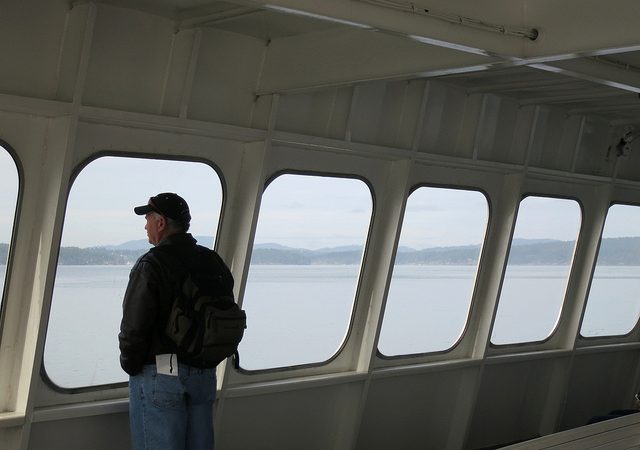 The Trouble With ATMs In Panama Right Now

At the end of September, the national bank of Panama shut down the entire ATM system countrywide over a weekend to upgrade the programming… Small inconvenience at the time. Now, a month later, the situation has moved from minor inconvenience to big pain in the neck.

People using foreign debit cards to try to withdraw funds from ATMs in Panama over at least the last few days, myself included, are getting “Contact your bank” messages. Unfortunately, the foreign (in my case, U.S.) banks are approving the transactions and debiting the cardholder’s account for each withdrawal, but the ATM isn’t delivering the cash.

This is a headache on several levels. The first is not being able to get cash. Even having more than one debit card, as I recommend always, isn’t helping in this scenario, unless your second debit card is from a Panamanian bank. I have three debit cards, but they’re all with (different) foreign banks and they all produce the same frustrating result.

Namely that your account is being debited but you’re unable to access cash. While your bank will initiate a dispute and go through the process required to confirm that you didn’t get cash and eventually (within 10 business days, I’ve been told) credit your account, you’re still walking the streets cashless. All us foreign-only ATM card-holders are searching beneath the sofa cushions and raiding the cache beneath our mattresses. I may soon have to ask my son Jackson for a loan from his piggy bank.

The alternative suggested by my bank would be to go into a local bank branch and withdrawal cash at the counter. Frankly, I’m not sure how this would work and haven’t had time to try it to find out. My bet is that it’d be a ridiculous conversation with someone who’d have no idea what I was asking for or trying to accomplish that would leave me wanting to jump across the counter and shake the person on the other side of it. (I’ve had my fair share of personal experience with counter staff in Panama banks.)

Fortunately, you can get by charging most things in Panama, even meals at fast-food restaurants, so being cashless shouldn’t keep you holed up in your hotel room. Taxis and strip clubs probably pose the biggest challenges. Taxi drivers and strippers are all about the cash.

ATMs not giving cash is a growing concern in general for Americans abroad, thanks to FATCA. Others are worried about ATMs shutting down when the impending global financial crisis they’re expecting finally arrives. The current situation in Panama for me and others struggling through the experience is a good test of our diversification efforts.

One reader wrote in this week to deride my “Diversify” strategy. His point was that, if U.S. financial institutions implode, as he fully expects them to do shortly, the entire world would be thrown into irrecoverable chaos. Everyone everywhere would be doomed no matter what their situations. No one would be able to pay for anything. No one would be able to move goods. People would be starving in the streets. Anarchy would reign.

Maybe. But, should all that come to pass, I’m still counting on my diversification plan to pull me and my family through. Depending where we are when the worst-case scenario plays out (should it play out), we’ll retreat to the land. We have parcels of land suitable for farming in more than a half-dozen countries around the world, ranging in size from one to several hundreds of acres. Even the one-acre piece would be sufficient to sustain my family in a pinch.

Global financial meltdown is a far cry from foreign ATM cards not working properly in Panama, but the current situation here in Panama is reminding me that part of any diversification plan should be a back-to-basics scenario that doesn’t depend on things like automatic teller machines.

“Lief, the more I read your newsletter, the more I like you. Yes, it’s me again, the guy who disagrees with you pretty often but who has ever increasing respect for your integrity.

“Most recently I am referring to the letter from M.D. One does not need a special education in reading between the lines to see that he has written: ‘Lief, I’m planning on evading U.S. taxes by hiding some money in a Belizean bank. I believe I have found some loopholes such that I can keep my identity hidden and avoid FATCA reporting requirements. I am seeking your opinion. What do you think, will this work?’

“I can only speculate, but my guess is, in that M.D. did not get the answer he was hoping for, he will ignore your advice and attempt his subterfuge in any case. Good luck with that.”