Leaving The Land Of The Free For The Old World 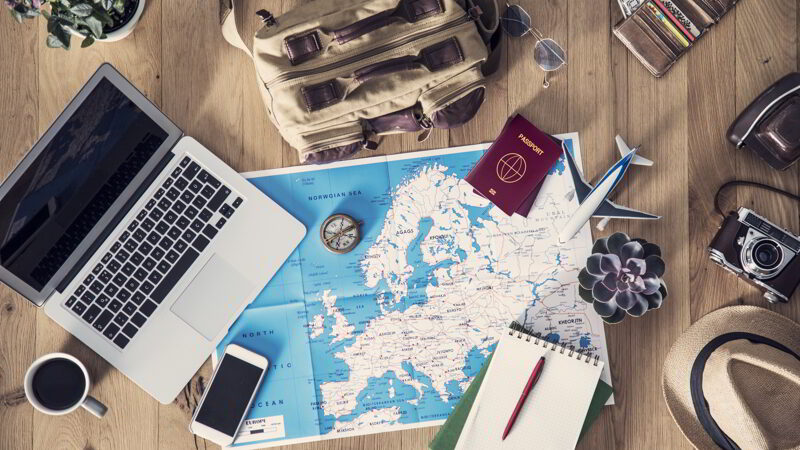 Time To Get Outta’ Dodge?

After four months in northern Illinois, Kathleen and I are taking our leave of these United States this weekend.

That is, we’re outta’ here a few days before the election.

We didn’t intentionally time our flight back to Europe to be gone by Nov. 3, but I can’t say I’m sorry we won’t be here during the immediate aftermath of Election Day.

We’ve stopped watching the news. Listening to talking heads bash the other side or talk loudly over each other as if they were participating in a presidential debate is too much to take.

What A Headline Can Do

In promoting my Offshore Wealth Symposium next month, my marketing team has been running this headline:

“All The World Is Asking: Trump Or Biden? But It’s The Wrong Question”

And, boy, are we taking heat as a result. The angry emails from readers of these dispatches are entertaining on one hand… but sad on the other.

Trump supporters are writing in to lambast me for being a democrat.

Biden supporters are emailing similarly nasty letters accusing me of being a Trump supporter.

It’s all been confirmation of what we all know about politics in America in our current age.

Everyone has their back up and is ready to attack anyone they think isn’t on their side.

Neither the headline we’ve run nor the marketing material for the conference that follows it picks a side or takes any political stand.

The readers going out of their way to lambaste me are inferring those things.

Americans have become like U.K. soccer fans. Aggressive behavior is the norm.

What’s going to happen in this country after Election Day? I have no idea, but I predict it’s not going to be pretty.

I’ve never been a doomsayer, but I think the near-term picture in this country is worrisome.

Whoever wins, the other side is going to react with even more combative behavior.

In other words, as my team has been pointing out with our “Trump Or Biden?” headline, it doesn’t matter who wins.

Why Having A Plan B Is Important

You can’t control the outcome of the election that is now just one week and one day away, but you can protect yourself, your family, and your assets from the craziness that may well ensue.

The pandemic has made it more complicated for us to take actions toward securing our Plan Bs. But it has not made it impossible to push ahead. You still can be pursuing second residency and citizenship options, as well as shopping for an escape somewhere sunny, warm, welcoming, and safe.

Twenty-two years ago, Kathleen and I made the choice to move to Ireland. That led to EU passports for both of us. Those Irish passports right now are a big piece of our personal Plan B. They’re how we’re getting out of Dodge before the election. Ireland will let us in because we’re Irish citizens. Then France, at least right now and unless or until the EU closes its internal borders, will let us in because we carry EU passports.

Even though France is seeing a large increase in new virus cases, we’re thinking it’ll be a much quieter place to hang our hats over the next few months than these United States.