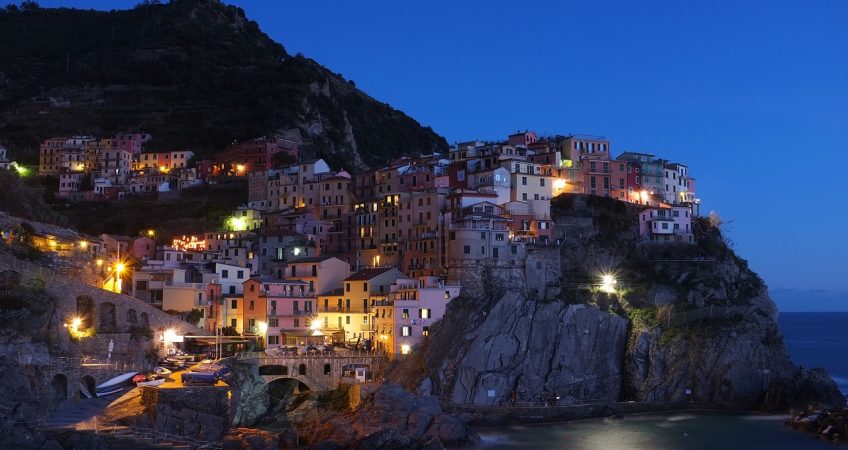 Trying to figure out the best way to take title to a piece of real estate you’re buying overseas can get complicated.

First, you have to remember probate. Every country has it. Take title to a piece of property in your own name, and your heirs will become well versed in the particulars and complications of probate in whichever country that piece of property lies.

So, while titling a piece of property in your personal name can be the simplest thing in most cases, it’s generally not the best solution long-term. Even if you don’t care about probate (after all, you’ll be dead… your heirs can figure it out), there are other reasons to use an entity to hold foreign real estate assets.

In some cases, it can be the only option.

Croatia was a good example of this a decade ago, before this country joined the EU. Back then (which is when I invested here), Croatia imposed a restriction on the foreign purchase of real estate… a form of reciprocity. For you to be able to buy property in Croatia, Croatians had to be specifically allowed to buy property in your home country.

This created a real challenge for Americans, because, in the case of an American buyer, Croatia wanted to see a letter indicating that Croatians could buy property not only in the United States but specifically in the state the would-be buyer called home. Good luck with that. The workaround was to use a Croatian corporation to take title to your Croatian property.

Another reason to use an entity to hold a piece of real estate overseas is liability. Putting the property in a single-use entity can limit your exposure should a tenant slip in the shower, say, and crack his skull open. It also makes it harder for a claimant in another country to attach the property to any settlement.

Whatever your goal—being able to actually take title, minimizing probate, or limiting liability—you have to weigh it against the costs, both direct and, especially, tax, of various entity options. Structuring a purchase properly can reduce or even eliminate your associated tax burden. Using the wrong entity can do the opposite.

I’m in the process now of closing on the purchase of a piece of property in Portugal. My go-to structure for holding foreign property is a Nevis LLC. In this case, that won’t work. Well, it will work. I could use a Nevis LLC to take title to this apartment, but doing so would create tax penalties in Portugal—specifically, at a minimum, higher transfer and property taxes. This is because Nevis is on Portugal’s long black list of countries and jurisdictions it identifies as “tax havens.”

My Portugal attorney and I have considered the following better options. I could:

I see putting the property in my own name as the failure option. It’d mean my kids would have to go through probate in Portugal. As I said, I’ll be dead… and therefore not around to help them. I’d like to save them the trouble, time, and cost of the whole experience if I can. This is why I title property in my name only when no other option is available or when the alternatives all create such additional tax burdens that I just can’t stomach it.

Forming an entity in a country not on Portugal’s black list could mean creating tax obligations in that country, as the list includes most (though not all) countries that take a jurisdictional approach to taxation. One country that taxes on a jurisdictional basis and that isn’t on Portugal’s black list is Nicaragua. I considered this option but set it aside for a practical reason. I don’t have an attorney in Nicaragua I’m comfortable working with right now. The time and effort required to carry out the due diligence to understand any possible complications, implications, or consequences of placing this piece of property in Portugal in a corporation in Nicaragua are more than I want to deal with right now on my own (that is, without an attorney I trust to help).

Basing the entity in a country that takes a nonjurisdictional approach to taxation might create only a small tax bill, but it’d probably also create a big administrative hassle. If I had an entity in a country not on Portugal’s black list that I was using for something else, I could roll this purchase into it. However, it doesn’t make sense to set up a new entity in a jurisdiction where I’d have to pay taxes (and, maybe more burdensome, meet the local tax filing requirements) while I’d also be paying taxes on the same income in Portugal… and the United States. The amount of the investment isn’t enough to warrant it.

I could use an entity based in a tax-friendly jurisdiction in the United States, such as Nevada. However, that would defeat one of the reasons for investing offshore in the first place. A frivolous lawsuit in the United States (where frivolous lawsuits are an industry) could create a claim against any U.S. assets, including the entity in Nevada that owns the property in Portugal. Good luck, Mr. Frivolous Lawsuit Complainant, getting the keys to the property. However, on paper, it’d be a risk. Using a U.S. entity to hold foreign assets is almost never a good idea.

That leaves a Portugal entity. Using a Portuguese corporation reduces the initial income tax consequences for a nonresident but probably not enough to offset the cost of forming and maintaining the structure. The amount of the investment is relatively small. In addition, putting the property in a Portugal corporation doesn’t eliminate probate in Portugal.

However, the Portuguese entity could be owned by my existing Nevis holding structure. That would eliminate the probate concern.

Again, deciding on how to take title to a piece of property overseas can get complicated. You can be tempted to tell your attorney to put the property in your own name because that’s the easiest thing to do. Maybe, you might tell yourself, you’ll make a change down the road when you have more time to figure out the best holding structure.

Resist. That can be a costly mistake, as, in some countries, the purchase and transfer costs aren’t insignificant, and changing the name on the title (from your personal name to that of a corporation, for example) means paying those costs again. It’s as though the property is being resold.

“‘Most countries require only one or two directors for a corporation, and most don’t require said directors to be resident in the country. Panama is an exception; it requires three directors. This can be a headache if your intention is to set up a company with you and your spouse as the only shareholders.’

“Just to tell you that the above sentences are not correct. It is truth that you need a minimum of three directors in Panama corporations but you can have only two shareholders and even one shareholder if you want. Directors of the company are not equivalent to shareholders.

“I enjoy your articles very much.”

Right… the directors of a company aren’t the same as the shareholders. Again, though, that’s not the point.

The point is that having three directors for a company set up simply to hold a piece of real estate is a pain in the neck… and that’s what Panama requires.