Is Ecuador Safe For Foreign Retirees And Investors? 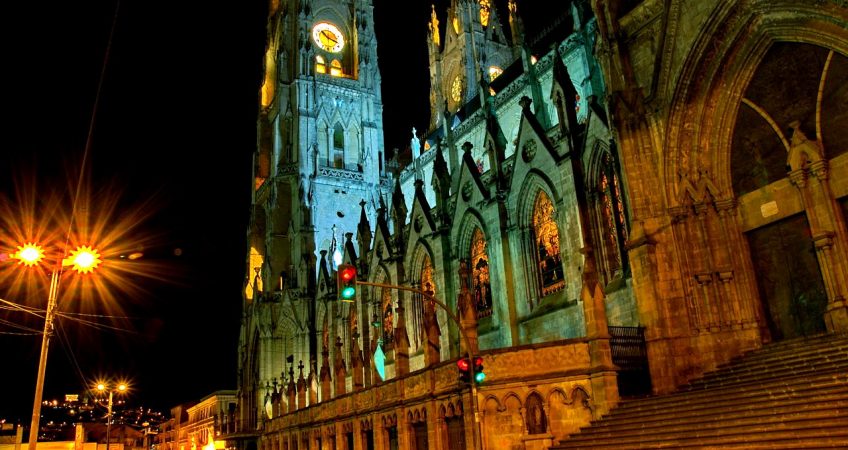 Put Your Boots On The Ground Before Making Up Your Mind

Why do so many people, especially so many of my fellow Americans, have such a negative reaction to the idea of living, investing, or even traveling to so many places around the world?

Last week a reader emailed us in response to an essay on Ecuador we published to support the launch of our Live and Invest in Ecuador Conference. Here’s what he had to say:

“Ecuador is great,” he told us, “if you want to get kidnapped and killed.”

That’s a harsh statement to make without any further comment so I followed up with the reader to ask if he’d had a bad experience in Ecuador. No. He’d traveled to Ecuador once in the past and didn’t like it. Nothing bad happened to him during the trip. He just didn’t care for Ecuador.

But how did he get from “I don’t like Ecuador” to “If you go to Ecuador, you will be kidnapped and killed”?

I put that question to him. He admitted that he had no basis for his statement, but, still, his mind wasn’t to be changed.

Don't Believe Everything You See, Read, Or Hear...

Many thousands of Americans are living in Ecuador full-time right now. I know dozens of them personally. None of them have been kidnapped or killed, and none of them know anyone else in the country who has been kidnapped or killed. I pointed this out to your fellow reader, but, again, he was inflexible in his position. In his mind, Ecuador is dangerous, and he wasn’t interested in listening to anyone else’s experience to the contrary.

I traveled to Argentina after that country’s financial crisis in 2001. Many people I spoke with about the trip at the time thought I was crazy. Wasn’t I paying attention to the news, they wanted to know. The whole country was in chaos, with rioting in the streets. It wasn’t safe to travel there…

People insisted this even after I returned from my trip. They wanted to tell me how dangerous it was to be in the place where I had just been, as though they knew better.

Yes, I’d seen the video clips of riots in Buenos Aires. I’d also seen the riots in person as I walked down the streets of Buenos Aires past where the protesters were doing their thing. In one case, I walked by a group of protesters on the steps of a government building. I stood off to the side and watched for a while. The protesters held up their signs and chanted and waved as long as the cameras were rolling. As soon as the news crews turned their cameras away, though, the “rioters” put down their signs, picked up their mate cups, and sat down on the steps to enjoy their tea.

In another “riot” I witnessed, I watched as a dozen old ladies beat pots and pans against the façade of a boarded-up bank. At the height of the crisis, many banks shut their doors. These ladies wanted access to their accounts, I guess, and they were making as much noise as they could to try to get someone’s attention. Were they a danger to the general public or innocent bystanders? Speaking as a bystander at the time, I’d have to say that I didn’t feel threatened.

Newsreels made the situation out to be much more dramatic than it was. Drama makes for better viewing.

View if you want. My advice, though, would be to reserve judgment until after you’ve put your boots on the ground.

“Lief, interesting read on second passports. Question, though. Any negatives to having a passport from another country plus a current U.S. passport? Should a political or legal issue arise, necessitating U.S. State Department intervention, would that help be negated as a result of having another passport from another host country?

“In Mexico, the difference between a permanent resident ‘Green Card’ holder and citizenship equates to none. In both cases you cannot vote, yet you qualify for free medical over 65 years in age.”

Are there any negatives to having two passports? None that I know of. You qualify for all the benefits (and obligations and responsibilities, too) of being a citizen of any country for which you hold a passport, regardless what other passports you hold.

I have to disagree with your assertion that a citizen of Mexico would not be able to vote in that country. That is not correct. The right to vote is one thing that distinguishes permanent residents and citizens in many cases (including in Mexico)… although some countries allow permanent residents to vote, too.