Cultural Respect: Running From The Bulls, But Not The BS 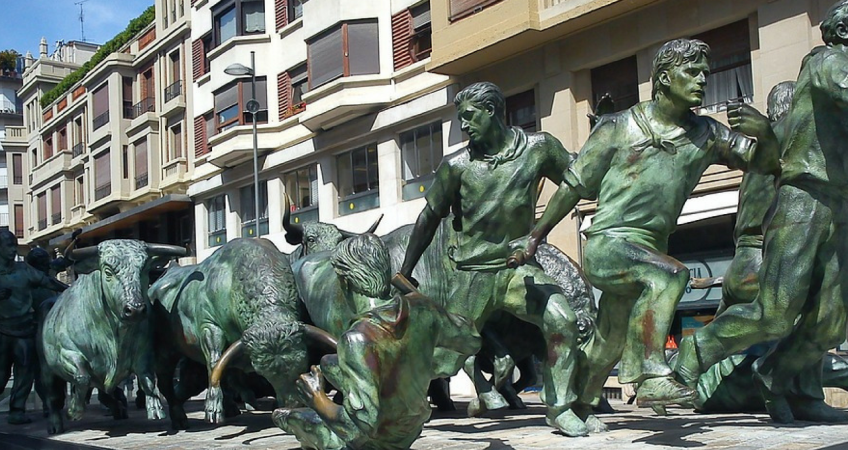 Anyone Buying Into A Cultural Appropriation Argument Is A Moron

Earlier this month Kathleen and I traveled with a group of friends to Pamplona, Spain, for the Festival of San Fermín…

The annual Running of the Bulls that Mr. Hemingway made so famous.

Kathleen reported on our expat adventure in her daily dispatch… and, well, some of her readers weren’t pleased.

One reader in particular took great offense. She wrote to tell Kathleen how “disgusted and disappointed” she was that we would participate in such an outrageously unkind-to-animals experience.

I wondered if that reader is a vegan. If not, in my view, she’s a hypocrite.

In fact, though, in today’s world, I don’t think it’s possible to be a vegan… not really. Animal products and by-products are used in all kinds of goods from cars and cell phones to lipsticks and hair brushes. Someone proclaiming himself to be a vegan either doesn’t realize he’s probably consuming animal products every day… or chooses to ignore the reality.

Everyone has his thing…

For me, it’s smoking. I find it disgusting and, frankly, stupid. However, I don’t walk up to every person I see smoking a cigarette on the street to tell him he’s a moron.

First, that would take too much time away from telling people doing even stupider things that they are morons (I’m reminded of the family of tourists standing in the middle of the passageway in the Paris Métro station last week trying to figure out which way they needed to go but holding up everyone else in the station in the meantime… step off to the side to consult your map… morons).

Second, it’s none of my business that some people choose to fill their lungs with tar from burning tobacco as long as they don’t blow the smoke in my face.

South Korea has outlawed the killing of dogs for meat, but it’s a cultural tradition. We Americans eat cows… Koreans eat dogs.

Cows are sacred in India, but I’m not aware of any Indians marching on the U.S. embassy in Delhi demanding that we close all steakhouses in Texas.

Those protestors in California likely would be happy to hear about the shuttering of a burrito food truck that had been owned and run by two white girls. The girls were accused of cultural appropriation. The raucous caused them the loss of their business.

And that the Spanish give up a practice that dates to the 700s and is an important part of their cultural identity.

Of course, the Greeks and Mayans had traditions involving the sacrificing of virgins.

I guess you have to draw the line somewhere.

My point is to remember my mantra:

Isn’t that a big part of the point of living and traveling around the world?

It sure is for me. As I move around from country to country I’m most interested in learning about how people in these other places live their lives. I’m trying to understand what’s important to them… and why. To see what I can learn from what they know that I don’t.

How fun that we don’t all do things the same way… right?