Know Your Client Rules And Requirements Around The World 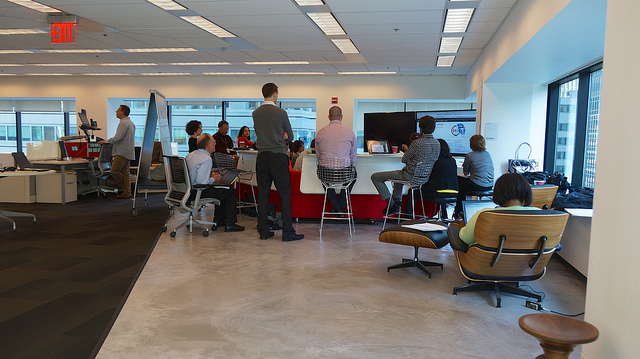 The unintended consequences of FATCA and the overreach of the U.S. government and the IRS have started playing out around the world. In the last week, I’ve heard from a half-dozen people with “know your client” tales of woe.

Indeed, I have my own.

Let’s start with the know-your-client form that the homeowner’s insurance company I have a policy with for my Medellin apartment sent me last week. The form is two pages long and asks for some understandable information, such as the name of the person holding the policy, the address of the property being insured, etc.

About five years ago, bank application forms began asking would-be account-holders about multiple citizenships. In the banking arena, we’ve come to expect those questions. But to have to detail how much time one spends in the United States each year to get homeowner’s insurance in Colombia? The world has gone mad.

I’m redoing the know-your-client paperwork for some of my overseas banks right now (at their insistence). I’m sure others will be contacting me shortly. They all want to make sure they have all FATCA-required documentation in their files. They’re terrified of being asked for some piece of information on some U.S. client by some U.S. government agency that they aren’t able to produce.

One of the banks where I have an account has asked me to complete both a W-9, which is for U.S. persons (U.S. citizens, U.S. Green Card holders, U.S. corporations, and U.S. partnerships), and a W-8BEN, which is for non-U.S. persons. I can’t be both, right?

In the same email, they also ask for my tax ID number…which is the point of both the W-9 and the W-8BEN.

I’m a U.S. citizen so I’ve resigned myself to this kind of paperwork harassment. What I didn’t expect but have been hearing about recently is that non-U.S. citizens not living in the United States are being caught up in the same net.

The new tenant for a rental apartment I own in Panama is Italian. He’s in Panama for a short-term work contract and wanted to open a bank account to pay his local bills…including his rent to me. The Panama bank told him he would have to sign all FATCA-required compliance documents if he wanted to open an account with them, including a waiver of privacy rights with regards to the bank sending financial information to the IRS.

When my renter pointed out to the bank that he’s Italian, does not hold a U.S. passport or a U.S. Green Card, and has no direct relationship with the United States of any kind…has never lived there, has no intention of ever living there…the banker replied that none of that matters. If the poor guy wants a bank account, he has to sign the forms. He refused and walked out. I didn’t say so when the guy relayed this story to me, but I’m figuring all Panama banks are following the same policies. That is, he’s likely to be asked to sign the same documents when trying to open an account at any other bank in this country, as well.

I had drinks with an Australian friend passing through Panama City the other evening. He told me a story about trying to open a bank account somewhere in Asia and being asked to fill out FATCA-related paperwork.

And a colleague in New Zealand told me this week about his unsuccessful efforts to get his bank in Turkey to send his U.S. dollars to Thailand, where he was trying to buy a piece of property. My guess is that the transaction didn’t fit on any of the forms the bank has on hand for FATCA reporting, so they just denied the transfer. Just told the guy no…they wouldn’t send his money where he wanted it to go.

These are all real-life, real-time examples from the past week. And I predict that this is only the beginning.

Where will all this nonsense lead? It’s hard not to believe that we’re on an inevitable track leading to global financial catastrophe.

What are we to do in the face of it? Stay compliant. Follow the rules. And look past them. Keep your perspective.

My apartment in Medellin is a real store of value that has diversified me out of the U.S. dollar, that is generating non-dollar cash flow from rental income, and that is a really great place to hang out with my family when it’s not rented out.

The absurd forms my homeowner’s insurance agent is asking me to fill out are an invasion of my privacy and a waste of time. But they’re not the point.

My legacy asset in pretty little Medellin is the point.

Or so I keep trying to remind myself.

“Lief, I guess what you forgot about was what the huge rip-off payday loan companies were doing with our military. This subject was important during the time the army had a hard time in recruiting after 9/11. The military pushed this, the community pushed it, and the federal government pushed it because the commander-in-chief’s troops were being taken advantage of. The president can only sign a bill into law. The Congress must bring the item to a vote in order to get it to the Senate. The banks are the ones who got us into a recession. They need to be governed and restricted. Allowing a government to let business run unconstrained does not do anything for the peoples’ best interests.”

I’m not sure I follow your point. As I said in my essay earlier this week, the crackdown initiated via Operation Choke Point did start out in all likelihood with good intentions. However, be clear that there is no legal authority for what the Department of Justice is currently doing under the auspices of this “operation.” They are operating by all accounts through administrative mandate, not according to any law.