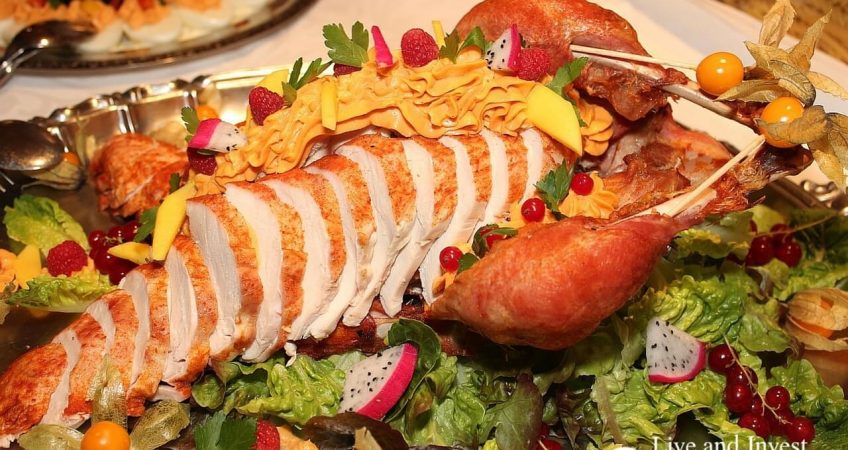 What A Plucking Challenge! The Quest For Turkey Overseas

All American expats I know are today paying their respects… in big ways or small… wherever in the world they happen to find themselves… to the tradition of Thanksgiving.

We’re enjoying Turkey Day this year in Baltimore, Maryland, the jumping-off point for my own live-and-invest-overseas adventures some 20 years ago.

This is the first Thanksgiving we’ve spent in the States in years.

I write from the table in my mother’s kitchen. As I work, she’s working, too, preparing all the pieces of a traditional Thanksgiving celebration… just as I’ve watched her do so many years before.

The house smells of melting butter and cinnamon. I can hear the turkey sizzling in the oven as it browns… and the water in the big black kettle coming to a boil on the stove. Time to drop in the potatoes…

My sister’s children and my own are playing video games together in the living room and sharing stories of how they’ve filled the many months since we’ve all seen each other last.

It’s a picture of the quintessential American Thanksgiving.

From my perch at the kitchen table, I’m savoring every second of it… and thinking back over where and how we’ve spent other of our Thanksgiving days over the past two decades.

In some ways, for me, Thanksgiving abroad has been more difficult to come to terms with than Christmas overseas. While everyone everywhere we’ve been has joined us in celebrating Christmas, we’ve had to work, as we’ve roamed, to preserve our own Thanksgiving traditions.

We’ve striven each year to have the complete meal—roast turkey, homemade stuffing using my grandmother’s recipe, cranberry sauce, mashed potatoes, gravy, green bean casserole, corn, and biscuits, plus pumpkin pie for dessert—and to share it with as many local friends as possible, everywhere we’ve happened to find ourselves come Thanksgiving Day.

Trouble was… you couldn’t buy a turkey, plucked or in any condition, really, other than roaming around a barnyard, in Waterford when we first arrived on the scene.

Nor could you find cranberry sauce or pumpkin filling for making a pie in any supermarket.

In Panama City, Thanksgiving was far less of a challenge.

One area of the freezer section is given over each year at this time to turkeys, available in any size you might want, up to 30 pounds and more.

We’ve celebrated many Thanksgivings in Panama City, inviting, each time, a houseful of local guests, including other Americans, but also Panamanians, Germans, Russians, British, and Canadians we’ve become friends with here. For them, the meal is mysterious and exotic.

Thanksgiving In Paris And Ireland

It was an hour-long hike that we enjoyed much more going than returning, as, for the walk back home, we’d be loaded down with sacks of American specialty items we indulged in at this time of year only. In addition to cranberry sauce and pumpkin pie filling, the tastes of American life we splurged on included Kool-Aid and Kraft Macaroni and Cheese for Jackson and Aunt Jemima pancake mix and syrup for the bunch of us.

Jackson had never heard of Kool-Aid or Aunt Jemima before our visits to Thanksgiving, so, for him, these indulgences became as associated with the annual American feast day as turkey and mashed potatoes.

The turkey, though, you couldn’t get from Thanksgiving… or from any supermarket in Paris, at least not a turkey of the size we wanted for our big annual Turkey Day. This we had to special-order, weeks in advance, from a boucherie, or butcher.

Fortunately, for us, there was a great one on our block. One year, though, we waited too long to place our order, and our neighborhood butcher wasn’t able to oblige our turkey request.

We found another boucherie, in the 1st, who was. Thanksgiving Day, around noon, Lief set out, on foot (we didn’t own a car while in Paris), to retrieve our roasted bird from the mile-away butcher shop. Lief returned, a couple of hours later, winded and weary. It’s no easy thing, he had learned, to carry a 25-pound turkey, still hot and steaming and wrapped in aluminum foil on a wooden board, a mile through the center of Paris.

Six-year-old Jackson, who’d accompanied his dad for the turkey hunt, had carried back the sack containing the roasting juices.

“I knew I’d better not show up without the juices for the gravy,” Lief explained as he dropped the board with the turkey on the dining room table and then collapsed on the sofa. “Good thing I had Jack to help.”

We’d ordered the turkey roasted, as we’d learned, the year before, that our Paris apartment-sized oven wasn’t Thanksgiving turkey compatible. We could squeeze a 10- or 12-pound bird into our little oven, but nothing bigger.

Likewise, our Paris apartment-sized kitchen wasn’t built for preparing Thanksgiving feasts, but we managed. Lief, Kaitlin, Jackson, and, often, friends of Kaitlin and Jackson, would pitch in. When we ran out of counter space, the kids would stand in the corner of the kitchen, in the hallway off the kitchen, or out in the dining room holding a tray of biscuits awaiting its turn for the oven or a bowl of bread crumbs that would become the stuffing as soon as I found room somewhere to sit a bowl big enough for combining the ingredients.

One year, the second of two trays of biscuits was put in the closet off the kitchen for safe-keeping while the first tray was in the oven. Only in the rush of things it was forgotten. I guess no one wanted to mention the shortage of biscuits at dinner, and I didn’t discover the tray of uncooked dough until the next day when I opened the closet door to put away the table linens from the night before.

We faced our biggest Thanksgiving challenges, though, in Waterford, years ago. As I said, back then, you couldn’t buy a plucked and oven-ready turkey in the supermarket.

Our first Thanksgiving in Waterford, I found this out the hard way, by asking at every market in town. In Waterford, unlike in Paris, I wasn’t even offered the option of special-ordering a turkey, roasted or not. My inquiries met with blank stares.

Finally, I asked a friend, Gerri.

“I understand that you don’t have Thanksgiving here in Ireland,” I said, “but you do eat turkey, don’t you? Where do you get it?”

“You raise it. Or you buy it from a farmer,” Gerri explained.

By the time we left Ireland, seven years later, it was possible to buy a frozen turkey in any of the big supermarkets that opened while we were Waterford residents. However, those first few years, a turkey for roasting was a home-grown specialty.

Our first Thanksgiving in Waterford, therefore, Gerri introduced me to a farmer friend of hers able to oblige my turkey agenda.

We could have paid him to pluck the bird for us, but Gerri thought it’d be fun for me to pluck it myself. So she and I, one cold, misty November Saturday morning, found ourselves in the drafty old barn of her farmer friend, recently dead turkey on the plank table before us.

Here’s what I can tell you from that experience: Turkey skin does not part readily with its plumage.