A Guide To Tax Obligations For U.S. Citizens Living Overseas 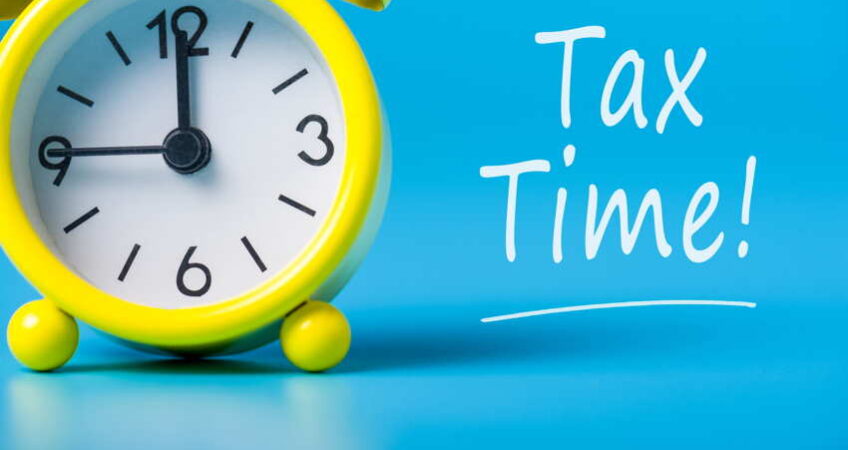 The United States and Eritrea, a small African nation, are the only two countries in the world to tax citizens on their worldwide income no matter where they live. Other countries tax their citizens only when they reside or earn money in that country.

The bottom-line practical takeaway from this is that, no matter where you move in the world, you’ll still owe something to Uncle Sam every year, even if it’s just paperwork.

I don’t recommend making life decisions based on taxes alone. That can translate into miserable living. Several U.S. states, including Florida, Texas, and Nevada, impose no personal income tax, but I wouldn’t move to any of those places because, frankly, I don’t find them appealing places to live. No amount of tax savings is going to change that.

The same holds when going offshore. Don’t restructure or reinvent your life just to be able to take advantage of low tax bands… and don’t choose a country to move to based solely on its approach to taxation.

However, there are plenty of places with good residency visa options that also have potential tax benefits, and if it happens that the place that makes sense for your residency also comes with a favorable tax situation, all the better.

What should you be looking for when you assess this criterion? Countries that tax residents jurisdictionally. This is when a country taxes you on income earned in that country only, even though you’re a resident. It’s this approach to taxation that creates the biggest opportunity.

Residing in a country where taxation is based on the jurisdiction, it’s possible to organize your affairs in a way that can reduce or even eliminate your tax burden. Countries that take this approach to taxation are referred to as tax havens.

Panama is a good example of this approach. As a resident in Panama, you are taxed in Panama only on income earned in Panama. It is easy, therefore, to live in Panama as a retiree and owe no taxes locally. Belize, Malaysia, and the Dominican Republic also tax jurisdictionally (but a foreigner could be subject to tax on certain foreign investment income in the DR).

Another approach a country can take to taxation is referred to as a remittance-based system. This is when a country taxes you only on income you bring into the country. Income earned outside the country and not brought into the country (not remitted) is not taxable.

Jurisdictional taxation benefits entities set up in Panama that aren’t doing business in Panama, but it also benefits residents of Panama who earn their money outside of the country. You are still likely to be taxed in the country where the income is earned, but you don’t have to worry about reporting non-Panamanian income in Panama for your company or yourself if you’re living there.

Panama also doesn’t tax interest income earned from banks… so your CDs in Panama incur no tax in Panama. For Americans, it’s moot since they’ll still pay taxes in the United States on that interest income, but for non-Americans depending on where they live and their tax situation there, it could mean no taxes at all on their interest income. Specifically, if a non-American is a tax resident in Panama, that would be the case.

Revenue from agriculture is also exempt in Panama up to US$350,000 of gross revenue. Invest in a farm operation in Panama and you can pay no taxes in Panama. However, the same caveats apply for Americans who will have to report the income in the United States and pay taxes to the United States on the income. Non-Americans living in a jurisdictional taxation country whether it’s Panama, Costa Rica, Malaysia, or elsewhere could end up not paying any income tax on their Panamanian farm income.

From a tax standpoint, Panama gets an A+ for non-residents and companies not doing business in the country. For residents, it gets an A, as you’d only be taxed on income earned in the country and the tax rates for that income are low on a global standard.

Like Panama, Belize does not tax your income earned outside of Belize.

As a QRP resident, you will also enjoy a 50% reduction when paying the departure tax if leaving the country via the airport and not at all when leaving over land.

Other QRP benefits include duty-free importations for your personal vehicle or golf cart not more than five years old, household contents, and noncommercial boat or plane. This can save a significant amount of money, as the customs duty on vehicles is high in Belize. The vehicle can be upgraded every three years duty-free, but you must pay duty on the old vehicle at its depreciated value if you keep it or sell it. The duty exemption on household items covers anything you might reasonably expect to find in a home or garage, including all tools, appliances, furniture, mobility equipment, exercise machines, and more.

All income from foreign sources such as pensions, interest and dividend income, and foreign-earned income is exempt from Malaysian taxes. However, income received from employment or business within Malaysia is taxable.

If you sell real estate, you are responsible for paying real property gains taxes (RPGT). The amount varies according to the length of time that you owned the property. Malaysia My Second Home (MM2H) holders qualify for a reduced rate and are exempt from paying the RPGT if the property has been held for at least five years.

Thailand taxes income not jurisdictionally but on a remittance basis. Anyone who has lived in Thailand for more than 180 days in one calendar year is considered a tax resident and may have to pay annual income tax based on the money that has been earned in Thailand or brought into the country.

Although Thailand does not levy property taxes on freehold property, any property that has been purchased with a long-term lease is assessed at an annual property tax of 2.5%. Any taxes or duties related to the purchase or sale of real estate are paid at the time of the transaction.

Interest earned while your money is on deposit in a Thai bank is exempt from taxes up to 20,000 baht. If the interest earned exceeds that amount, the excess will be taxed at 15%. The bank withholds this tax, so if interest income is all that you have earned in Thailand, filing Thai taxes won’t be necessary.

While Portugal isn’t a traditional tax haven, it does offer a unique opportunity called Non-Habitual Resident (NHR) status that allows you to live in Portugal tax-free for 10 years.

Once you’ve been granted a residency visa, the process of applying for NHR status is relatively simple, you just have to meet two main criteria:
You cannot have been resident in Portugal in any of the previous five years.
You must be retiring to Portugal or fall into one of the approximately 30 occupations listed by the government, including architects, lawyers, engineers, senior management, health professionals, and individuals who will be fostering inward investment.

Malta is another country that taxes foreigners on a remittance basis and offers a program to take advantage of an attractive tax deal.

The main way for a non-EU national to live in Malta is via the Global Residence Program. This program offers the applicant a flat rate tax of 15% on income remitted to Malta with a minimum tax liability of 15,000 euros per year. This amount also covers all dependents.

The only requirement for the Global Residence Program is buying or renting a home in Malta. There are different categories for the qualifying real estate. In Central and North Malta, the immovable property’s price must be at least 275,000 euros. In the south of Malta and Gozo, the minimum investment is 220,000 euros.

For the very wealthy who want to reduce their total tax burden, Switzerland is still a top option. The Swiss government allows you to negotiate an annual tax with whatever canton you want to reside in. That tax is your only tax, i.e., there is no graduated tax on your income.

For those with multi-million-dollar incomes who live in a high-tax jurisdiction, Switzerland is a good choice for residency to reduce your overall taxes, but it isn’t an option for everyone.