Where To Drive A Tank In The United States 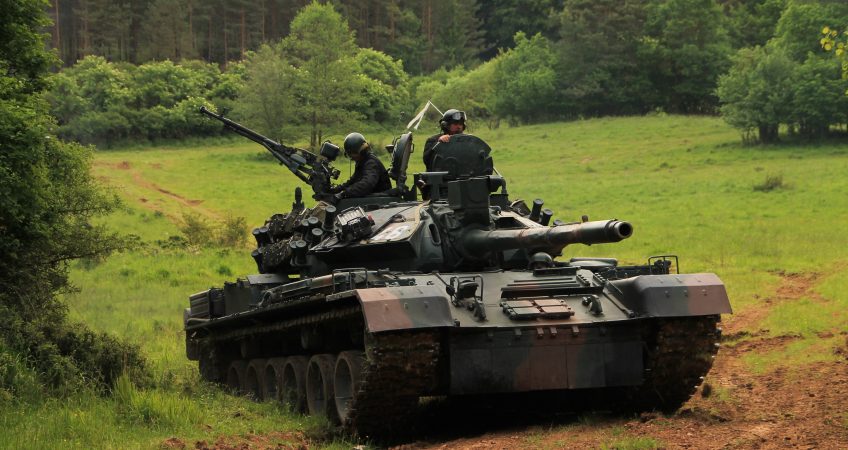 My son Jackson is in the French school in Panama, meaning he’s on the French calendar. He has a shorter summer (just two months, July and August) but four two-week vacations during the school year. It makes for a more manageable summer and allows for extended family trips throughout the year.

Last week was Jack’s “spring break,” and we’d been planning for months to spend it in the United States—driving tanks.

My wife and I have been living outside the States for about 17 years and don’t have plans to return, but we do appreciate the chance to spend time in our home country. It’s a great place to visit and one of a few places in the world, I discovered, where you can drive a tank without joining the army.

While there are a number of options for this in the UK, there’s but one place in the States, as far as I can tell, to drive a tank, and that’s Minnesota. So that’s where we went last week, my wife and I, our kids, and a longtime friend. We flew to Minneapolis.

The tanks we drove weren’t U.S. tanks. The U.S. military doesn’t dispose of unneeded tanks via army surplus sales. They don’t want anyone else having access to the technology. You can find a few privately owned U.S. tanks in the United States, but most are British or Russian.

Before they let you loose in a tank in the fields about an hour-and-a-half outside Minneapolis (in fact, they don’t really ever let you loose, as one of the staff is right there with you all the time), they sit you down for a safety and history briefing.

The tank was an invention of the Brits, who were looking for a way to breach enemy trenches during World War I. They kept development of the armored vehicle secret, leaking that they were developing a mobile water tank that would allow them to deliver fresh water to their troops.

It didn’t take long, though, once the first tanks were sent into battle, for the Germans to conceive appropriate anti-tank technology. The Brits introduced their tank, capable of driving over the German’s trenches, so the Germans made their trenches wider. The Brits loaded each tank with a pile of sticks to drop into the wider German trenches to support the tank’s crossing, so the Germans flooded the trenches to wash away the sticks. The Brits designed a solid frame that couldn’t be easily washed away…and so on.

Despite all this back and forth with tank strategy, driving a tank isn’t very different today than it was when the British rolled out their first models 100 years ago. You’ve got a gas pedal, a brake, and two sticks to steer with. My friend and I opted for the Five Star General package, which meant we each got to drive four different types of tanks (one over a car).

After our tank-driving adventures, the bunch of us went inside to the gun range where we took turns shooting off various kinds of machine guns. It’s great fun for about two seconds at a go, as that’s all the time it takes to use up your allotted ammo. Still, it’s an experience to be had, and I highly recommend it. Great family fun.

You can find out more at www.driveatank.com.

P.S. The United States is a great place to spend time if you can stomach the ordeal of coming and going. This trip, my wife was pulled aside upon arrival at the airport in Newark for a secondary check at customs. “Before we begin looking inside your bag,” they asked her, “is there anything you’d like to change on your customs declaration?”

“Did you pack this bag yourself? Everything inside is yours? Nothing we find in here is going to surprise you…or us?”

And on and on.

After harassing her for 20 minutes, emptying the entire contents of her suitcase piece by piece onto the counter, and then essentially taking her suitcase apart and shaking it, hoping, I guess, that something of interest might fall out, they finally, begrudgingly let her go. So they could move on to their next victim.

Welcome to America.ever having a problem.

“Lief, my wife and I are long-term subscribers to many of your wife’s Live and Invest Overseas publications and attended your conference in Scottsdale a couple of years ago. We’ve enjoyed all of the information you’ve provided to us over the years and have started our overseas adventures. For our first adventure, we decided to live in Southeast Asia for a year to have time to explore that area. Our time here will be drawing to a close in a few months. We next plan to move to Europe and hopefully will be able to spend several years living there. We’re looking forward to exploring all of the wonders and beautiful sights that Europe has to offer.

“The reason why we’re writing to you is we hope you may be better able to explain to us what the maximum time limits are that we’ll be able to stay in the various countries in Europe. We understand, for instance, that a U.S. citizen is able to stay in England for a maximum time period of six months and in Ireland for three months. We also understand the maximum time to stay in any of the countries who are included in the Schengen Agreement (which appears to be the vast majority of the countries in continental Europe) is three months. However, we don’t have a very good understanding of how long you must then be out of those countries before you’re able to return to them again and what the time frames are to be used in calculating this. We’ve read things in various publications and online, but to be honest, much of the information seems to be conflicting. So, I’m writing to you to see if you may be able to clarify these questions for us in a simple, easy-to-understand manner.

“Another thing we read and that we’re wondering if you could comment on, as well, is a way to possibly be able to spend more than three consecutive months (up to six months) in the Schengen agreement countries at one time. This strategy would involve taking a trip to a Schengen country for one day and then returning to England or Ireland. Does this sound like it would be legal to do something like this?”

All that said, no one is paying close attention to Americans or Canadians coming and going throughout the Schengen area. I’ve known Americans who have spent years in France without ever having a problem.