Will The U.S. Dollar Continue As The World’s Reserve Currency? 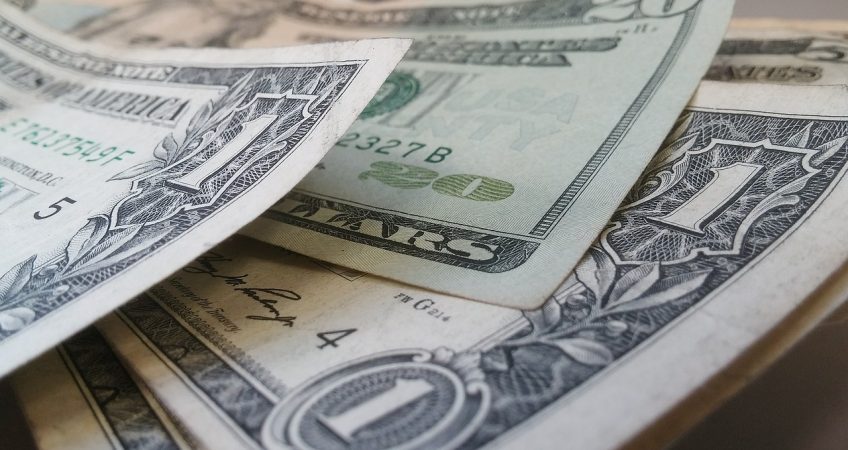 I got peoples’ attention with my “I Confess: I Don’t Care If The U.S. Dollar Collapses” headline last week. Boy, did I get mail, positive, negative, and lunatic.

Some readers wrote to point out that the U.S. dollar is on a run and isn’t going to collapse anytime soon…or ever.

Others argued that no level of diversification could soften the impact of the U.S. dollar collapse when it comes and that my suggesting otherwise was naive.

Putting aside the unintelligible email from the reader who I fear forgot to take his meds that day, the dozens of responses I received were all reasonable but, I’d say, missed the point.

The U.S. dollar is on its way out as the global reserve currency. I didn’t mean to suggest otherwise. FATCA is helping to accelerate this eventuality, making working with U.S. dollars ever-more practically unappealing. This isn’t the major factor at work, but it is contributing.

If the shift away from the U.S. dollar that FATCA is spurring were the only factor in play, then a collapse wouldn’t be in the cards but a slow demise. Making that scenario less likely than a more dramatic event are the U.S. money-printing machine and the mountain of ever-expanding U.S. debt.

The fall of the dollar will happen sooner or later, and the process to this end is already well under way. My point is not that the dollar will not die. My point is that that shouldn’t be something you lose sleep over. Neither you nor I can do anything about the future of the U.S. dollar, its value, or its position as the world’s reserve currency. The only thing we can do is focus on our own situations and organize our financial lives so that we can weather the storm, whenever it strikes and however blustery it blows.

Diversifying Out Of The U.S. Dollar

How do we do that? By diversifying out of the U.S. dollar.

The Chinese government is doing it. They hold almost 10% of U.S. public debt, or about US$1.3 trillion. China is buying gold and euros. They know that selling off a significant volume of U.S. treasury bonds would impact the U.S. dollar and make the remainder of their holdings worth less (not worthless). So, instead, they are diversifying their holdings.

China is also working with Russia to trade with each other in their own currencies without running transactions through the U.S. dollar. More of this will fuel the shift away from the U.S. dollar as the global reserve currency, but it’s also more diversification for the Chinese.

And it’s an example we individual investors should be paying attention to.

Argentines have been organizing their personal financial lives in this way for generations. No Argentine with liquid assets keeps them all in Argentina. Everyone in Argentina struggled when their currency collapsed in December 2001, but those who had at least some of their assets outside the country struggled less.

Venezuelans have different reasons for wanting to move whatever money they have out of their country, and Latin Americans in general have a tradition of moving liquid assets to what they perceive to be safe havens beyond their own borders. Right now, Panama is the top safe haven for the region.

Americans haven’t suffered a real economic crisis since the Great Depression. U.S. markets have seen ups and downs, sure, but nothing that dramatic in 75 years. Plus, Americans (I’m one so I can admit this for us all) are insular and insulated. If an American investor has his capital divided among U.S. real estate and mutual funds, he thinks he’s diversified.

That’s not diversification, not really, and it’s certainly not a level of diversification that will protect you when the next big financial disaster strikes Stateside.

Whether you believe the U.S. dollar is going to collapse, die a slow death over decades, or rule the global financial scene for millennia, global diversification of whatever assets you have is the only sensible way to hedge your prediction, to make it so you don’t have to lose sleep worrying whether your position will prove the right one. Diversifying offshore, among as many markets, political scenes, economies, and currencies as your investment budget allows, protects you down the line, against the decline or the collapse of the U.S. dollar, against any downturn of the U.S. economy, and against the downs of every other market you’re invested in, too.

Some readers who responded to my “I Don’t Care” headline argued that, if the U.S. economy crashes, everyone everywhere will suffer. No matter where you’re living or where you’re invested, your life as you know it will end.

I don’t buy that. Yes, a dramatically negative financial event in the States will have big and far-reaching repercussions, but the world won’t come to an end overnight. I spend time in a number of places that I believe would carry on business as usual regardless of the situation with U.S. markets. One reason I like remote outposts like Cayo, Belize, and Veraguas, Panama, where my Los Islotes community is based, is because these are places where things like the value of the U.S. dollar and its position as the world’s reserve currency are remote or even unimagined concerns. In places like this, life can be simple, and it can carry on regardless of the state of affairs in D.C. or on Wall Street.

No matter on which side of this argument you fall and no matter whether you’re right or wrong in that position, if you have diversified your wealth across borders and currencies, you’ll survive to invest another day.

“Lief, I just received my first issue of your letter, and I already have a question. You talk about the five best countries to get started to diversify, but you never mentioned a not-for-profit corporation with a 501c3. Is a not-for-profit organization a possibility such as a division of the National Federation Of The Blind? Or can set up your own not-for-profit corp? Your thoughts on this subject would be greatly appreciated.”

“Not for profit” is a tax status granted by an individual country. In the case of the United States, 501(c)(3) status allows qualifying taxpayers to write off donations on their tax returns. Being a U.S. nonprofit entity, though, doesn’t mean much in another country. You’d have to apply for nonprofit status in the country where you want to operate. Note further that Americans donating to your non-U.S. entity wouldn’t get a U.S. tax deduction.

I’ve spoken with Panamanian attorneys about establishing a nonprofit organization in this country and have been advised that it’s not an easy thing to get approved.

If you want to work with a specific group (the National Federation Of The Blind, as you mention), the place to start might be to speak with them to see if they have international branches already established.

america bank euro FATCA U.S. Debt U.S. Dollar Collapse World Reserve Currency
Share:
Offshore Living Letter ® 2022
Legal Sitemap Privacy Policy
* Type a keyword then press Enter
We use cookies to ensure that we give you the best experience on our website. If you continue to use this site, you're agreeing to our policies.Thanks, I Accept!Privacy policy