There Are Many Reasons For Going Offshore, Taxes Aren’t One 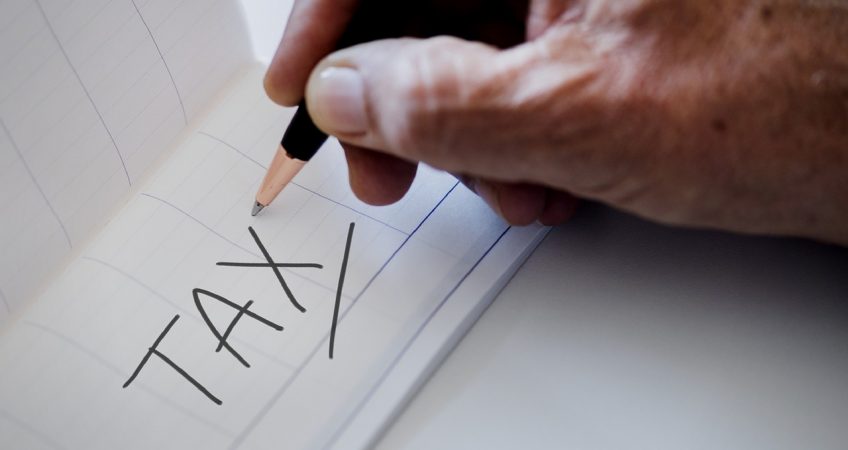 Thanks To Trump, Taxes Are Less Reason Than Ever To Go Offshore

Last week was the end of the official tax season for Americans.

We all got an extra day this year because the IRS’s online system crashed in the 11th hour. Too much traffic in the final hours leading up to the midnight deadline.

Seems more and more people wait until the last minute to file.

I filed an extension, as I normally do, so I have until Oct. 15 to complete my return.

This year I need the extra time more than ever thanks to the tax changes Trump has imposed on offshore corporations. As a result of the new tax code, my offshore businesses now have to pay the “repatriation tax,” due June 15.

I’ve always recommended against Americans using taxes as a reason to go offshore… because, while Americans have been able to (and still can) enjoy some tax breaks by becoming resident of another country, the bottom line reality is that the tax benefits for Americans overseas have always been limited.

An American living and earning an income overseas can take advantage of the Foreign Earned Income Exclusion to exclude his first US$104,100 of earned income from U.S. tax (that’s the figure for 2018; the figure is adjusted upward for inflation annually)…

In addition, an American has been able to get a tax deferral on retained profits for any U.S.-controlled foreign corporations.

Those rules hit the little guy, as well.

We all have eight years to pay up.

In addition to paying taxes due on accrued deferred income over the next eight years, U.S.-controlled foreign corporations now get to pay U.S. corporate taxes annually on their foreign income… albeit at the new corporate tax rate of 21% instead of at the old rate of 35%.

As I said, I’ve never seen taxes as a reason for an American to go offshore (though the tax advantages can be a big benefit for a non-American taking his life across borders).

Now they’re even less of a reason.

The Real Benefits Of Going Offshore

So… what are the benefits?

Diversification, opportunity, and security are the best reasons for anyone, including an American, to diversify offshore.

Years ago, I had a conversation with an American who had read that the euro was going to collapse. He got in touch because he knew I owned property in France. What was I going to do about my apartment in France, he wanted to know. Wasn’t I worried about the imminent euro debacle?

I explained that if the euro went away, France would bring back the franc… or it would adopt some other currency. My property would then be priced in that currency at an amount that reflected its value. An apartment in central historic Paris has intrinsic worth. You can denominate it in whatever currency you want.

In fact, if the euro were to collapse, I could take that as an opportunity to pay down the mortgage using stronger U.S. dollars (or not… as the interest rate on that mortgage is less than 2%).

Having an investment in euro that generates euro income, as this apartment has done for 14 years, isn’t only diversification for me and my family. It also adds a layer of security to our lives.

Who would prove right in the long run? Impossible then or now to predict.

That’s the point of diversification… so you don’t have to worry about which predictions will come true.

Currencies and economies go up and down. Sit with all your assets in a single market, and you get to ride the roller-coaster.

Break out into other options, and your portfolio stabilizes overall… while (potentially) expanding quicker.

A more stable financial portfolio isn’t the only hedge you can gain for your family by going offshore. Creating options for living and earning an income outside your home country gives you and your family greater security long term.

Our kids have second residencies and second passports. They can live and work in multiple countries, including the United States. If the economy of wherever they’re living and working begins to fade, they can pick up and move somewhere new with better options.

For Kathleen and me personally, another advantage of the international lifestyle we lead is that it allows us to beat the weatherman at his own game.

Beginning this year, our plan is to spend the best months in Panama each year—January through mid-April—and then to head to Paris for spring.

From there maybe August in Medellín, while it’s too hot in Paris…

The point is that going offshore creates options and options lead to opportunities.

What, specifically, could prove to be the biggest advantages of going offshore for you?

I couldn’t say. But I can tell you that staying where you are, wherever that is, and keeping everything you own there with you, is a narrow approach that will lead to limited upside.

advantages of going offshore live offshore reasons to go offshore second residency tax deferral
Share:
Offshore Living Letter ® 2022
Legal Sitemap Privacy Policy
* Type a keyword then press Enter
We use cookies to ensure that we give you the best experience on our website. If you continue to use this site, you're agreeing to our policies.Thanks, I Accept!Privacy policy