Real Estate In Lisbon: A Golden Opportunity For A Golden Visa 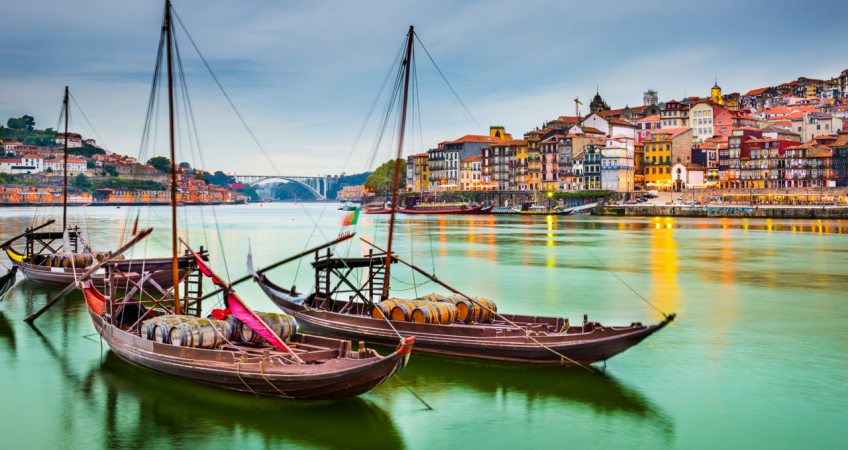 If You Don't See The Opportunity In This Top Euro-Market, You Aren't Looking Hard Enough

The question on many minds at last week’s Live and Invest in Portugal Conference was whether the Lisbon real estate market is a bubble… or not.

Prices in the Portuguese capital have pushed beyond 7,000 euros a square meter…

However, it’s also a superficial interpretation of this market.

The properties primarily targeting foreign buyers shopping not so much for a piece of real estate as for an investment that qualifies them for Portugal’s Golden Visa residency program.

In Lisbon you need to invest 400,000 or 500,000 euros, depending on the age of the property, to qualify for Golden Visa status. Not surprisingly, many developers renovating buildings in this city have taken to pricing their apartments for sale right at that price.

People (primarily the Chinese, who have become a big mover in this market) buy not because they are getting a great deal on an apartment but because the apartment gets them a visa. The per-square-meter price is almost irrelevant.

Here’s the important thing to understand—those apartments are just a small segment of this scene.

Yes, the Golden Visa Effect means that the best neighborhoods are expensive by local standards, but many other areas of Lisbon are still good values… especially if you’re up for a renovation project.

The key is to look at up-and-coming neighborhoods rather than the higher-profile spots.

In the lower-priced neighborhoods of this city you can find apartments for as little as 2,000 euros a square meter. Of course, you can’t buy just any piece of property at the lower end of the spectrum and expect it to see rapid appreciation over the next few years… but I believe that is exactly what you can expect if you buy right.

The Best Opportunities For Purchasing In Lisbon

Where should you be looking right now?

Restelo, next to the city’s embassy row, is a traditionally upper-middle-class neighborhood that is seeing an influx of Lisboans moving out of the now overpriced more central neighborhoods of their city…

The Benfica and Sete Rios areas have been targeted by big international businesses that have chosen to base themselves where they can hire good staff at local (non-city-center) salaries. The workers are happy to make less than they might working for a city-center firm because they don’t have to commute to the business district. It’s a win-win for everyone that is creating a zone of opportunity… not only for business owners but for real estate investors, as well…

The hip and trendy Ajuda and Pedrouços areas, traditionally lower to middle class, are attracting young professionals who appreciate the affordable real estate and the proximity to the river…

I could go on, but you get the idea.

Is the Lisbon real estate market a bubble?

To answer the question directly… I’d say, no, it is not.

Specific neighborhoods, yes… but the city as a whole… no.

Not only are the over-valuations localized… but the market overall is being supported by both local growth and foreign buyers.

In addition, the Lisbon property market isn’t highly leveraged. Foreign shoppers buying for access into the Golden Visa program have to pay cash to qualify.

To clarify, a foreign investor must pay cash up to the minimum required investment amount. An investor could put down 500,000 euros on a 1 million euro apartment and qualify for his Golden Visa, but most aren’t doing that.

Most investors buying into this market for Golden Visa status see the investment as both a path to residency and also as diversification into an acknowledged safe haven. They’re happy to park their cash where they believe it will be treated well.

A foreign buyer who chooses to finance his investment is eligible for at best a 60% to maybe 70% loan-to-value mortgage, and most locals own outright, many inheriting their properties from family.

So, again, not much leverage in play… certainly not compared with the situation back in 2008, when banks were giving 100+% mortgages.

That was a bubble. This is an opportunity.

Because, based on my Brogues-on-the-ground reconnaissance this past week, speaking with dozens of local investors and industry experts, I believe Lisbon is going to continue to attract growing numbers of foreigners looking to spend both time and money in this city on the rise.

As a local friend put it over lunch today, “Coming off our dictator years, Portugal had to learn how to play on the world stage. It took us a couple of decades to become comfortable in that conversation and to be taken seriously at that level.

The world is taking notice.

Portugal and its capital city have been long ignored for both investment and tourism. Now that this country is getting attention, I believe it’s going to see continued growth for some time.

In addition to its Golden Visa program, Portugal also offers what it calls a Non-Habitual Residency (NHR) tax regime that gives new residents a 10-year tax holiday. This incentive is attracting retirees from across Europe as well as younger folks looking for work.

Meantime, international companies are recognizing the opportunity to base themselves in Portugal. One big French company, for example, Teleperformance, has chosen Lisbon as its call-center base and is hiring native speakers of dozens of languages to staff its five locations. All those new employees need places to live…

With real estate prices up more than 10% on average in this city as a whole last year, a real estate investor taking a superficial look might conclude that Lisbon has reached a peak.

investing in portugal lisbon lisbon real estate portugal real estate in Portugal residency in Portugal
Share:
Offshore Living Letter ® 2022
Legal Sitemap Privacy Policy
* Type a keyword then press Enter
We use cookies to ensure that we give you the best experience on our website. If you continue to use this site, you're agreeing to our policies.Thanks, I Accept!Privacy policy