The Growing Political Divide And What It Means For Your Investments 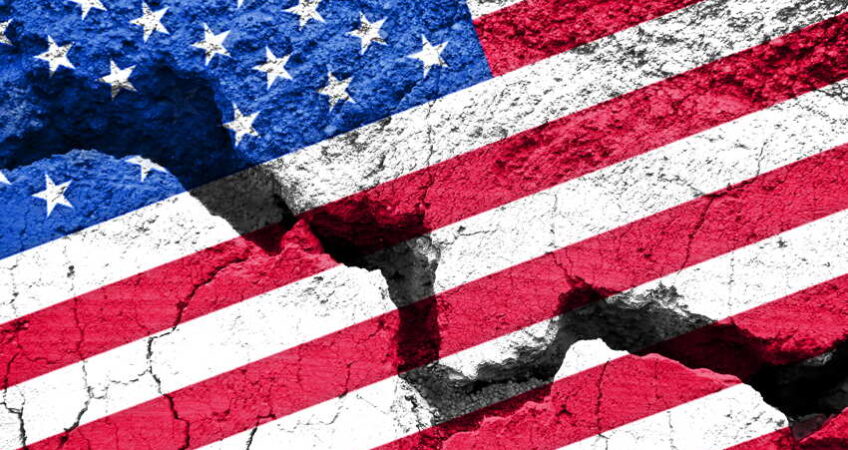 Investing In The Current Political Climate

I just finished a fascinating read.

It’s called “The Big Cycle Of The United States And The Dollar,” written by investor and economist Ray Dalio.

If you have an hour or two to spare this week, I suggest you read it. It’s available free on Ray’s LinkedIn profile.

While it’s an excellent research paper overall, one thing that stood out to me above all was the above quote.

Particularly because political swings from left to right are becoming ever greater, with policies more and more extreme.

And this can have a profound negative effect on your wealth.

Which raises the question…

What’s the best way to protect your assets in this increasingly challenging political landscape?

The Rise Of Populism In America, And Why It's Dangerous

To understand what’s going on, we must look at how we ended up in this situation.

Political division is standard. All people can’t agree on everything.

However, extreme levels of division, like those we see today, are almost always connected to the wealth gap.

Now, before I scare you too much, let me say that I don’t think America is approaching such extremes. I do, though, think that both Democrats and Republicans are drifting in this direction when it comes to one area—government control.

You see, while fascists and communists differ in their economic views, with the former supporting private enterprises and the latter in favor of collectivism, they both believe that national interests are above those of the individual.

And they use that position to justify a robust government presence in the economy.

Again, I’m not saying the United States is run by fascists and communists. But we are seeing increased government intervention in the economy under the pretense of “it’s in the national interest.”

Whether you support such moves or not, isn’t the point. I’m concerned only with the effect this trend could have on investment markets. As an economist, I can tell you that, typically, this has negative implications on one’s wealth.

It’s crucial to be aware of this because both presidential candidates right now are looking for more government control of the economy.

Trump, with his tariffs and ultra-hawkish foreign policy, is influencing whole economic sectors in the interest of “protecting” America’s dominance in the world. A classic nationalist move.

Biden, while focusing more on domestic issues, is looking for increased regulation (another word for government intervention) and higher taxes on the rich. A classic socialist move.

Please don’t be alarmed by the words “nationalist” and “socialist.” The current situation isn’t extreme enough to fit either of those descriptions.

However, again, they behave similarly in one critical aspect—seeking more government control of the economy.

How To Position Your Portfolio For The Next Presidential Term

The big question, to return to the real point, is:

How does this affect your wealth?

In either case, I’m afraid the golden years are behind us.

Unless, of course, you’re investing in gold, in which case a more appropriate observation would be, “The golden years are upon us.”

I say this because in either event, a Biden or a Trump presidency, precious metals should appreciate.

A Biden presidency is almost universally viewed as not-the-best for the economy. Mainly because his higher tax policy will dampen corporate profits. This is also why investors typically don’t like left-leaning politicians.

Because gold competes with other investments for capital, including stocks, declining prospects in those make precious metals more attractive.

Moreover, a Biden presidency would represent a significant shift in economic policy from Trump’s market-centric approach, creating uncertainty about the future. Again, this is the kind of environment that benefits gold.

On the other hand, if Trump is re-elected, we know what to expect—more protectionist foreign policy.

And judging by the last four years, this means high market volatility, global political uncertainty, and more trade disputes. All of which benefit gold.

If you’re looking to add gold to your portfolio, here are three ways to do it without needing a storage facility.

Overall, the most important thing to focus on for the next four years is diversification.

Diversify across industries instead of focusing only on the hottest tech stocks.

Diversify across asset classes by investing in precious metals, stocks, and real estate.

And diversify across countries. Buying real estate around the world is now easier than ever.