Is There A Perfect Time For An Overseas Property Purchase? 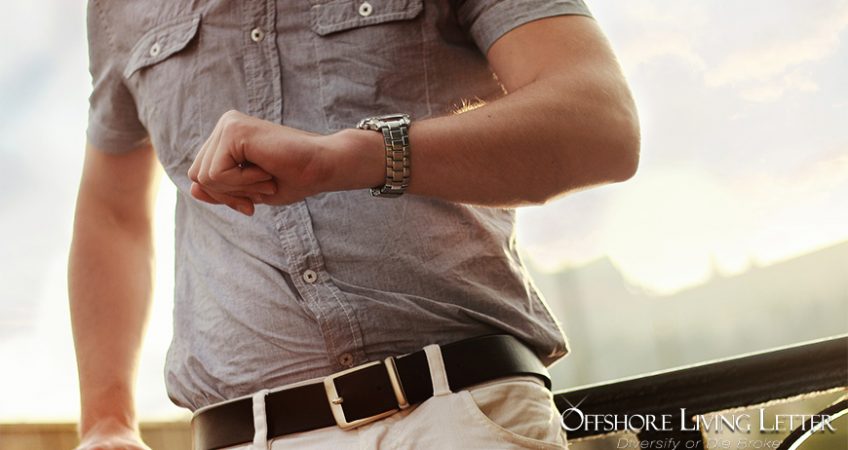 The U.S. dollar continues at highs against currencies around the world, including the British pound and the euro.

Pundits are predicting more of the same.

It reminds me of a few years ago, when those who try to crystal-ball this stuff were calling for the collapse of the U.S. dollar.

I guess they jumped bandwagons because the direction of the dollar changed.

If the dollar is moving down… it will continue down, right?

That’s how this works, isn’t it?

The truth is, that kind of thinking can lead to big missed opportunities…

As it is right now for some I’m hearing from.

Because some predictions have the U.S. dollar continuing to gain ground on other currencies worldwide, some are thinking it could be prudent to watch a bit longer… to let the dollar strengthen further before investing beyond it so as not to lose out on any additional currency upside to come.

I’ve always recommended against trying to time overseas property purchases according to currency movements. Because, again, it very often leads to missed chances.

You have to invest when the real estate market you’re looking at is ripe and when you identify a purchase that fits your criteria.

Buy the right property at the right time for the market. If the relevant exchange rates are in your favor at that moment, great.

I Say Pull The Trigger Anyway

I tell a story about a reader who got in touch with me back in 2011 when I was buying an apartment in Medellín. He wrote to chastise me for investing in Colombia at that time because he believed the Colombian peso was overvalued.

He intended to invest in Colombia, he told me, but he was going to wait until the dollar strengthened against the peso.

Whether the reader’s currency analysis was astute or just lucky, it did play out. The peso’s value dropped from around 1,750 to the dollar when I bought property in 2011 to 3,400 to the dollar last February.

On the currency score, the reader’s prediction came true.

However, in a total analysis, he lost out.

Over the past six years, the value of the apartment I bought in 2011 has more than doubled in peso terms… and, even with the currency movements of these past six years, it’s worth more in dollar terms, too.

Sure, 15% appreciation over 6 years isn’t a great return on investment, but you have to consider the rental income over that time, as well as the opportunity for personal use.

You also have to remember that I’m not selling today. When the Colombian peso rebounds versus the dollar (and, yes, I said “when”… not “if”), my ROI will increase even if the value of the property ceases to appreciate.

Which leads to the relevant point to be made right now:

While pundits are predicting a stronger dollar, I don’t.

I believe we are already at the turning point.

Over the past four years of the dollar’s spectacular bull run, we’ve tracked it against a handful of currencies of most interest to us in particular.

The dollar has begun to lose ground against every one of these currencies, including the euro… and the Colombian peso.

The value of my apartment in Medellín is increasing in U.S. dollar terms in real time.

For the past four years, we global property investors with U.S. dollars to spend have enjoyed a golden age of opportunity.

I believe we are at the beginning of the end of this era.

What does that mean for you?

If you’ve been considering a property purchase overseas, right now is the time to stop considering and start acting.