Options For Getting Your Child A Second Passport At Birth 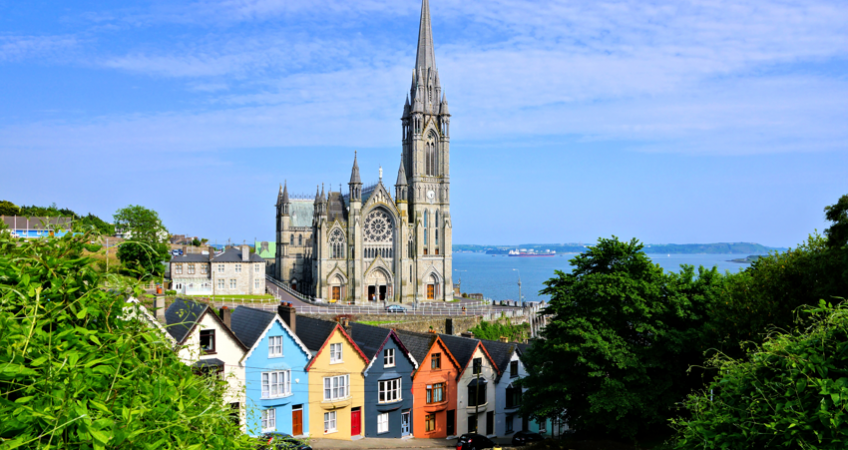 Kathleen and I were living in Ireland when our son Jackson was born.

I wish we could take credit for being impressively strategic in our planning, but the truth is that Waterford just happened to be our home when Jackson arrived on the scene.

You could say that this geographic happenstance turned out to be the most fortunate accident of our lives… because it equipped our son with an EU passport from birth.

At the time, Ireland granted citizenship based on jus soli, or right of the soil. We benefitted from that constitutional position accidentally, but, at the time and over the few years following, thousands of pregnant Nigerian women realized this backdoor to the EU and made the trip to Ireland with the intention of having their babies on auld sod soil.

They arrived in the final stages of their pregnancies as refugees. While their refugee applications were in process, they had their babies. This allowed them to switch their status from “refugee” to “parent of an Irish-born child.” As the parent of an Irish-born child, they received automatically and immediately the legal right to live and work in the country… as well as the right to request welfare from the State.

Ireland wasn’t in a position to support this kind of citizenship tourism. It’s a small island with a small population and not a terribly strong, diversified, or stable economy.

In 2004, the Irish held a referendum and voted to amend their constitution and eliminate jus soli. They had been the last Western European country to allow it.

Options For Getting Your Child A Second Passport At Birth

Today, the number of countries that will give you citizenship simply for being born within their borders is down to 30. The list includes the United States and Canada, both of which are now potentially facing the citizenship tourism challenges that ultimately forced Ireland to take jus soli off the table.

Unlike Ireland, neither the United States nor Canada allows the parents of a U.S.-born child to stay in the country. If you have a baby on U.S. or Canadian soil, that child is automatically a U.S. or Canadian citizen… but you do not acquire residency status. After the baby is born, you have to go back to wherever you came from… presumably taking the baby with you.

Some Canadians are lobbying for the elimination of jus soli, but the statistics don’t bear out any real cause for concern. Just .1% (that’s one tenth of one percent) of babies born in Canada in 2017 were to non-Canadian mothers.

If you’re an American or Canadian considering having a baby, you could organize a second citizenship for that child by driving over the U.S.-Canadian border for the birth. Just a thought…

That aside, you have other options for arming your child with a second citizenship from birth.

Twenty-nine of the 30 countries allowing jus soli are in the Americas—that is, in North America, South America, or the Caribbean. Number 30 is Fiji.

Included among the 29 countries that grant citizenship by birth are Caribbean island nations that also offer citizenship-by-investment programs. Give birth to your child in Saint Kitts and Nevis, Antigua and Barbuda, Saint Lucia, Dominica, or Grenada and save yourself hundreds of thousands of dollars in “donations” for the same result.

Well, not quite the same result. That strategy would mean a second passport for your child but not for you.

Also note that, if you’re living in a non-jus soli country as a legal resident and have a baby in that country, your child could become eligible for citizenship in that country after having lived there for some period shorter than the standard for naturalization. If having a child while living overseas is a realistic possibility for you, you should research the relevant local laws. They vary country to country.

However you achieve it, getting a second passport for your children is a great legacy planning tool.

Thanks to his Irish passport, Jackson can live and work anywhere in the EU. Who knows if he’ll ever want to… but he has those options.

The one thing he’ll have to consider is that, because he was born outside the United States, his children won’t automatically be U.S. citizens if they, likewise, aren’t born in the United States… not unless Jackson lives in the States at some point for at least five years.

In other words, remember to look into the rules as they relate not only to the next generation but the generation beyond, as well…