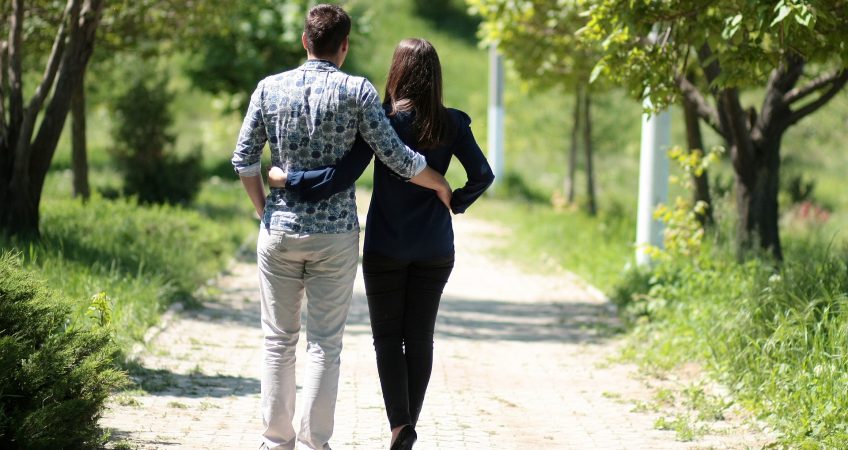 How Lief Got His Start

Today I thought you might be interested to hear how Lief and I came to be living the life we’re living.

Ours isn’t the story of a couple of retirees, but we’re hardly the only 30-somethings to take our dreams global (as we did, years ago, when we were a couple of 30-somethings). Increasingly, retiring overseas has nothing to do with your age.

For Lief and me, the adventure began with a weeklong tour of Ireland that I had packaged and marketed to readers of the travel magazine I was publishing. I planned to lead the tour and invited my parents and my then 8-year-old daughter to come along. It was a chance for a family vacation that doubled as a preliminary scouting expedition.

I had, at the time, a clear personal agenda: I wanted to live in Europe. Fortunately for me, this coincided with a professional opportunity. The publishing company where I’d become a partner had an interest in establishing a presence in the EU. This was the age of the Celtic Tiger, and Ireland was working hard to attract further foreign investment. Its Industrial Development Agency (IDA) was offering a corporate tax rate of 12%, grants for each Irish national employed, and other incentives to foreign companies that’d agree to establish offices in certain Irish cities. This program got our attention, and a plan emerged. Our firm’s EU base would be in Ireland, and I’d move there to man it.

Stripped bare, here was the idea:

I’d leave my hometown (the city where I’d been born and had lived my entire life until this point), my family, my friends, Kaitlin’s school, and the stable partner role with loads of upside I’d worked so hard for so long to achieve.

Step 2, I’d take off with my young daughter to build a whole new life in a whole new place where I knew no one and had no existing infrastructure of support.

My first challenge was to decide where this new EU operation might be based. The Irish IDA had given us three options—Sligo, Galway, or Waterford, three places whose local economies they were interested in jump-starting. Thus the need for the tour-cum-scouting expedition I planned. I’d been to Ireland before but only on holiday and not to any of those cities.

The first morning of that Discovery Tour, I sat at the head of a table in the meeting rooms of the Jury’s Hotel in Dublin with the 30 tour-goers, including my parents and my daughter, who I’d be traveling with for the coming seven days. We regrouped on the itinerary: Dublin to Wexford to Waterford, then one or two nights each in Cork, Sligo, Belfast, and, finally, back to Dublin. As plans for the week were confirmed, I mentioned to the gentleman sitting to my right that I’d had trouble accessing my email from the hotel business center earlier that morning.

“I don’t want to take off without checking in with the office in Baltimore,” I explained, “but I can’t figure out how to access my account.”

“You should ask that fellow down at the end of the table to help you,” my new friend offered. “His name is Lief Simon. I think he knows about computers.”

Lief Simon, I learned over the coming few days, a longtime reader of the travel magazine I was publishing, was in Ireland with an agenda something like my own. He, too, was on the tour not as a tourist but a scout. Lief, divorced from his wife of five years just two months earlier, wanted to make another big change in his life. He wanted to move from Chicago, Illinois, where he’d been living and working while married, to somewhere in Ireland.

The final night of the tour, back in Dublin, Lief asked if I’d like to come along with him and some others to a dance club across town. The bunch of us danced until closing time, made our way back to the hotel, shared quick hugs at the elevators, and wished each other well.

I returned to Baltimore to continue formulating a plan. Now that I’d seen more of the country, I had some opinions. Sligo, on Ireland’s wild and windy northwestern coast, has a Wuthering Heights kind of appeal but didn’t seem like a place to try to build a business or raise a daughter. I decided I’d focus my research on Galway and Waterford.

Then one afternoon the phone rang in my office.

“One of the guys from your trip to Ireland last month called to ask for your number.”

It was Patti, one of the girls who’d helped to organize the tour with me. “Which guy?” I asked.

“His name is Lief Simon. He called this morning to say he wanted to speak with you. I told him I’d have to check first.”

“The one we went dancing with on the final night in Dublin,” Patti explained.

Two hours later, when I returned from a meeting, I had a voice mail message: “Hi. This is Lief Simon. We met in Ireland a couple of weeks ago. I’d like to take you to dinner. Give me a call…”

“Let’s go back together,” Lief suggested.

Our final night in Dublin this trip we stayed at a small bed and breakfast called the Charleston House just outside the city. The morning we were to fly back to the States, Lief made another suggestion.

“Maybe we should move to Ireland together,” he offered shyly. “I mean, what if we got married?”

And that became the start of our go-overseas plan.