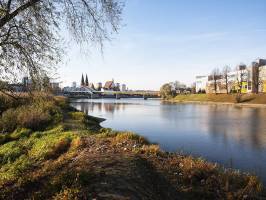 Choosing Where To Plant Your Residency Flag

One important piece of internationalizing your life is establishing residency in another country, either because you intend to move to that country or because you want a backup residency in your back pocket in case things go completely sideways and you decide it’s time to bug out.

You have many good options in either case, including many jurisdictions that are great places to live and also offer great easy residency options.

Panama offers perhaps the best backup residency option available anywhere, its “Friendly Nations” program. This allows you to obtain permanent residency right away (as opposed to temporary residency, which then must be renewed annually) and requires you to be in the country only one day every two years to keep your status. Government and attorney costs associated with establishing residency in Panama are higher than in other countries (in part because, by law, you must use an attorney and cannot attempt a do-it-yourself residency visa, as you can in most other jurisdictions). Regardless, again, this is one of the easiest residency options you’ll find anywhere if you’re from one of the 48 countries designated on the “friendly nations” list.

Residency options in Colombia are good, but that country doesn’t have a program similar to Panama’s “Friendly Nations” option. In Colombia, you can get temporary residency by investing as little as US$27,000 (at today’s exchange rate between the U.S. dollar and the Colombian peso) in a corporation. That visa must be renewed every year, and, to keep the status active, you must be in the country at least once every six months.

However, you can obtain permanent residency in Colombia immediately if you boost your investment up to US$180,000. With this visa, you only have to be in the country once every two years, just like Panama.

If you actually want to live in another country and neither Panama nor Colombia is on your short list, your decision-making process is a bit more complicated. The first question you must answer is: Where do you want to move?

The answers to all those questions will help you narrow down your choices, but the world is a big place. How can you make this big and important decision efficiently?

How Do You Find The Best Place?

Internet research and reading can only get you so far. That’s why Live and Invest Overseas, my parent publisher, puts on a Retire Overseas Conference every year. This is the best one-stop-shopping opportunity you’ll find anywhere. This year’s event, taking place in Orlando, Florida, Sept. 13–16, will look at the 21 countries that make the most sense for retirement right now. Those same countries would be at the top of a list of places to live regardless of your age or circumstances… meaning they’re all top options for where to think about planting your residency flag.

If you want to live by the beach, you have options from France, Spain, and Italy’s Mediterranean coasts to the Pacific coast of the Americas (in Nicaragua, Panama, and Ecuador). Or you could consider the Caribbean side of Central America and Colombia… or a Caribbean island such as the Dominican Republic. Asia’s got great beaches, too, in countries that are also great places to spend time, including Thailand and Malaysia.

Maybe you’re not interested in living life at the beach but would prefer a mountain setting or a city. You have many good options for those lifestyles, too.

Sifting through the options you’re considering and learning about new ones you might not yet know about that could be ideal for you is what the Retire Overseas Conference is about. I’ve been participating in events like this one for years. One of the most interesting things to me always is how many people change their minds about where they’d like to go after listening to the many expats and experts speak about the respective countries they represent. I’ve spoken with attendees in the past who have decided to move to Portugal instead of Panama or to Uruguay instead of France. Big shifts of direction aren’t uncommon when the choices are better understood.

The best idea is to come to this event with an open mind. Maybe you’re considering specific destinations already, maybe you’re not. But leave the preconceptions at home. Europe can be more affordable than you think, for example, especially right now with the euro as weak as it is against the U.S. dollar, so don’t assume you can’t afford the Old World if that’s what you really want.

This is the kind of discussion we’ll engage in over the three-and-a-half days of this year’s Retire Overseas Conference. Kathleen Peddicord and I will be co-hosting the event, and we’ll be joined on stage by more than four-dozen colleagues, friends, advisors, experts, and expats from around the world.

If you’re shopping for the best place to plant your residency flag (as you should be), I urge you to make time to join us in Orlando in September. This is your most efficient option, by far, for considering and filtering all your best options at one time with the help of people who know each one from firsthand and personal experience.

“Lief, I read a lot and follow the currencies in Central and South America. Recently a guy I respect commented these real estate markets are not really on sale, as it might seem because of recent currency movements, as owners price property in dollars. Essentially, American expats have already ruined the arbitrage.

“Thanks from Abu Dhabi!”

Yes, some markets in those parts of the world, including Nicaragua, the Dominican Republic, Uruguay, and parts of Mexico, for example, price real estate in U.S. dollars either because of active expat markets or to help stabilize local real estate values.

That leaves plenty of markets where real estate trades hands in the local currency and where the U.S. dollar is stronger today versus that currency than it has been in years. I’m thinking specifically Colombia, Brazil, and Chile… and non-Latin American markets like Europe. In these places, real estate is a legitimate bargain right now for U.S. dollar holders.