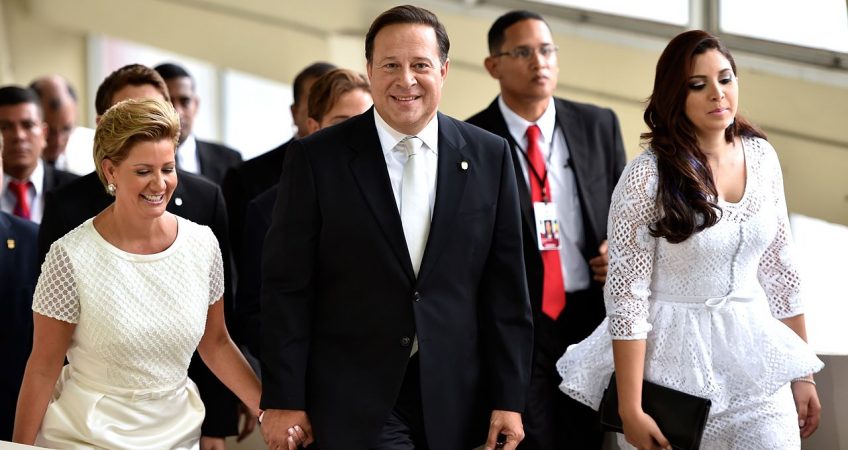 What Does Panama’s New President Mean For You?

This past Sunday, the people of Panama elected Juan Carlos Varela Rodriguez to be their next president.

Varela was behind in the polls until a couple of months ago but rallied in the end to beat out the other two main candidates (there were seven in total) with 39% of the vote. The question everyone is asking now is what will Varela’s presidency mean for this country?

Speaking practically and immediately, the election means very little work will get done in government for the next several months. This has nothing to do with Varela. It’s typical of every presidential election cycle in this part of the world (every five years in Panama). When a new president is elected, his first order of business is to replace everyone from the previous guy’s administration. Clean sweep that means out with the old party and in with the new. Until workers know who their new bosses will be, they don’t want to do anything for fear the new bosses won’t like whatever they’ve done.

Varela has said he’s not going to make the typical wholesale changes at management levels. He’s trying to remain true to his anti-corruption platform. We’ll see if he’s able to pull this off. No one I know thinks it’ll be possible, but we’ll see. Sure would help to keep things like residency visas and construction permits moving forward. When current President Martinelli was elected five years ago, the initial permitting process for my Los Islotes development on this country’s Azuero coast was stalled for six months.

How Does This Affect The Expat?

Of more particular current concern is Varela’s position on immigration policies. We expats and foreign business owners are waiting to hear whether Varela will repeal the Specific Countries visa program that Martinelli instituted in May 2012. This user-friendly program has made it super easy for citizens of the 48 named countries to obtain residency and work permits in Panama. Reversing his predecessor’s program, issued by Executive Decree, would be typical and usually expected, but we’re hoping hard Varela isn’t so inclined. Eliminating this visa option would be a bad move for Panama’s long-term growth and would make hiring the native English-speaking staff our publishing business requires much more difficult.

We’re not the only business owners who would struggle post-Specific Countries. Unemployment in the country is low, while job creation continues at a rapid pace. Further, many of the jobs being created could not be filled by Panamanians (because of language requirements and also due to lack of training). Bringing in outsiders for these positions doesn’t take jobs away from locals; it adds to the number of people who could help train Panamanians for higher-level technical and management positions.

Of course, Panama offers many other residency permit options, but they all require greater investments of time and money…and they don’t allow for work permits.

That said, it is true that the cost of food in this country has risen markedly over the six years I’ve lived here. With a poverty rate in the country between 25% and 30%, the concern is that a sizable percentage of the population can’t afford to eat.

The trouble is, freezing food prices won’t help people out of poverty. In the short term, maybe some folks could afford more food. Thinking longer term, price controls would inhibit business development and hurt the economy. Look where price controls have gotten Argentina.

Most every Panamanian I know is happy with the election result. Varela got only 39% of the vote, but many others, it seems, wanted anyone other than Martinelli’s guy.

Ricardo Martinelli has done great things for this country, and, speaking as an active foreign investor and foreign business owner in Panama, I’m a fan. I’ve appreciated his take-no-prisoners approach. Martinelli makes a plan…and then he follows through. Doesn’t let anything get in his way.

However, there has been (perhaps understandable) growing concern among Panamanians about Martinelli’s expanding hold on this country’s government. One thing every Panamanian I’ve spoken with agrees on is that a transition to a new party and a non-Martinelli candidate is a good thing.

P.S. Thinking personally, the election of Mr. Varela could have specific implications. We live in the same building as the president-elect, and Varela has said that he won’t be moving to the Presidential Palace in Casco Viejo. This seems to be the current trend, as President Martinelli chose to remain in his home in Altos de Golf during his presidency.

If Mr. Varela stays in his penthouse apartment, we expect security in our building to become more complicated. Already this week we’ve noticed more security personnel including a uniformed and armed police officer stationed by the lobby door.

“Lief, I have a large bank account with HSBC and now Banistmo Bank.

“I contacted the bank the other day and wanted to change my mailing address for my statements. What a runaround.

“First I have to fill out a long form they sent me. It’s in Spanish. I can’t read Spanish.

“Second take this form to a Panamanian embassy. There is no embassy in Vancouver where I live. They suggested New York, only a 4,000-mile drive away.

“Third get the document apostilled. Canada dosen’t belong to the apostille group.

“Fourth send this back to the bank in Panama by courier.

“Lief, this is just to change my mailing address.

“I worry that my heirs would have a hard time getting the funds out of this bank when I pass away.

“What are your thoughts?”

Probate is a big concern when you have any assets in any foreign country. Some banks allow you to have beneficiaries listed on accounts, but I doubt that Banistmo is one of them.

Note that document authentication should be one or the other—that is, you should be required to have a document apostilled or authenticated at a Panama embassy. Not both. Start here.

You may have to hop on a plane to Panama and visit the bank in person to change your address. However, if you’re going to do that, maybe you should think about changing banks.