Investments And Improvements In Medellin, Colombia 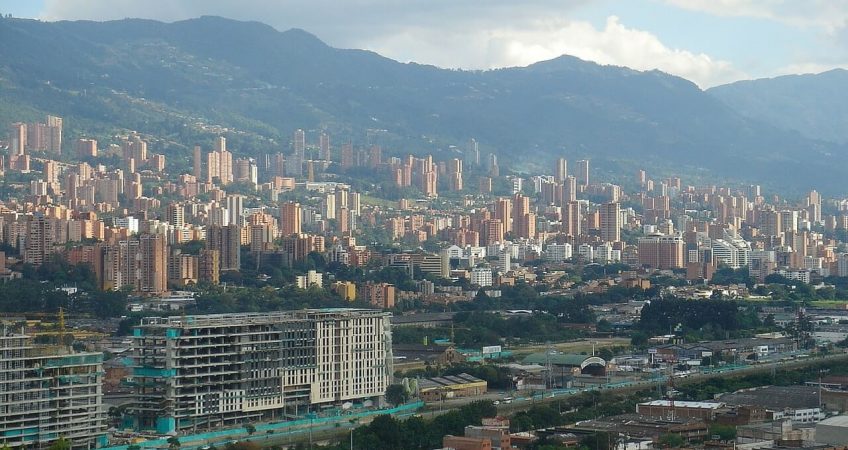 I arrived in Medellín on Tuesday to spend a week here with my family over New Year’s. As usual, I’m enjoying the calming effects of being in this city. It’s hard to define, but something about this place lowers your blood pressure.

Of course, it’s all those things plus many others, including the fact that right now, thanks to the current exchange rate, the price of everything in this town is a bargain. I thought prices in U.S. dollar terms were great when I was last here in May, when the exchange rate at around 2,400 pesos to the dollar (the average over the past five years has been in the 1,900 range).

Today, I took cash out of a U.S. bank account via an ATM in downtown Medellín at a rate of 3,168 pesos per U.S. dollar. That means prices are about 25% cheaper for me (and everyone else with U.S. dollars in his bank account) today than they were in May. Local prices have likely increased since May but not at the same rate as the currency depreciation.

Another appealing factor of Medellín for me is that things in this city work… and the powers that be in this town are continually working to make things better. Since we arrived Tuesday, I’ve noticed several road improvements under way in May have been completed and several new road projects have been started.

Turns out, this city has a department dedicated to improvements. It’s known as FONVALMED, and I had several letters from them waiting for me with my mail when I arrived at my apartment.

FONVALMED’s improvement plans are aggressive and impressive. Unfortunately, the city’s general budget doesn’t have enough funds to pay for them all… so the city of Medellín has made what amounts to a capital call on all property owners.

I’m still trying to understand exactly how this is supposed to work, but from the bills I’ve received it seems, first, that this isn’t voluntary. I, like all property owners in Medellín, have no choice but to ante up. Second, it seems I’m behind in my payments.

If I’m understanding my bills correctly, the total amount being charged is payable in 100 monthly installments. The current exchange rate helps with this. At today’s rate of exchange, my monthly payments work out to less than US$35.

I don’t like paying taxes, but I don’t mind the idea of this. I appreciate all that Medellín has to offer and, as well, the ongoing efforts they make to keep this city as pleasant a place to be as it is. That comes at a cost. Identifying specific projects for improvement and then asking all property owners in the city to contribute to the costs of making those improvements… well, again, that’s ok by me. At least I know where my money’s going and will be a direct beneficiary of the investment. Plus, the ongoing infrastructure improvements continue to add value to my apartment.

The only downside to Medellín for me is that I don’t get to spend as much time here as I’d like.

As I’ve told you, Medellín is not only one of my favorite places to spend time but also one of my preferred investment markets for 2016. This trip I’m meeting with different groups about turnkey investment opportunities, including a new hotel in Medellín. I’ll have more information on this project for members of my Simon Letter and Global Property Alert services in January.

Meantime, I’m going to enjoy bringing in the New Year in one of my favorite cities.

“Lief, near the end of a response to a reader’s question in a recent mailing from you, you stated:

“‘For an American an LLC would be the entity of choice, because an American wants to put offshore passive income in a pass-through entity to avoid U.S. tax on that income.’

“I believe this is incorrect or at least extremely misleading. If one is an American citizen, one cannot avoid reporting and paying tax on passive income under FACTA by setting up a simple LLC.”

Thank you for reading carefully and for taking time to write to correct my, yes, glaring error. You are not the only dear reader to get in touch to point out the mistake. My statement, as you’ve referenced it, is about as wrong as it could be. I’m not sure what else to say except to blame the gaff on too much travel, too much holiday egg nog, and some hasty editing by a proofreader who may soon be looking for a new job.

The sentence should have read:

For an American an LLC would be the entity of choice, because an American wants to put offshore passive income in a pass-through entity to avoid onerous U.S. taxes on that income.