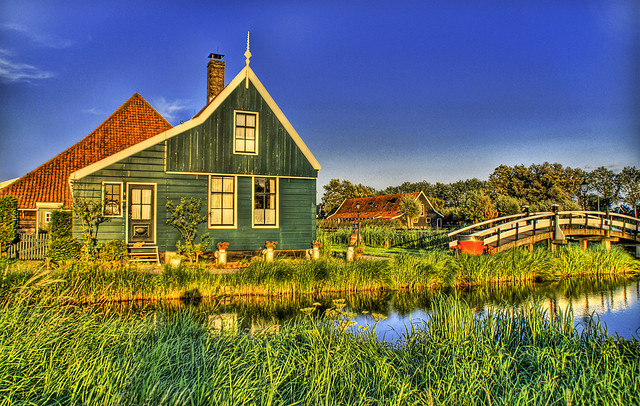 Based in Paris the past few weeks, we’ve been getting questions from readers and friends about what we’re going to do in the face of recently elected President Hollande’s proposed big tax changes. Hollande plans to increase this country’s top marginal tax bracket from 41% to 75% for income over €1 million a year. He has already increased the rates of tax on net rental income (from 20% to 35.5%) and on capital gains from the sale of property (from 19% to 34.5%).

What is there to do? For us, nothing. Looking at the details, we notice that the increases in rental income and property capital gains taxes are to do with the tax for social charges, which isn’t payable by non-residents according to other parts of French tax code. In other words, these increases are contrary to both French and EU law. Likely, they will not be enforceable on non-residents. Capital gains taxes become a concern only when you sell. We’re not selling anytime soon.

The increase in the marginal tax rate to 75% would affect, again, only those who are resident in France. The number of people living in France with incomes over €1 million is between 7,000 and 30,000 people. Not a big pool of people to begin with in a country of 65 million, and, once the ones who will leave because of this tax have left, the extra revenues collected as a result of the rate changes will make but a small dent in the budget deficit that Hollande is trying to decrease.

What About Everyone Else?

One effect of the tax change is to do with Brits and Belgians, who have been retiring to France for decades. Now many already retired here are thinking of returning “home,” and the numbers of newcomer retirees from those countries is diminishing noticeably.

It’s among the French, though, where the biggest consequences are going to play out, I predict. Any French making any serious money, those 7,000 to 30,000 I referenced, will simply move. Maybe just over the border to Belgium, the U.K., or Switzerland, but, if they don’t have to be in France for their income, they’ll relocate themselves and their income. They’ll take their businesses and whatever taxes they had been paying elsewhere, further dwindling the net effect of the tax hikes.

The young French entrepreneurs who aspire to have some wealth and who might eventually reach the threshold of €1 million in earnings a year have already started taking their energy and ideas elsewhere. They are young and mobile and will happily pay taxes that they consider more reasonable in some other country. That’s one benefit of the EU…mobility.

So who is going to be left in France to create jobs in a country with a 10% and rising unemployment rate? Who’s going to be around to pay the taxes needed to cover all the social benefits in France? The same shrinking middle class that wants to put the screws to the wealthy?

Hollande’s tax plan is creating ripples on the pond, and perhaps that is all it’s meant to do, to gain him leverage to make more serious budget adjustments that will affect his broader electorate. It’s always in vogue to go after the rich. It makes headlines for the politicians even if it doesn’t solve economic problems.

Fortunately, politicians and their plans are both temporary. Hollande won’t be around forever, but France will. Well, it’ll be around, in some form, for our lifetimes anyway, and those of our children. As Paris is part of our long-term plan, we don’t worry about ripples on the pond too much. That’s what diversifying your life internationally is all about. Choices, options, and spreading around your risk. When the politicians make them necessary, short-term adjustments to a long-term plan are easy enough.