How To Move Money, Pay Bills, And Access Cash Overseas 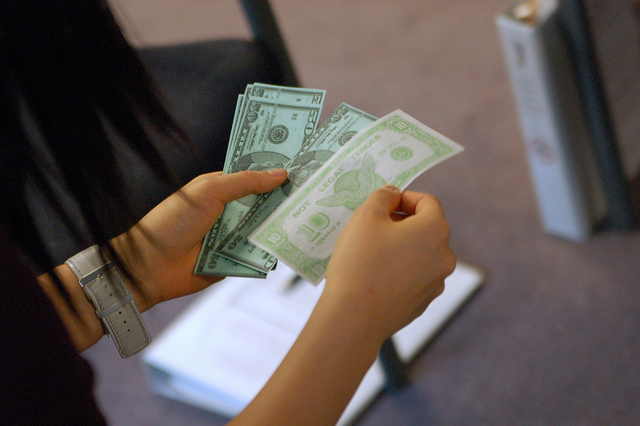 Strategies And Caveats For Moving Money Around The World

Living an international lifestyle used to be for the rich and famous only.Travel was expensive, but, more important, moving money around was also expensive…and complicated.

When I took my first trip to Europe more than 25 years ago, I didn’t have a credit card. Even if I’d had one, it wouldn’t have helped me much. Many places in Europe back then didn’t take credit cards. ATMs didn’t exist. You traveled with cash or traveler’s checks.Traveling with cash is a risk. A friend took a month long trip to Europe with enough cash for the entire trip. On his first stop, in the U.K., he hooked up with some other travelers. At the second stop, they stole all his money and disappeared. That’s a true story from 20 years ago.It’s a new world today. In today’s electronic age, you don’t even have to meet someone for him to steal all your money. He can do it long distance…electronically.

I get scam e-mails every week from the high-jacked e-mail accounts of people I’ve corresponded with, saying that my friend or acquaintance has been robbed of everything, including his credit cards, in a foreign country, and the hotel won’t let him leave without paying. Can I send some money to help cover the hotel bill? The scam must work because the e-mails keep coming. The reason it works is because, today, it’s much easier than ever in history to move money around the world. Today, we have Paypal, e-gold, Western Union, credit cards, and ATMs, all providing options for how to pay your bills and access cash while traveling or living around the world. Today, it’s almost impossible to cash a traveler’s check. They’re all but obsolete.

All these new, easy options for moving money around have created new issues and risks. One of the biggest is overzealous credit card fraud departments. Living overseas and using U.S. credit cards can be a big headache. Especially if you don’t use the cards regularly.

Credit card companies tell you to call them to let them know you’re going to be traveling. Take my word for it, that doesn’t work, not if you’re traveling abroad on vacation and especially not if you travel regularly or are living outside your home country. Credit card systems just aren’t built to deal with a perpetual traveler. At least one of our credit cards is cut off (“for our protection”) at least once a week.

How To Avoid Being Unable To Move Your Money Offshore

To ensure you aren’t stranded somewhere unable to pay your hotel bill (like the imaginary person in the scam e-mails), you need to do the following…

A couple of weeks ago in Colombia, one credit card I have worked once and then didn’t work the rest of the trip, despite calling the credit card issuer, as had been requested in the memo the merchants had received when I’d tried to use my card the second and subsequent times. The first time I called, the guy on the credit card’s side of the conversation told me that he couldn’t see anything in the system. No charge had been denied…because no charge had been submitted. Try again.

The next day, I tried again, this time in five different stores. Didn’t work anywhere, and, in every case, I got the same message: Call the credit card company.

This time, the person on the other end of the conversation seemed to have more of an idea what was going on. It seems that Visa is now requiring some new chip for their cards to work in Colombia. My card doesn’t have that chip. Bottom line, the guy was surprised my card had worked in the first store. That was a fluke, he told me. He was sorry he didn’t have better news, but I should forget about using that card in this country again anytime soon (until my bank complies with Visa’s new chip requirement)…

Which is why you need several credit cards. The more the merrier (although that brings up another issue that I’ll speak to in a moment).

In addition, you want to have at least two debit cards, which means having two bank accounts. Debit cards can get cut off as easily as credit cards, and do, so it’s safer to have two. The trouble is that most people (most Americans) have only one bank account.

Debit cards are also riskier than credit cards when it comes to cloning. I used one of mine last summer in Italy, and it was cloned. Whoever cloned it used it for several days in a row, taking cash out day after day before the bank suspected fraud and cut the card off. Fortunately, U.S. banks protect you from fraud, and my bank put the stolen cash back in my account once I completed some paperwork. Unfortunately, banks in other countries don’t. A friend had his Panamanian debit card cloned. Thousands of dollars were siphoned out of his account before the fraud was detected…and none of that money was ever recovered.

Which leads to another important piece of advice: Don’t keep a lot of money in any account for which you have a debit card. With all the options you have for moving money around online these days, set up a system to keep the bulk of your cash in an account with no debit card associated with it. Then move money from that account to others that you can access using debit cards as you need it.

Finally, make sure you have online access set up for every credit card and bank account you have. And link accounts for payments and transfers before you start traveling.

Some things you might want to do with your U.S. bank accounts (including something as simple as checking the account balances) aren’t possible from outside a U.S. IP address. That’s why something else you should think about doing before you start traveling (or move overseas) is to set up a VPN (virtual IP address…try www.usproxy.tv). The cost is about US$9 a month.

Then you can use the online access to check your accounts regularly. I check each account at least once a week. This is how I caught the fraud with my debit card. They cut the card off the same day I checked it, but they hadn’t contacted me yet. I was able to get them started on the reimbursement process immediately, before they’d even sent out the alert to me.

With several credit cards, debit cards, and eventually bank accounts around the world, you need to be organized. Online access to each of those accounts means user IDs and passwords for each one. You don’t want to use the same user ID or password for any of your accounts, but that means you need a system for keeping track of all this. Most straightforward is a password-protected spreadsheet.

Most important, probably, is to accept that, no matter how diversified and organized you are when it comes to this stuff, you’re still going to end up in situations when you won’t be able to use a credit card or a debit card, maybe more than one. When I was in Colombia a few weeks ago trying to pay for some mattresses, the credit card I wanted to use didn’t work. I spent 20 minutes on the phone with the fraud department for that card. I didn’t answer one of the questions correctly (because I got confused as to which credit card I was answering questions for), and they shut off the card immediately. Good thing that I had a couple of other options in my wallet.