How To Make Money Overseas And Where To Get Started 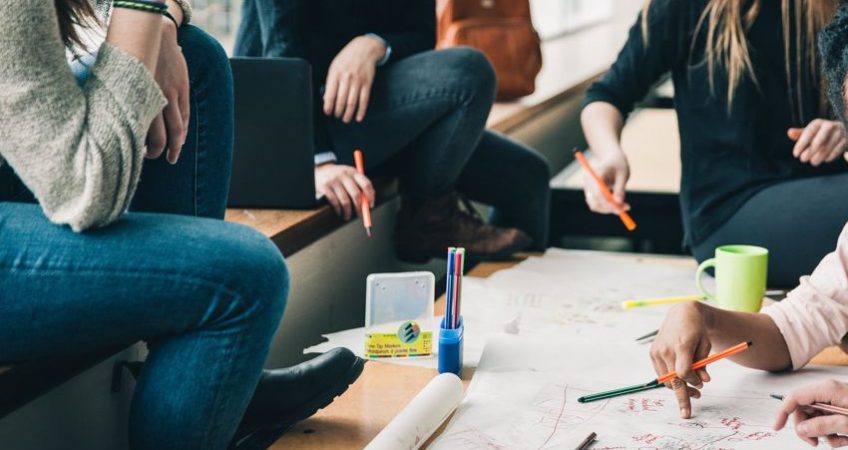 Your Current Bank Balance Is Irrelevant

I first had the thought that I wanted an “international life” when I was in high school… though at the time I didn’t really know what that meant or how I’d achieve the goal.

After college, I got a master’s degree in international management from Thunderbird, then, with help from the university’s career-placement center, I landed my first job overseas. I went to work for an oil drilling company… in Chad.

Back then, you had two reasonable options for going overseas. You could go to work for the Peace Corps… or for an international company. That’s the path I took.

Today, the make-money-overseas landscape is far bigger, broader, and more diverse. Thanks to 21st-century technology and the ever-more-connected global economy, a job overseas is but one of many paths for taking your life international.

Twenty-five years after that first job overseas, I find myself running several businesses and managing multiple passive income investment streams across the globe.

Your long-term objectives are likely less complicated, and you can begin working toward them by making a very modest investment of time and capital.

This was the topic of conversation during last week’s Make Money Overseas Event. The room was full of people looking to dump their full-time jobs for full-time living overseas while either making money on the side or, in some cases, making a fortune. The strategies presented could work in either case.

The key to success at this, no matter how much money you need to earn or how big a business you want to build, is choosing a moneymaking strategy built on something you have a passion for.

Don’t trade your current J-O-B for a new one. Invest your time in something that interests you… and, as the saying goes, the money will follow.

After 25 years of experience at this, I know this to be the case.

Maybe it’s doing what you’ve always done… but doing it somewhere new overseas. One attendee last week was a computer engineer who currently works remotely for a U.S. company from his home in Tennessee. A simple adjustment in his work schedule could see him working for the same company from a new home in Europe instead…

Others wanted clean breaks from their current professions. Tired of the rat race… tired of the office politics… tired of the ever growing regulations in their industries… many in the room last week were looking for fresh starts. Maybe teaching English… maybe starting an import-export business… maybe pursuing one of dozens of other income-producing strategies highlighted at the conference.

One presentation in particular got a surprisingly high level of attention—vlogging.

Vlogging is where blogging was 10 to 15 years ago, according to our vlogging expert Sam Miller, who told how he has built his vlogging career.

As Sam explained, few people are vlogging today, but he expects this emerging industry to boom in the coming few years, just as blogging has over the past decade.

The critical challenge, of course, is to monetize a vlogging career. As with every one of the strategies we discussed last week, the strategy isn’t the thing. The money it generates is the thing.

How Can You Make Money As A Vlogger?

Sam’s key piece of advice for potential future vloggers was in keeping with the overall mantra of the event… vlog about something you have a passion for. Without the passion, you’re doomed from the start.

This was the first event of this kind that we’ve hosted, and, frankly, we weren’t sure what kind of attendee it would attract. Retirees? Entrepreneurs? Digital nomads? Millennials?

The answer was… yes. Every one of those demographics and several others were represented.

In the room with us were 20-somethings and 70-year-olds, and some of the 70-somethings were the most enthusiastic voices in the conversation. Even those at this stage of life who didn’t need to earn an income overseas saw the benefits of engaging in a side gig. Working, even four or five hours a week, keeps you active, connects you with your new community, and can allow you to take fuller advantage of your new life.

The simple fact that you hail from North America (or anywhere in the developed world) gives you an advantage in many markets. Recent generations of Americans have grown up in the most competitive marketing environment in history. You’ve watched successful businesses be built from services and products that don’t yet exist in much of the rest of the world.

And you carry with you a can-do attitude that gets things done and sets you apart.

These two factors alone can have you making money overseas in short order if you put your mind to it.

Last week’s very enjoyable event was focused first on the what (the answer is: whatever you have a passion for)… and then on the where.

Deciding where to launch your moneymaking enterprise overseas depends on practical factors. Do you need a work permit? Do you need high-speed and reliable internet? Will you have to learn to speak the local language?

But, more than that, choosing where to base your new life should be about where you want to be, practicalities aside.

And it’s not a singular choice. A digital nomad could move around from country to country every few months. An online consultant could work from almost anywhere, depending on the time zone of the clients. An import-exporter could split his time between his source country and his market country or could jump around the globe forever in search of new products.

Kathleen and I decided decades ago that our “where” would be a moving target. We intend to follow the seasons, dividing our time among the places where we most enjoy spending time—including Panama, Colombia, Belize, Portugal, and Paris, from where I write today—and where we have invested in building local infrastructure, including local friends and connections with the local communities.

Where would you most like to go… and what would you be most interested in doing once you got there?

Answer those two questions and then get going. As the adventure-seeking attendees in the room with us last week reminded me, there is no legitimate reason not to do what you want to do where you want to do it.