How To Live Anywhere In The World With No Residency 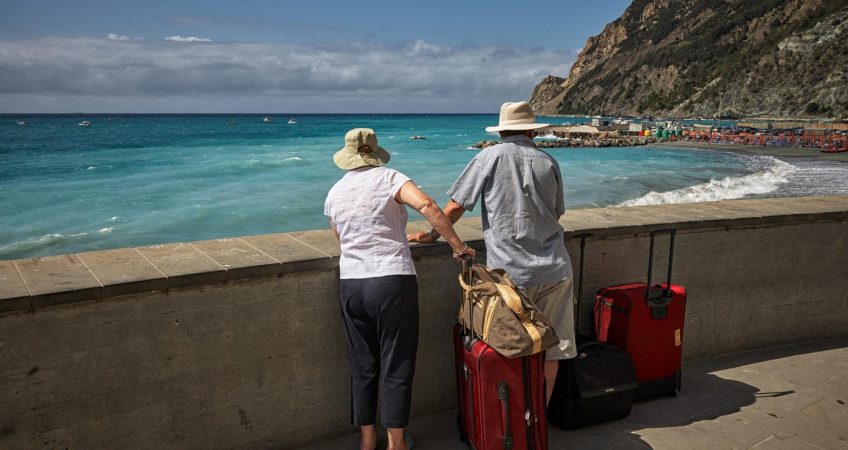 These are two topics I address regularly in these dispatches, in my Simon Letter advisory service, and at conferences.

But what about no residency?

Discovering the world as a global nomad is an increasingly popular idea among the millennial crowd, but we olds can do it, too.

A couple of 60-something friends of mine have lived the global nomad life for decades, since well before it became a thing with millennials. They don’t have legal residency in any country (other than the United States, where they continue to hold passports… you can be without a country of residence, but you can’t be stateless), and they don’t own property anywhere. One driving force behind how they decide where to go next is the relative value of their base currency, the U.S. dollar. When the dollar becomes strong in a country where they’re interested in spending time… they get on a plane.

Roaming around from one country to another… depending on the strength of the currency in your pocket… following the seasons… chasing festivals… or just letting your wanderlust lead the way… can be a lifestyle strategy with a lot of upsides.

For one thing, it can eliminate the need to invest in formal residency anywhere.

Of course, if you’d like to include time in Europe as part of your roving adventures, remember to count the days.

Europe comes with the complication of the Schengen Agreement. This treaty treats all member countries as a single country from a traveler’s perspective. You might enter the Schengen zone in Italy. If you then cross over into France, you’re still in Schengen territory, meaning the clock is still ticking on your 90-day tourist stay.

Schengen allows you to remain as a tourist for up to 90 days in any rolling 180 days if you come from a country that can travel visa-free in the Schengen area. Use those days how you like.

You could spend 90 days straight in a single country. At the end of the 90 days you’d need to be out of the area for 90 days before returning.

As you can see, the math can get complicated if you’re coming and going.

I sat next to a guy on a plane years ago who lived in Texas and worked in Amsterdam as an engineer. He worked 30 days on and then had 30 days off. That worked from a Schengen perspective, as he never spent more than 90 days in the zone in a 180-day period.

He decided to fly his wife to Europe to join him for a vacation during one of his 30 days off period. The couple drove around France and Italy for a month. Then she returned home and he returned to Amsterdam to work his next 30 days. That didn’t create an issue because he was still within the Schengen zone.

It was with his next work tour that the trouble came.

Bottom line, remember not to overstay your visa when living the global nomad life.

It shouldn’t be difficult. It’s a matter of knowing the tourist visa rules for the countries where you’re spending time. The 26 countries in the Schengen zone are among the most complicated in this regard.

Mexico, on the other hand, offers a straightforward opportunity for the digital nomad. North Americans can spend up to 180 days in Mexico as a tourist, and the country doesn’t restrict against border runs. When your 180 days are up, you can simply leave Mexico for a day and then reenter, restarting your 180-day clock.

Border runs used to be popular options for skirting the system in retirement hot spots like Thailand, Costa Rica, and Panama. Retirees didn’t want to bother with the paperwork or expense of establishing legal residency, so they’d hop a border every 90 days.

This was so common among retirees in Costa Rica and Panama that an industry developed. You could pay someone to go to the Costa Rica-Panama border and have your passport stamped as though you’d crossed from one to the other and then back.

This is much more difficult and less common today because countries worldwide have begun paying more attention.