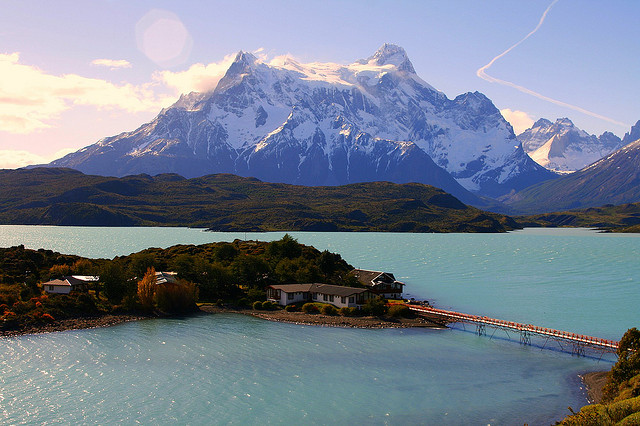 Last week’s trip was my first to Chile and, therefore, my first visit to Santiago.

Santiago is a large, modern city where things generally work. New highways have been built and more new highways continue to be built to combat the traffic. The city boasts a clean, well-functioning subway system. And an economy that is doing well thanks, according to our driver one day, to Pinochet.

Yes, our driver credited the current prosperity and stability in Chile to the country’s dictator from the 1970s. Pinochet privatized everything and made hard economic decisions that couldn’t have been made under a democracy. These actions helped established what is today a very free economy. Chile has free-trade agreements with most of the major industrial countries in the world. 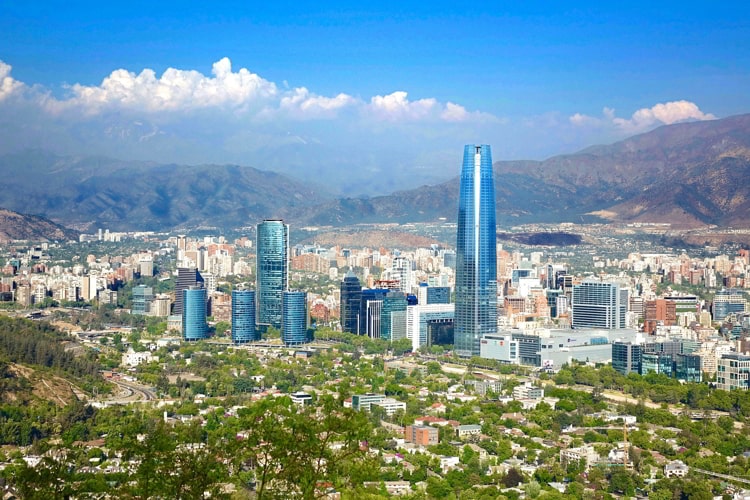 This means anything imported is relatively inexpensive, as low or no duties are imposed on most imports, including cars. The 19% sales tax offsets the positive effects of the open borders to some extent. Still, generally, the cost of living in Santiago as experienced on this brief trip is similar or slightly less than that in Panama City…which is to say a bit cheaper than the cost of living in the average U.S. city and much cheaper than in, say, New York or L.A.

One exception is the price of gas. When buying a liter of gasoline, you pay not only the 19% sales tax but also an extra tax imposed to help rebuild after a major earthquake (not the one in 2010, but the one before that). The rebuilding is long done, but the tax remains. Our driver didn’t know why it hadn’t been repealed other than the standard, “No government repeals a tax once it’s in place.” I suspect it could also have something to do with the pollution the city suffers and trying to discourage people from driving.

Santiago is a pleasant city…except for the pollution. It’s worse in winter (June, July, and August in this part of the world), but it was bad the few days we were there. From the airplane, you could tell you were approaching the city as banks of smog appeared below. Once on the ground, you didn’t see it so much as feel it in your eyes and throat.

I didn’t get to see much property for sale in Santiago this trip, but prices seemed excellent for both houses and apartments. In the good and better neighborhoods (the “ritzy” addresses), houses and apartments were on offer for as little as US$1,000 to US$1,200 a square meter. That’s as low as prices in Medellin, Colombia, which is to say very, very low on a global scale, especially when considered in the context of what you’re buying. Again, Santiago is a real city.

It’s interesting to note that these best addresses aren’t in the heart of the city. Because of the smog. The best neighborhoods are those east of downtown, in the foothills of the Andes. The altitude means slightly reduced pollution levels. Also sought-after are the newer neighborhoods emerging to the north thanks to a new highway, but the smog persists in these areas.

Another issue with Santiago and Chile in general is earthquakes. The last “big” one was in 2010. It was felt all the way to Buenos Aires and created a tsunami that killed a few hundred people along Chile’s coast. Not a tremendous amount of damage was done in the capital, as all newer construction is to anti-seismic standards. Nevertheless, the event created a shift in housing demographics. Following the quake, many people decided that high-rise apartment living was no longer for them. As a result, house prices have inflated a bit over the last few years (but are still, again, very reasonable)…and apartment prices have softened.

Next trip, we’ll plan to look around the country along the coast and around the lakes. The pollution was a deal-breaker for both Kathie and me, and we agreed we’d take Santiago off our list.

However, Chile has a lot to offer, and we’re not going to let the city smog deter us from returning to discover more of this interesting country.