Diversifying Into Gold, Silver, And Other Precious Metals Offshore 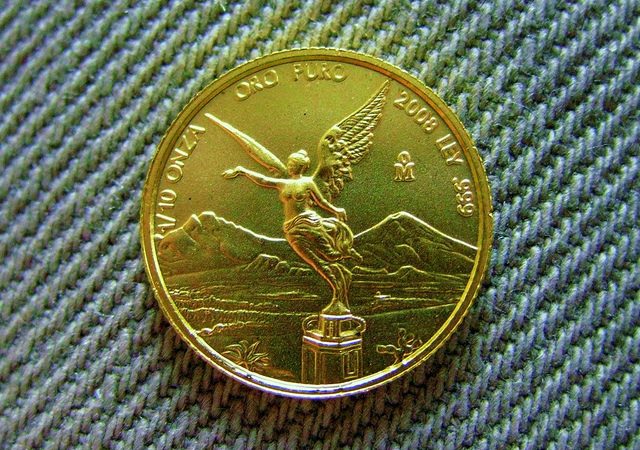 As if you needed further reason to diversify out of the U.S. dollar, it’s worth noting that many U.S. states are talking about doing the same thing. A recent article from CNN Money states that 13 U.S. states are contemplating issuing their own currencies.

This isn’t a new concept. Before the U.S. Civil War, state-chartered banks issued their own currency notes. With thousands of variations of the notes, they were easy to counterfeit. As well, bank failures made individual banks’ notes worthless. And, bottom line, the notes weren’t all that useful, as their circulations weren’t very broad.

Now, some states are looking at this idea a new. The trouble is, states are banned by the U.S. Constitution from printing their own money. They can make gold and silver coins legal tender to pay debts. As a result, these 13 states (not the original colonies, but the coincidental figure makes you wonder) want to go back to a gold standard…and diversify from the U.S. dollar.

Maybe not a bad idea. However, the total amount of physical gold available worldwide isn’t enough to cover the amount of gold certificates already running around. This is why true gold bugs are keen on holding physical gold.

I’m all for holding hard assets. After all, I’m a real estate bug. But every scenario I’ve discussed with gold experts I know comes back to one thing: Practicalities.

If you hold a large sum of physical gold, where are you going to store it? Typically, the answer is in some vault somewhere…most likely not somewhere you live. (The option would be to bury it in your back yard…a strategy that has always seemed very impractical to me.)

So Your Gold Is Safe In A Vault In Zurich...Now What?

Say you have US$100,000 worth of physical gold being held in a vault in Switzerland (or Panama or Australia or wherever). How do pay your electric bill in Des Moines if the U.S. currency collapses, as many predict? You won’t be able to walk into the electric company and pay your bill with your gold held in Switzerland, even if Iowa passes a law allowing or requiring the electric company to accept gold as payment.

The systems, whatever they may be after a currency crisis, will have to allow for some form of remote payment transfer. A guy in Utah says he has figured this out and has developed a system whereby he’ll store your precious metals and give you a debit card you can use to buy things. When you make a purchase, the expense would be converted to an amount of gold (or silver, etc.) at current values and that amount of metal would be transferred from your pile of metal to the pile of metal for the store.

Still, I don’t see, practically speaking, how you move US$2 from one pile of gold to another to cover your purchase of a loaf of bread. But I guess your gold store runs a tab for you until you reach an easily transferable value. I guess that works. Or maybe your physical gold or silver could be distributed to you in small quantities, say pellets, useful for the purchase things like bread and milk. If you can find a shop owner willing to accept them.

Certainly, including gold, silver, and other metals in your portfolio makes sense. And holding physical metals makes the most sense, but don’t expect the guy behind the counter of your corner drugstore to take a pellet of silver for a bottle of aspirin. Some other system will have to develop should the current paper currency Ponzi scheme in fact collapse…but it will likely be another paper- (or perhaps plastic-) based system. I just don’t see any practical way around that.

Meanwhile, I don’t think we can expect to see state emblems on anything resembling money anytime soon, other than commemorative quarters.