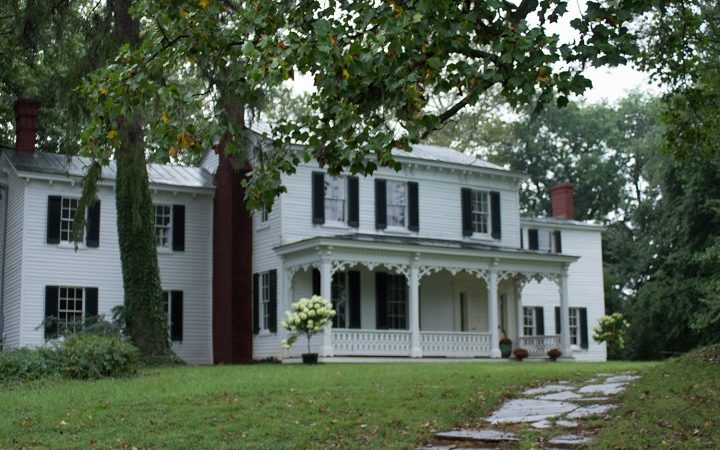 Anatomy Of The Irish Property Market

When we arrived on the scene in Ireland in 1997, the real estate boom in that country was already in full swing. Appreciation had been running at 20% and more per year, year on year, for the previous five. We figured we were looking at the top of the market, a bubble nearing its pin. Still, we were moving to Ireland with no intention of leaving any time soon, and we needed a place to live. So we bought a house… Lahardan House.

Then we watched in astonishment as property values continued to climb by double-digit rates year after year for the next seven. The Irish just kept buying, bidding prices up and up and up.

Whenever I looked at it closely, the math didn’t add up. What was behind the continuing appreciation? Rental yields were all of 1% to 2%. Salaries weren’t increasing at anywhere near a rate to allow borrowers to keep up with mortgage payments. Still, everyone was a buyer.

We sold Lahardan House after owning it for a bit more than five years. It sold at auction for two-and-a-half times what we’d paid for it. Sure, we had put some money into renovating and remodeling. We’d rebuilt the cottage garden out back and done some landscaping. Most of that didn’t cost much. Factoring in the cost of improvements, the house still sold for more than double what we had in it.

At the auction where the house was offered for sale, we only had a couple of bidders, but that was enough. The two Irishmen went back and forth until they finally reached our reserve price. We accepted the closing bid, thinking we’d gotten out in the nick of time and at the top of the market. We didn’t expect prices to plummet anytime soon, but we couldn’t believe they’d continue up at double-digit annual rates as they had done for the previous 10 years.

But that’s what they did. From our new vantage point in Paris, we continued watching and shaking our heads.

A couple of years after we’d sold Lahardan House, a friend in Ireland told us the place was up for sale again. The buyers we’d sold to had listed the property for about 40% more than they’d paid us. Yikes, I thought. We must have sold too soon.

That was late 2007. Months later, the bottom fell out of Irish property markets. The seven-figure list price for Lahardan House was dropped and then dropped again. Still, no buyers appeared.

Eventually, the price dropped below the mortgage balance, and our buyer walked away from the asset, leaving it to the bank.

Friends in Waterford have kept us posted on the ongoing saga of Lahardan House these years since. We’ve heard of other auction attempts and further price reductions. Then, this week, a reader got in touch to say that he was in Ireland hoping to bid at the upcoming Lahardan House auction. What do we think the property is worth at this point, he wondered.

The auction was scheduled for this past Wednesday. I checked online yesterday to see if the house had finally sold. It appears it has not. The estate agent has updated his listing to reflect a further price reduction.

Meantime, as we’ve been reminding you all week, the dollar is up against the euro to levels not seen in more than a decade.

All of this has Kathleen’s attention. She is hinting we should buy Lahardan House again even though we wouldn’t be able to use it anytime soon… and even though, by all accounts, the house would need another complete renovation. It has sat empty, soaking up the Irish damp, for years.

This is a window of opportunity across euro-land to own a fantasy home of your own on the Continent—a farmhouse in Tuscany, an apartment in Paris, or maybe a Georgian country home in Ireland. If that last is your dream, I know of a place available in County Waterford. Please, somebody, buy it before my wife does.

“Lief, your recent post on filing requirements brings up a question: Are the agriculture investments you’ve mentioned over the last few years, specifically the mango plantation, considered ‘renting a foreign property’? How do you handle these investments, if held in the individual’s name, for tax-reporting purposes? Do they require the owner to fill out any of the foreign asset forms you mentioned in your report?”

If you hold the investment in your own name, the only requirement is reporting the income. For the mango plantation investment I’ve written about, for example, you’d file Form 4835—Farm Rental Income.