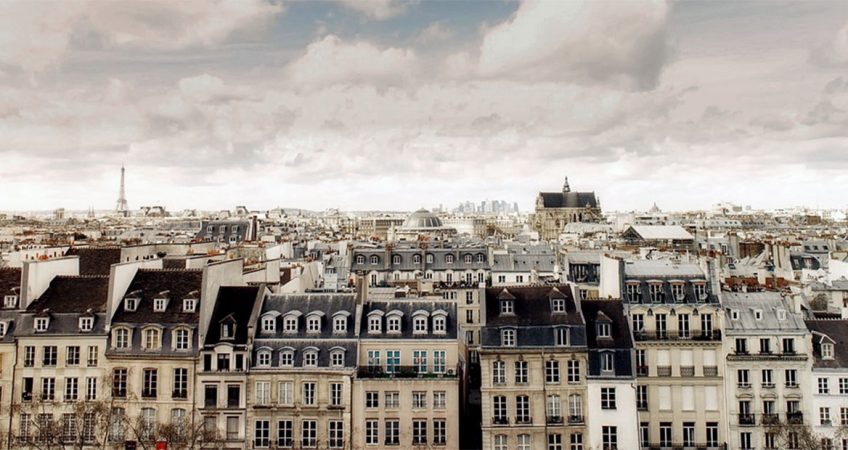 For Me, This Is Better Than A Pile Of Gold In A Vault In Zurich

Over the past three weeks that I’ve been traveling around Europe, from Paris to Siena to Florence to the Algarve and now back to Paris, I’ve probably looked into more than a couple dozen real estate agents’ windows.

Last night on an evening walk around our neighborhood in Paris, Kathleen and I passed a real estate agency with a listing in its window for a 23-bedroom house.

What, we asked each other? A 23-bedroom house for sale in the center of historic Paris?

Seemed hard to believe… and in fact, it wasn’t the case. That 23-bedroom house (being marketed as a potential hotel) is in Menorca, Spain. What’s it doing being offered for sale in a real estate agent’s window in Paris?

Who knows. Probably the seller is a friend of the owner of the agency… but that’s not the point.

The point is that that Spanish house is in a Paris agent’s window because it couldn’t be sold in Spain.

The best property deals in Europe and especially in Paris never make it to an agent’s window. Agents offer their best deals to their current client lists.

To Get A Bargain Or Even A Good Deal, You’ve Got To Get Your Name On The List

That’s how we found the apartment in Paris from which I write today. We set up appointments to view properties with several agents in a single day. Everything we saw was within our parameters, but nothing really struck us.

The layout of one apartment was awkward (it’s not only the number of square meters that matters in a Euro-city property but also the efficiency and usability of those square meters)… another was in a location we didn’t like. One was on the fourth floor of a building with no elevator… another fronted a busy, noisy street…

As we were explaining the deficiencies as we saw them for each of the properties we’d viewed to the agent who’d shown us the final few apartments on our schedule that day, she spoke up timidly to suggest that she might have something that would suit us better.

The agent, Lauren, hadn’t finished describing the apartment when we interrupted her to say, “Yes, that sounds like just what we’re looking for. Can we go see it?”

Lauren continued on to explain that the property wasn’t officially listed with her agency yet. The owner of the apartment, a friend of the owners of the real estate agency, had just gotten divorced, had decided she didn’t want to stay in the apartment where she’d lived with her husband and their children, but hadn’t yet signed a listing agreement.

I pushed a bit, and Lauren finally agreed that she would see what she could do regarding a viewing and get back to us.

We ended up seeing the apartment later that same day and decided on the spot to make an offer to buy it.

The price was better than for any of the other apartments we had seen, even factoring in the cost of the updating we knew we’d need to do.

And the location was extremely better than that of anything else we’d seen, as well. In fact, when we told French friends where we were buying, they responded with an impressed “ooh, la la!”

Why Do I Continue To Look In Real Estate Agent Windows Everywhere I Go In Europe?

To get an idea of a market… a starting point.

You have to educate yourself before you begin shopping. It’s the only way to find or even to recognize if you’re getting a good deal… and to avoid bad deals.

One apartment I noticed in a Paris agency window this week was priced at around 17,000 euros per square meter including a large terrace that amounted to about one-third the total square meters of the property. While a terrace is an attractive and uncommon feature in a Paris apartment, you can’t value it the same as usable interior space.

I was even more confused by the pricing of this property when I got to the end of the information sheet and read “a renover”… that is, to renovate.

Priced well above the average per-square-meter price for its neighborhood and in need of renovation to boot? I’m so curious now that I’m thinking of returning when the agency is open to inquire about this property. What am I missing?

Probably nothing. Probably this is just a matter of a delusional seller. That is, a bad deal… thus its position in the window.

Our Paris property manager suggests that the best deals in the city right now are in the 17th arrondissement, specifically in one up-and-coming neighborhood.

I’m not in the market for another apartment in Paris, but I’m planning to go check out the area. For me, an apartment in Paris is a far better storage of wealth than a pile of gold in a vault in Zurich. You can rent it, you can use it…

And, while it’s not as liquid an investment as gold, you can rest assured that over time a Paris pad will hold its value, keep up with inflation, and find a buyer when you want one.