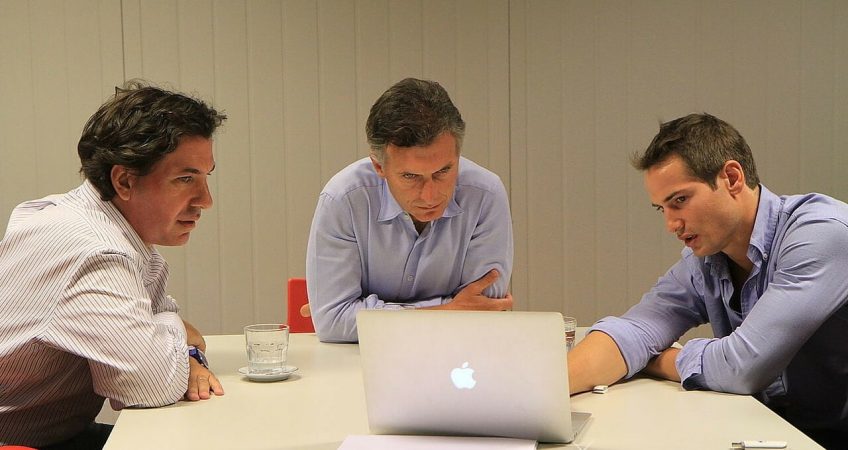 Macri, We Wish You Well

Argentina elected a new president yesterday, Mauricio Macri. The people have spoken. Argentines (at least enough of them to win the day) have had enough of Cristina Fernández de Kirchner and her party and have opted instead for a pro-business president they hope will bring the country back from the brink of financial disaster.

President-elect Macri has his work cut out for him. Argentina’s hard currency reserves are mere fumes, the ongoing dispute with bond holders from the 2001 crisis is keeping the country out of the international bond market, inflation has reached runaway levels, and farmers have been so taxed on their hard-currency commodities that they’ve preferred to hold onto their harvests rather than sell and pay the tariff.

Macri is going to need an infusion of foreign investment if he’s going to get his country back on track. One source could be real estate investment. A friend in the country reports that foreigners have on the ground shopping in anticipation of a post-election party change.

Good For The Argentine People

Argentine farmers are sitting on an estimated 10 million tons of soy beans. That’s more than US$3 billion worth. Soy bean futures are down with the expectation that farmers in Argentina will move to sell their stores into the open market as soon as Macri takes office and eliminates the extra tax on hard-currency commodity sales.

Now, US$3 billion wouldn’t make much of a difference one way or another in the hard-currency holdings of many countries. But Argentina’s coffers are practically empty. That US$3 billion, if and when it materializes, could help.

Eliminating the artificial exchange rate between the U.S. dollar and the Argentine peso should have benefit, as well. The current official rate of exchange between Argentina’s peso and the U.S. dollar is around 10 to 1. Expectations are that that would move to 15 pesos to US$1 (the current blue market rate on the street) if Argentina allows its peso to float. If (everyone hopes when) that happens, it will reduce the demand for U.S. dollars in the country and increase the demand for pesos among outsiders.

Not having to jump through hoops or buy your pesos on the street to get the best rate will help with tourist flows.

We wish Argentina’s new business-minded president well. We’re sure he can identify ways to improve his country’s economic situation as well as we can. The trouble is that, while we can make a list of obviously beneficial ideas for change, President Elect Macri has to follow through to make them happen. And first he has to undo the adverse effects of Cristina’s market machinations put in place to allow her to keep the electorate placated in the run-up to this past weekend’s run-off election. A lot of Argentines have become used to getting regular handouts.

Macri now will have to withstand the push back from the populace when he removes price freezes on food items, for example. And he’ll have to weather the storm when (if) he releases official inflation figures.

We’re betting on Macri and making as-soon-as-possible plans for a trip down Argentina way.

“I can see the percentage for the security broker, but 6% for the lawyer for all monies brought into Colombia! That sounds outrageous!

“Please send me your feedback as I am hesitant about moving to Colombia and paying these huge fees just to bring money into that country.”

The lawyer is nothing more than a common thief… a high-end thief. It’s an insult. Completing the Form 4 is about three minutes’ work, no matter the size of the transfer. A lawyer who charges a percentage is criminal.

It should cost you maybe 200,000 pesos (that’s about US$65) for a lawyer to complete a Form 4 and deliver it to the broker for you. After you’ve paid an attorney to do this for you two or three times and you’re familiar with the process, you could then do it yourself (free).