Are You Preparing For The U.S. Dollar Collapse? 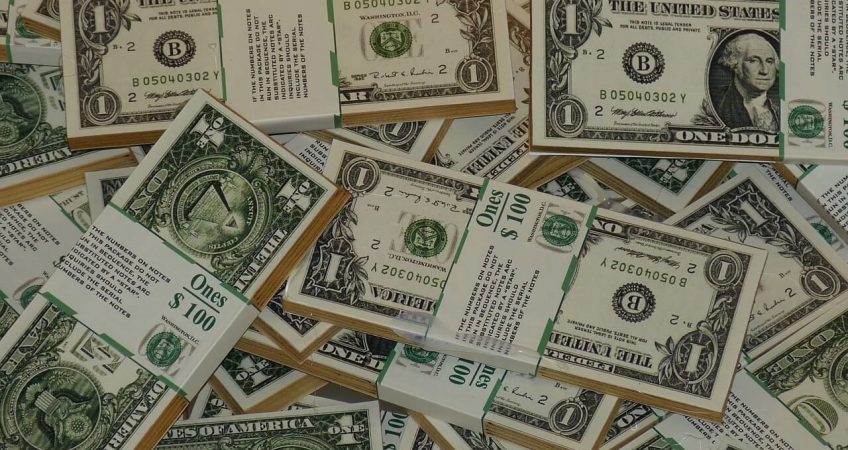 As Mark Twain might have put it, the death of the U.S. dollar has been exaggerated. Or at least prematurely prognosticated.

Dollar doom pundits continue to point out all the negative things going on in the United States—stifling debt, exploding credit, polarized political arena, fundamentally unsound fundamentals. And, as a result, they continue to predict the collapse of the U.S. dollar.

I don’t disagree. The United States is a mess. Yet the U.S. dollar is surging.

Whether you see it as a strengthening of the U.S. dollar or a weakening of other currencies, you can’t deny the reality. The U.S. dollar is on par with or stronger than most of the world’s currencies and up sharply against them today versus five years ago. It has strengthened between 1.5% and 10% in just the last month against the dozen or so currencies that I pay attention to.

Gold is down 5% since the beginning of July, and some pundits are now predicting the demise of gold.

Still, many doom and gloomsters are calling for the collapse of the U.S. dollar. Eventually, they’ll be right. All that goes up will come down… it’s a matter of timing.

Meanwhile, as China and Brazil cool, as trade sanctions are relaxed against Iran, allowing that country to begin selling oil on the open market, and as commodity prices stay low, the U.S. dollar probably will strengthen further before the “inevitable collapse.”

As I say often, predicting rates of currency exchange is an exercise best left to the experts. You and I need to mind our own business. Our job is to diversify, diversify, diversify… and to invest when opportunity presents itself. Leave the doom and glooming and the know-it-all crystal balling to those who have time for it. I’m all out trying to manage my own interests.

It's In The Timing

I recommended buying property in Brazil in 2003 and 2004. At the time, the real was hovering around 2.90 per US$1, and real estate prices in Rio were a great deal, both in local terms and in U.S. dollar terms. One reader who bought on my recommendation turned US$100K into US$750K. He sold after holding the property for five years. In that time, the value of the property had appreciated by more than 50%… and the real had moved to 1.70 per US$1. The combination of real estate and currency appreciation handed the guy a 750% total return.

What’s the point of sharing that story? Frankly, I don’t know. I called the Rio property market at the right time… Brazil helped out with the currency. What can we take away from the lesson?

Again, it comes down to timing. Should U.S. dollar holders hold on to their dollars a while longer before investing in another currency in another country? I do believe the dollar likely will strengthen further against key currencies. But should you wait for the top?

Maybe the Fed will increase interest rates, maybe as soon as September, shoring up the U.S. dollar further. Should you hold on to find out?

While currency movements helped the reader who bought in Brazil in 2003, they didn’t help me in 2014.

Last year, when the euro was at US$1.35, I bought another apartment in Paris. Today, 18 months later, the euro is at US$1.10. Had I waited and not bought last year when I did, I could have saved more than 20% on the apartment in U.S. dollar terms.

Even though property prices in the part of Paris where I bought are more or less the same this year as they were last year, that apartment probably wouldn’t still be available today… and finding another apartment like the one I bought would be difficult if not impossible. The size, layout, and location are exactly what I was looking for and fit my objectives perfectly. The main purpose of this property is to serve as an office for us when we’re in Paris. I spent the day in the place today and was won over again by its charm, utility, and location. The surrounding three square blocks are like a scene out of Disney… but this is real-world, work-a-day Paris.

In addition, I’ve had use of the apartment for the last 18 months.

Real estate is a long-term investment. I don’t have any interest or need to sell this apartment today, so the today value of the euro versus the U.S. dollar is irrelevant. The U.S. dollar eventually will weaken again against the euro. Maybe that eventuality lies just around the corner or maybe it lies five or more years down the road.

I won’t worry about it unless I ever decide to sell the apartment. Right now, I don’t see that happening in my lifetime. All real estate is a long-term investment. Some real estate is a legacy investment. Paris apartments fall into that category. I intend for my kids to inherit this property. Maybe they’ll want or need to sell it at some time. By that time, the euro might no longer exist… and, if it does, it might not be the currency of France. Maybe some new Bitcoin competitor will be the world’s ruling currency.

My point is, what good does it do me (or anyone) today to try to project or predict the future currency of France or the value of that future currency versus the U.S. dollar at some indeterminate point in the future when the real estate I hold in France might be up for sale?

The decision you have to make today isn’t when to invest overseas but where.

With the U.S. dollar at five-year highs against the currencies of many markets of interest, your window of opportunity is open now.

“Lief, what banks can I open a foreign bank account in as a U.S. citizen? Does one have to declare the amount of dollars you’re bringing into the country?”

Many banks are FATCA-compliant and happy to work with Americans at this point. However, it depends on what kind of bank account you’re looking for. If you’re talking about an investment bank account, you’re looking at minimum account balance requirements of at least US$100,000 and up to US$1 million or more. For investment or private banking, the historic gold standards have been Switzerland, Austria, Andorra, and some other European destinations. Today, you can add Panama, Singapore, and a growing list of countries with banks offering investment banking. Still, though, accounts in these jurisdictions come with minimum balances in the US$250,000 range.

If, though, you’re talking about an operating bank account for paying local bills and writing local checks, then you may be required to show some kind of local connection before a bank will open an account for you. For example, in Portugal, you have to register for a local tax ID number to open a bank account.

Regarding declaring funds, again, it depends. The best way to send funds to any bank account overseas is via wire transfer. You don’t have to report international wire transfers out of a U.S. bank account. Any required reporting will be taken care of automatically by the bank.

On the other hand, if you plan to carry a large amount of cash to deposit in your offshore bank, first make sure the bank will accept it. These days, most won’t. If you plan to take cash of US$10,000 or more out of the United States, you’ll have to complete and present a customs form before leaving the country… and then you’ll complete and present a customs form in the country you’re traveling to when you arrive (remembering that some countries have lower thresholds and require you to report amounts less than US$10,000 upon entry).

Buying Property Overseas currency exchange rates strength of the u.s. dollar
Share:
Offshore Living Letter ® 2022
Legal Sitemap Privacy Policy
* Type a keyword then press Enter
We use cookies to ensure that we give you the best experience on our website. If you continue to use this site, you're agreeing to our policies.Thanks, I Accept!Privacy policy