What Would You Do If The U.S. Dollar Collapsed? 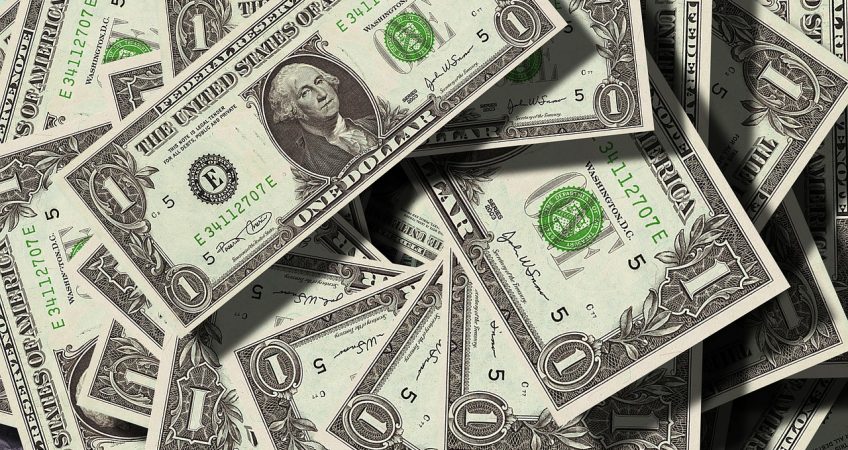 Should You Avoid Countries Using The U.S. Dollar?

On Monday, we heard from R.L., who chastised me for recommending Panama and Ecuador as options for living and investing overseas because they use the U.S. dollar. R.L. is moving to Uruguay, where he believes he won’t be affected by the collapse of the U.S. dollar.

Unfortunately, R.L. is likely in for a surprise if he’s expecting to live off Social Security or other U.S.-based income or planning to keep any investments in U.S. dollars. Should the U.S. dollar indeed collapse, his buying power in Uruguay will go down, as it will no matter where he’s living.

Predicting The Collapse Of The U.S. Dollar

You can take what you like from any of those realities. In referencing them, one thing I conclude is that I should have converted all of my U.S. dollars into Swiss francs 14 years ago and just let them sit. Had you converted US$1 to Swiss francs in July 2001 and then converted your Swiss francs back into U.S. dollars today, you’d have US$1.90 for each US$1. That’s a 5% annualized return, not including any Swiss franc interest you might have earned along the way.

Who would have predicted the long, steady appreciation of the Swiss franc against the U.S. dollar? Maybe someone did back in 2001 but not me. More to the point, who had the fortitude to convert all his liquid assets from dollars to Swiss francs way back then. Again, maybe someone did, but, again, it wasn’t me.

Turns out, you could have won big converting all your dollars to Swiss francs in 2001 and waiting things out, but should you have taken the risk?

While R.L. is right to be worried about the future value of his capital and his assets, he’s focused on the wrong thing. Don’t worry about the U.S. dollar collapsing; hedge against it. Should you have converted all of your dollars to Swiss francs 14 years ago? Maybe… but what good does it do you to remark on the missed possibility today? Instead, focus on what you can do now.

You can hedge the future value of the U.S. dollar by converting U.S. dollars you hold into other currencies—euros, yen, pounds, or Swiss francs.

You can’t hedge your Social Security payments, so I say don’t think about them. Will the Social Security Administration be paying out when the time comes for you to collect? I don’t know (hope so) but don’t have time or interest to consider the possibility. My focus is doing what I can do right now to protect and preserve what I’ve got and prepare for the future. I can’t do anything about the U.S. Social Security Administration or the state of U.S. entitlement payments, so I don’t expend time or energy thinking about them.

Back to the point… that is, R.L.’s question. Should we avoid spending time or money in countries that use the U.S. dollar for their currency?

Whether the U.S. currency collapses or the entire U.S. economy gets crushed under the weight of U.S. government debt, avoiding U.S. dollar-based economies for retirement or investment isn’t the answer.

Panama uses the U.S. dollar because it was forced to when the United States backed its separation from Colombia so it could control the construction of the Panama Canal. Panama actually has its own currency, the balboa, which is pegged 1-to-1 to the U.S. dollar. Panama mints its own coins because historically that has been cheaper than buying coins from the United States. Recently, Panama even minted 30 million of its own 1-balboa coins, worth US$1 apiece.

The country could, in theory, decide at any time to use its own currency exclusively… or to peg its currency to another currency, such as the euro.

More important, I think, is the fact that Panama’s economy is strong and growing. That’s why it’s a good place to invest, specifically in real estate, agriculture, and business.

Say you invest in a piece of productive property in Panama—a rental apartment or a farm. That investment will generate cash flow. That income could pay your rent and other expenses in Panama, regardless what currency Panama is using. I have rental and other cash-flowing investments in Panama, enough to cover my Panama living expenses. Even if I weren’t living in Panama, though, that cash flow, in U.S. dollars now but in whatever currency in the future, could be converted immediately to any other currency I needed.

Yes, currency or economic disasters in the United States will affect Panama and Ecuador and, in fact, the rest of the world. You aren’t going to insulate yourself from whatever dramatic debacle might lie ahead for the United States simply by living in a country that doesn’t use U.S. dollars.

As we don’t and can’t control the path of the United States, we, each of us, has to focus on controlling our own path.

“Lief, I’ve just read your comparison of Portugal versus Panama. I have an EU passport, and I am considering relocating from the United States to Portugal or France (Spain was in third place).

“How much would I pay in real estate tax for a condo or village house worth about US$150,000 in any of these countries? I know I could ask in consulates, but you are better because your information is from the firsthand experience.”

Property taxes are generally low in Europe. Figure less than US$1,000 a year for a property in that price range, maybe less than US$500 per year.