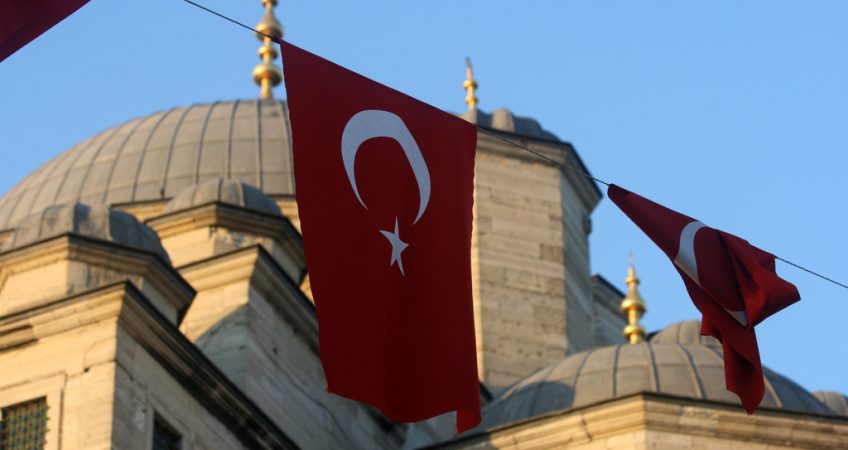 The Climate In Turkey, Then And Now

My first trip to Istanbul was about 16 years ago. At that time, you exchanged your dollars into Turkish lira day by day. We were in the country two weeks; the exchange rate went from about 250,000 lira to US$1 to about 400,000 lira to US$1 by the time we left. The country and the economy were in disarray.

In the countryside, people put their money into construction. Any house you saw had a second or third story started…with the owners living on the ground level. With inflation running at 100%, the only safe investment a wage-earner with some extra cash could make was in expanding his house.

Inflation remained above 20% annually until 2004. It’s currently about 9.5%. However, with GDP growth at about 4.5%, the currency isn’t falling like a rock (although it has lost about 50% of its value against the dollar in the last five years). Fortunately, the country dropped six zeroes from its currency in 2005, so you’re less likely to be scammed by the movement of a zero or two by your taxi driver (as happened to me way back when)…though the taxi drivers still try to pull one over on you otherwise if they can.

Having spent the last two weeks in Istanbul, I can say: What a difference a relatively stable and growing economy makes. In 1998, people were friendly, but there was a desperation in the air. Pass by one of the thousands of carpet shops in 1998, and the proprietors practically dragged you inside. Today, the carpet sellers sit calmly in front of their shops drinking tea. They still try to chat you up and get you inside for a demonstration, but they’re less frantic about it. The same can be said about walking through the Grand Bazaar. The touts are still there trying to get you to buy, but they are less aggressive than I recall (and I’m less tolerant today than I was back then).

With renewed investment in a public transportation system that is today expanding after having been left for dead in the 1980s, the city is trying to keep up with its growth. The official population is around 13 million; unofficially, it’s estimated at 20 million. Istanbul is one of the world’s new megacities in a country with a GDP ranking in the world’s top 20 and climbing.

Continued growth for this country is inevitable despite the regional conflicts affecting it. Syrian refugees have flooded into the country and into Istanbul especially. Beggars on the streets of Istanbul today aren’t Turkish but Syrian. Turks aren’t begging; they’re working. The country’s unemployment rate is 9%, which may seem high but is good for the country when compared with the EU (where the average unemployment rate is 10.4%).

Positioned at the crossroads between Europe and Asia, Turkey has one foot in each camp. This is of great significance in today’s world. Economic success today depends on diversification, and Turkey’s geography makes diversification a no-brainer. The Asian neighbor issues are having a negative effect on the Turkish economy right now…creating risk and concern. Opportunity in the EU is having a positive effect…so much so that Turkish Finance Minister Mehmet Simsek expects the country’s current account deficit to continue to narrow.

What Does This Mean For The Offshore Investor?

For the investor, Turkey is well-positioned. The country may or may not ever gain entry into the European Union, but it has close EU trading ties that include a customs union. The geographic position is excellent for regional trading. However, it’s the local population of 77 million people, with more than half of that younger than 30, that I find most interesting. Selling goods and services into this young market offers big potential upside.

Government incentives for investors interested in setting up shop in Turkey include a corporate tax rate of 20% (reduced from 33%) and Technology Development Zones and Free Zones that can further reduce your corporate tax rate while also making your company eligible for grants against social charges and even land.

One difficulty I see is the language. While many Turks speak English, the Turkish language isn’t easy…at least for me…despite the Westernization of the written language by Ataturk (the founder of the modern Turkish Republic).

If you’re not interested in setting up shop in Turkey, you could export Turkish goods for sale back home. We picked up some samples for Trader Jack’s Bazaar, including embroidered pillow covers, beaded jewelry, and handmade knives.

“Lief, I’m curious to find out about a health insurance question. If one purchases insurance say in Belize, do I still have to buy insurance in the United States under the Obamacare?”

An American resident overseas who qualifies for the Foreign Earned Income Exclusion does not have to buy health insurance under the Affordable Care Act.

You can read more: