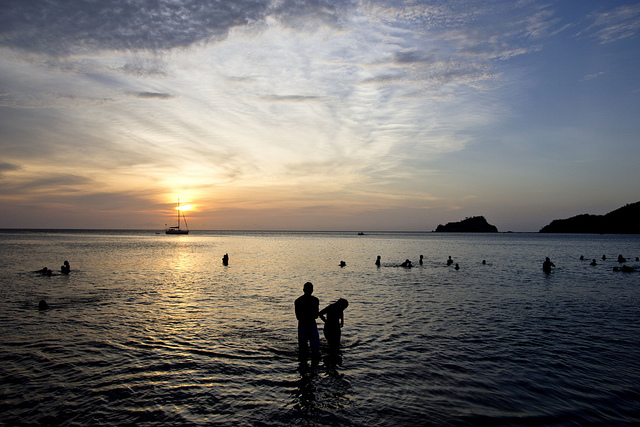 Why Do We Keep Lying To Our Readers?

As I’m in Medellin this week, I’m reminded of an e-mail from a reader from a few months ago. This reader was demanding a retraction of our endorsement of Medellin as a retirement and investment destination because he had done some Internet research and found “conclusive” information that we were lying to our readers.

His conclusive information? An article from 2010 about the murder rate in Medellin and the U.S. State Department report on Colombia. Based on these statistics and materials, he decided that Colombia (Medellin in particular) couldn’t possibly be a safe place to spend time.

Unfortunately, all too many people base their decisions on even important things like where to live on statistics and other information they find on the Internet. But statistics are a funny thing. Depending how you select and present them, you can find some to support any argument you want to make.

Yes, Medellin has a high murder rate. However, it’s mostly drug gang members killing each other with a random innocent bystander getting in the way once in a while. Sounds like the reality in every major city in the United States to me. Just as in those U.S. cities, if you stay out of the bad neighborhoods, you’re not likely to get shot.

How About A U.S. State Department issued U.S. Advisory Report?

I have always wondered what the U.S. State Department would write about the situation in the United States if it ever published a U.S. advisory report. Something along the lines of:

“Stay away from Florida, as tourists who rent cars get car-jacked and shot. Avoid New York and Washington, D.C. Big terrorist targets. Don’t visit any city with more than 500,000 people, as you’ll encounter gang violence. Don’t visit rural areas, as the rednecks will shoot you to protect their moonshine and marijuana operations.”

You can’t rely on the news for proper reporting of current events either. With so many news outlets scrambling to fill so much news time every day, they need to create news that gets people’s attention. People I know who once lived in Israel have told me about watching news crews paying groups of kids to throw stones so they could videotape them for their newscast.

I was in Argentina in early 2002 while protests were still going on following that country’s December 2001 currency crisis. Readers at the time told me I was crazy. Didn’t I watch the news? Didn’t I understand the danger all around?

In fact, I did watch the news, in my hotel room in Buenos Aires each night. The “widespread” riots and unrest they were showing were a mystery to me. I was out, all over the city, every day, looking at apartments for sale in all areas, having business meetings.

And I did witness in person a couple of the “riots” being shown on those nightly newscasts. One was on the steps of the justice building. Once the camera crews had gone, the Porteños put down their signs, sat back down on the steps, and began sipping their mate tea.

The most dangerous “riot” I saw was a dozen little old ladies beating on the outside of a boarded-up bank (many banks closed during this time due to liquidity issues) with old pots and pans. I walked right by them. They didn’t pay any attention to me. Kept on banging away with their old frying pans.

There were riots in Paris in 2005. Cars were burned on the streets every night. My wife Kathleen and I had been traveling in Croatia the week before the riots started. We returned to Paris, but I took off again early the next morning for a conference in Nicaragua. The first day of the conference, attendees asked me how I could have left my family alone back in Paris. Wasn’t I worried about them with all the rioting going on?

I didn’t have time all week to watch the news, and every time I spoke with Kathleen on the phone, I forgot to ask her about it. She never mentioned any riots.

Finally, when I got back home to Paris, I remembered. Kathleen had been in Paris the entire time, going in to the office each day, taking the kids to school, running errands, meeting friends. She hadn’t learned about the protests until they were nearly over. How could that be? Because the “riots” were taking place on the edge of the city in what would be considered immigrant neighborhoods. They were very contained, and they weren’t really riots. They were small groups of malcontents setting cars on fire. For some reason, in Paris, malcontents like to set cars on fire. It’s a thing they do.

But in the middle of the city where we lived, everything was business as usual. Yet, the news media would have you believe that all of Paris was burning.

Where To Go Then?

How can you really know what’s going on in a place you have any question about? I’m not a trusting soul by nature, but I have a few friends and colleagues whose intelligence from a scene I trust. Short of that, if I’m wondering what the situation is really like in a place I’m hearing conflicting reports about, I go visit for myself.

That’s not to say you should have visited Egypt during the Arab Spring. But you do have to put things into context when watching the news and reading government-issued reports and advisories.

Meanwhile, I’d suggest that the reader who is trying to decide his life based on statistics he finds on the Internet take a look at the statistics for where he’s currently living. I did some research for his reference. He lives in California. His town is bordered by another town with the highest crime rating in that area. In his town they have more registered sex offenders per capita than any other in the county. And California has produced more serial killers than any other U.S. state.

No, I’m not cancelling my trip to San Diego later this year.