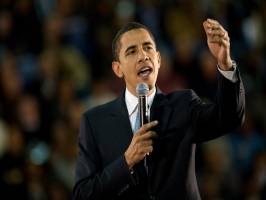 Summit Of The Americas In Panama City This Weekend

Last night we drove home through a crowd of Venezuelan protestors making known their complaints with their President Maduro, in Panama City for this week’s Summit of the Americas meetings. This morning, the protestors are gone, but the streets of Panama City are lined with cops. Every center-city corner is occupied by three or more police officers, standing, observing. Driving to the office this morning, Kathleen and I wondered where they’d all come from.

“These cops seem of a different caliber than the ones we usually see milling around downtown,” Kathleen observed. “Maybe they’ve imported some from outside the country.”

Starting at noon today, many of the main roads leading to and from the Atlapa Convention Center, where the meetings are taking place, will be closed through Sunday evening. Tomorrow has been declared a holiday to alleviate the impact of all the detours and checkpoints.

This week’s cumbre has brought the heads of the 34 member states, plus Raul Castro, to Panama. The American and international press are all aflutter wondering if Castro and Obama will have a private, off-the-books meeting.

Panamanians, on the other hand, are happy to have another long weekend. Many have already taken off for beach and mountain weekend homes, leaving all the anticipated traffic chaos in Panama City behind.

I’m thinking we should have decamped, as well, taken off to visit our house under construction at Los Islotes. Alas, we’ll be braving the city this weekend. Living in the same building as the Panamanian president is likely going to slow down our comings and goings. Last week we had to supply name and ID information for everyone living in the apartment, along with the license plate numbers of our cars. Our maid and driver had to register for special badges to be able to come and go. If you’re not on the list, you’re not getting near the building this weekend.

The last Organization of American States summit was held in Cartagena in 2012. You may remember the scandal created by U.S. Secret Service agents not paying their prostitutes for services rendered. No such scandals so far this summit. Most prostitutes in Panama City are Colombian. Hopefully they’ve been briefed by their counterparts back home and are insisting on payment in advance.

Besides the prostitute scandal, the 2012 meetings produced a list of “mandates” (http://www.summit-americas.org/SIRG/2012/041412/mandates_sc_en.pdf) that boil down to everyone agreeing to work together to improve infrastructure, to reduce poverty, and to fight cross-border organized crime.

While those are all worthwhile goals, is it worth the cost of 35 heads of state and their entourages making the trip? Couldn’t they come up with such an obvious list of things to work on with a Skype conference call? Skype-to-Skype calls are free.

One hopes that public rhetoric and cliché mandates aren’t the only things to come out of these summits, that maybe the behind-closed-door meetings have value. Maybe Obama and Castro can pave a faster road to normalized relations between the United States and Cuba. I wish them well.

And hope only that their politicking doesn’t turn my weekend trip to the grocery store into an international incident.