The Election Year Is Ahead Of Us. Here’s What It Means For The Stock Market 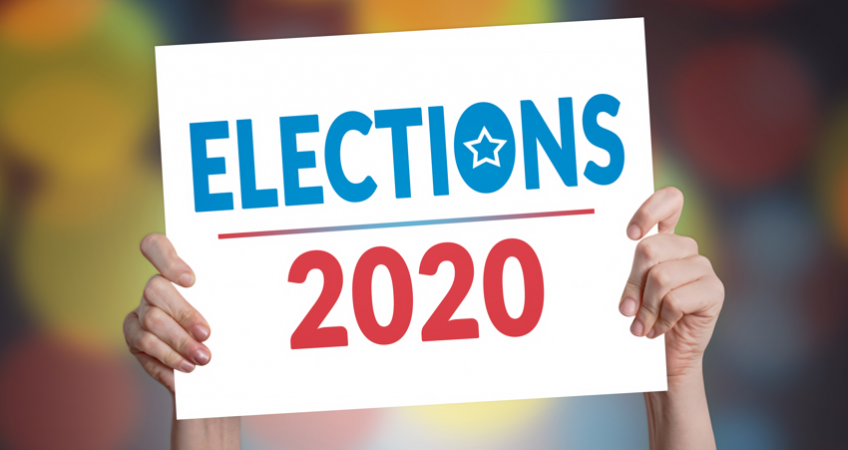 Countdown To U.S. Presidential Elections Begins… What Does It Mean For The Markets?

That’s how much time we have left until the next U.S. presidential election.

Sure, that’s almost a year from now, and the Democrats still need to pick their nominee.

Nonetheless, I think it’s time we start talking about the 2020 election… especially about the effect it will have on the stock market.

Election years tend to be volatile, and this one promises to be even more so than the last one.

The Two Most Dangerous Candidates For The Stock Market

Democratic candidates are typically seen as unfriendly to the market.

They support broader government regulations, like to intervene in business planning, and promote higher taxes.

If a Democrat wins the 2020 election, there’s also a high chance he or she rolls back Trump’s corporate tax cuts. This would undoubtedly raise unemployment and hurt the economy.

However, the biggest threat to the market comes from Elizabeth Warren and Bernie Sanders’ aggressive social policies.

Medicare For All and universal free education are both great ideas that work well in many countries. However, they come at the expense of significantly higher taxes than Americans are used to.

If these programs were to come to pass, the accompanying tax increases would leave both companies and individuals with less money to spend elsewhere, which would slow the economy. Economists call this phenomenon the Laffer Curve.

Warren and Sanders are promising that the wealthy will absorb the costs of their programs, but that’s unrealistic. No wealth tax has ever worked anywhere in the world, though many countries have tried. Estimating someone’s wealth is too tricky.

Another threat is the discussed tax on the sale of financial instruments. Such a tax would drastically decrease stock market liquidity and create a level of volatility such as we haven’t seen in decades.

Bottom line, the stock market won’t like it one bit if either of these candidates comes out on top.

Another term for Trump would be the most beneficial for the stock market.

Under his tenure, the U.S. economy has expanded significantly, despite the rest of the world slowing down.

Sure, he’s living behind mountains of debt. But when you have the world’s most powerful money-printing machine, the Fed, watching over the economy, why not.

But Trump is not the only option. The stock market would welcome another candidate as well—Joe Biden.

He has a much more conservative approach to taxes than his competitors, and he does not lean as far left.

Moreover, center-left candidates tend to push more reforms through Congress, which always benefits the economy in the long run.

Finally, the tax increases Biden suggests would not be enough to slow the ongoing U.S. expansion, now that the Fed is back with its QE program.

Expect the market to remain volatile at least through July, when we’ll know finally who the Democrats choose as their candidate.

If it’s Biden vs. Trump, the economy is in safe hands.

However, if Warren or Sanders wins the nomination, volatility should persist until the November vote… and beyond should Trump lose.