Ten Women Walk Into A Bar… And Learn About U.S. Taxes 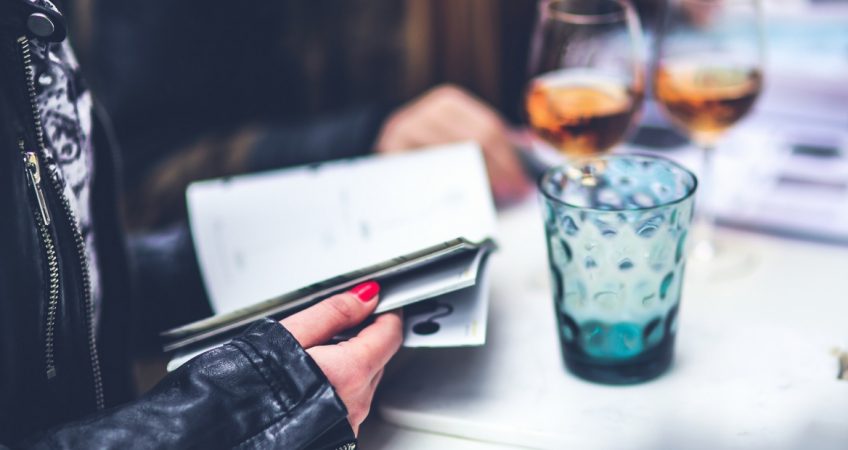 On The Edge Of My Seat Waiting For Tax Reform

Anticipation continues to build for details of the promised U.S. tax reform measures.

House Republicans delayed release of the specifics yesterday and promised to share them today. I’ll have my thoughts on what, if any, effects the proposed changes will have on Americans living, investing, and doing business offshore as soon as any real information is available.

Meantime, the White House this week borrowed a story that’s been passed around the internet for years to try to explain how it can look like a tax cut helps the higher earners most when, in fact, in percentage terms, lower earners benefit more.

Ten women go out for happy hour every week. The total bill for all of their drinks comes to US$100.

The first four (the poorest) pay nothing.

The fifth pays US$1.

The sixth pays US$3.

The seventh pays US$7.

The tenth lady (the richest) pays US$59.

At some point the owner of the bar decides to give the group a discount because they come in every week. The cost of their happy hour drinks goes from US$100 to US$80.

Sticking with the pay-your-fair-share approach based on income, the first four are unaffected. They still drink free. But what about the other six women? How should they divide the US$20 price reduction so that everyone receives her fair share?

Twenty dollars divided by six is US$3.33. However, if they subtracted that amount from everyone’s share, then the fifth and the sixth ladies would end up with negative amounts due. Should they really get paid to go out drinking with their girlfriends?

Of course not. What could be done? Well, you could recalculate what everyone pays, returning to the income premise. This gets you to a new payment schedule where…

The fifth woman, like the first four, now pays nothing. She gets 100% off what she paid before.

The first four women continue to drink free… and each of the other six is better off than she was before.

You’d think so. However, their first night out on the new payment schedule, some of the women complain when the bill comes around. The rich lady got the best deal! She saved US$10. That’s 50% of the overall US$20 price reduction. Why should she get such a big share of the savings? That’s not fair!

The girlfriends begin to argue…

“That’s true!” shouts the seventh woman. “Why should she get US$10 off, when I got only US$2? The wealthy get all the breaks!”

“Wait a minute,” yell the first four women in unison, “we didn’t get anything at all. This new system exploits the poor!”

The nine women surround the tenth and tell her they are angry with her and think she is not much of a friend.

The next week lady number 10 doesn’t show up. Why would she?

The other nine sit down and have their happy hour without her.

Then the bill comes, and they discover something important. They don’t have enough money among all of them to cover even half the amount owed…

Explaining the US Tax System

Of course, U.S. taxes are more complex than splitting a bar bill, but whenever I hear people complain that the rich in America aren’t paying their fair share, I think of this story.

Do the math and that means the top 10% of earners paid more than 70% of all personal income taxes collected last year.

You can look to individual cases to find flaws in the system… some rich guy not paying taxes at all. But remember the ladies in our story. Can you blame the one who decided, finally, to absent herself from the party altogether after her friends banded together to attack her even though she had been covering the lion’s share of the bill all along?

Eventually the guy (or gal) footing the majority of the bill has to say enough is enough and take his or her patronage elsewhere.

Warren Buffet thinks the rich should be paying more in taxes. How much more beyond the 70% of the total amount collected from individuals that they are paying already?

I don’t think Warren has been specific.

He’s free, of course, to give the U.S. government as much of his money as he wants. Many people gift money to the U.S. Treasury to help pay down the U.S. debt (you and Mr. Buffet can make your contributions here).

When I decide to give my money away, I give it to charity. I’m not opposed to lending a helping hand to someone who needs one, but I prefer to do it direct. The U.S. government is just a middleman who has shown himself completely incapable of managing money. Why would I volunteer to give him any more?

Here in Paris, from where I write, it’s early morning. U.S. Congressmen haven’t gone to work yet. I’m on the edge of my seat waiting to hear what their new tax reform plan is all about.