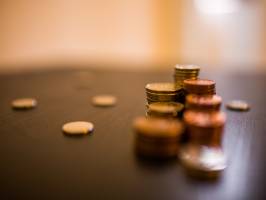 Arbitrage And The Offshore Life

Among the benefits of living an international lifestyle are the arbitrage opportunities you come across. I was reminded of this a couple of weeks ago when we visited with old friends in Waterford, Ireland.

Living in Ireland years ago, we found that good-quality antiques were available for bargain prices compared with prices in the States. We could buy better stuff for less than the cost of not-nearly-as-nice antiques where we’d come from. As far as we could tell, the Irish didn’t value old furniture the way Americans generally do. Everyone in Ireland wanted new.

Waterford City, where we lived, had an auction house. We attended regularly and noticed that often in the audience with us were U.S. antiques dealers, who’d fill containers with furniture and other antiques and collectibles they’d then ship to their shops in the United States to resell. If they bought right, they could triple their money or better. We sometimes messed with their margins by competing with them for certain items. Even paying well beyond the guide prices, as we’d sometimes end up doing, the cost of furnishing our Waterford house with antiques was a fraction what the cost would have been Stateside.

Turned out an auction was taking place the week we were in Waterford recently. Kathleen and I went to the viewing and were struck anew by the low prices. Truly unique and valuable items went for bargain bids. I collect pocket watches and was able to buy an antique 18-karat-gold pocket watch with a matching gold chain and fob for less than half what comparable watches I’ve seen recently are selling for.

As those dealers we used to bid against had figured out, if you’re looking to supply an antiques store in the United States, Ireland would be a place to shop.

Knowing The Difference Between Business Opportunities

Not all arbitrage opportunities are as obvious or suggest business opportunities, but, as you expand your world, you learn where and when to shop for certain things. Ireland is a good place to shop for antique furniture and jewelry… Colombia is the place to buy cow hides (that make great rugs)… Portugal is one of the world’s best sources of hand-painted ceramic tiles.

When we lived in Europe, we shopped for clothes when we were traveling in the United States. High sales taxes in Europe made the same or comparable items noticeably more expensive than we could get them Stateside. Now, living in Panama, we buy portable electronics in the United States. The free-trade agreement has lowered prices for electronics in Panama from what they were when we first moved here. Still, the Panamanian marketplace lacks competition, so prices remain higher than in the States.

Currencies present another arbitrage opportunity. American friends who are retired use currency exchange rates to help time their travels. Right now the U.S. dollar is at a 12-year high against the euro. Our friends have spent the past few months in Europe, making the most of their super-charged buying power.

Taking advantage of crisis can also benefit your international life, not only for investment, but also for travel.

We visited Egypt in 2007, a time when few Americans were traveling to that country due to safety concerns. Prices were a bargain across the country, we didn’t have to compete with hordes of tourists for position at the major sights, and everywhere we went everyone in the tourist industry (hoteliers, restaurant staff, shopkeepers, and tour guides) treated us like royalty. We had a five-star trip on a three-star budget. The Egyptians were so eager to make sure nothing happened to this small group of brave American tourists (our family) that we had our own shadow security for most of the trip.

You have similar opportunities right now, once-in-a-decade and better chances.

My advice? Get up and get going. Plan an extended stay in Europe or pull the trigger on the property investment you’ve been considering in Colombia. You’ll regret it if you don’t.

“Lief, I enjoy Simon Letter and many other publications you create. I attended your Panama conference in April 2014, which greatly helped propel me into international property investing.

“In the meantime I have set up two self-directed IRAs each with a Nevis LLC inside. Each of the LLCs also owns an international bank account and various properties. I have reported the bank accounts, but it remains unclear to me what/if I need to report anything about the IRAs to anyone in U.S. government bureaucracy other than that they get reported to and through my IRA custodian.

“Please let me know the nuance on that.”

I’ve been round and round this point with tax preparers for a long time. My position and that of the IRA custodians I’ve spoken with is that the LLC is owned by the IRA, meaning the custodian is responsible for reporting for the entity.

In the case of your two IRAs, assuming you’re a signer on the associated bank accounts, you have to report those on the FBAR. Do this under part four, as a signer having no financial interest. It’s counter-intuitive, as the IRA money is really yours. However, you’re a beneficiary of the IRA trust, which doesn’t qualify as a financial interest… at least that’s what the IRS people I’ve spoken with tell me.

invest overseas irish antiques property Colombia travel Egypt travel Europe travel Ireland
Share:
Offshore Living Letter ® 2022
Legal Sitemap Privacy Policy
* Type a keyword then press Enter
We use cookies to ensure that we give you the best experience on our website. If you continue to use this site, you're agreeing to our policies.Thanks, I Accept!Privacy policy