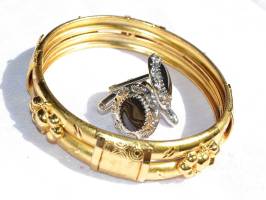 This Hard Asset Is An Inflation Hedge With Investment Upside

When most people think about investing in metals, they think precious metals—gold, silver, platinum, and palladium.

I’d say precious metals are not as much an investment as a hedge against inflation… and the price of gold may be more manipulated than Russian politics.

The volume of gold traded on paper exceeds the total physical gold available in the world. Futures options, unallocated bullion programs, and gold funds trade based on gold prices, but it’s all paper that could vanish with a keystroke.

That’s why it’s preferable to hold precious metals in physical form if possible. Coins work for small amounts. Gold storage programs are available for bigger volumes. How you store it aside, you should have some gold and silver stashed away in case the financial markets collapse and you find yourself unable to obtain or use paper currency.

Again, though, I wouldn’t classify gold and silver as investment vehicles.

However, you have other metals options that achieve the hard asset objectives of gold and other precious metals while also providing investment upside.

Strategic metals and rare earth elements (sometimes lumped together as “rare earth metals”), the raw materials essential for modern industry, available in limited supply, and, at the moment, produced primarily by China.

The supply is limited because these metals are not commonly found in volume. They are present most everywhere in the world, but in small quantities. Many are byproducts of mining mainstream metals such as copper, nickel, and lead. Others are so dispersed that you have to dig up a lot of dirt to accumulate a meaningful amount.

The processes required to find and refine these metals are not environmentally friendly, so the West has placed serious environmental regulations on their production. China has no such restrictions and has become the supplier of 80% to 97% of world supplies. The Chinese are keen both to maintain stores of these metals for their own future use and to continue to control supply to the rest of the world.

A country that irritates China, as Japan did in 2010, could find itself cut off.

Prices for several of these strategic metals spiked in 2010 and 2011. Since then prices have fallen from those peaks. Earlier this year, after World Trade Organization intervention, China agreed to eliminate export quotas and restrictions, contributing to bringing prices down.

China’s monopoly position and export controls pushed other countries, including Australia and Malaysia, to expand production. Still, these metals remain rare… and demand is only increasing.

European Union reports predict shortages of many of these metals, even with increased production. Demand for gallium, for example, used in LED lighting, is expected to outstrip supply by 2020. Currently, gallium prices are down significantly because supply is sufficient, making this a good time to consider adding the metal to your hard-asset inflation-hedge portfolio. I believe prices for gallium will rise as industrial demand for this metal increases over the next 5 to 10 years. LEDs are replacing incandescent lights around the world.

More than a dozen other strategic metals and rare earth elements are likewise very good buys right now, depending on which industries and uses you think will expand at the greatest rates in coming years and decades. Indium, for example, is used in touchscreens, among other products. Rhenium is used in unleaded gasoline as well as super alloys.

Ideally, you could hold more than one of these metals to hedge industry variables.

Your strategic metals could be stored in a secure bonded warehouse in Europe… or you could take delivery of them yourself.

One downside to these metals is that, if and when you decide to sell, your future potential buyer likely will be a manufacturer rather than another individual investor, meaning these metals can be less liquid than gold. Plan on an exit time frame of a couple of months when you decide you’re ready to liquidate.

InvestGPS has found one of the biggest and most respected brokers in the industry. This broker works with both individual investors and manufacturers. Only about 25% of their business is private investors, meaning they have a good universe of potential buyers for you to access when you decide you want to sell.

For more details on adding strategic metals to your portfolio, get in touch here.

“Lief, I am a Canadian resident and attended your invest in Nicaragua seminar in November 2014. I subsequently purchased raw land in Nicaragua with the intent to develop it.

That’s a difficult thing to do considering real estate in Nicaragua is almost always priced and traded in U.S. dollars.

One advantage you have is that the Nicaragua córdoba depreciates versus the U.S. dollar at a scheduled rate. So the dollars you earn from selling land in the country will be worth more in córdoba terms over time and help reduce your local costs in U.S. dollar terms.

Meanwhile, as an aside, the U.S. dollar is strong against the Canadian dollar right now. This would be a good time to sell from that perspective.