How To Send An International Wire Transfer 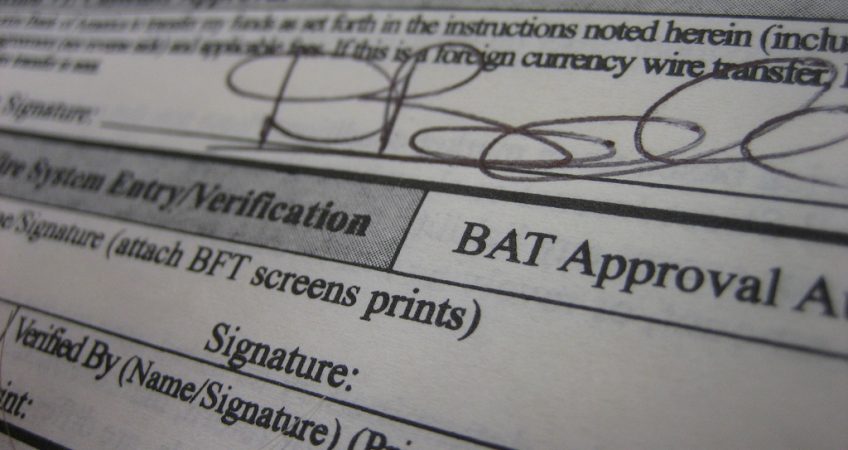 Everything You Need To Know About Wiring Money Overseas

I’m getting a lot of feedback from people trying to send international wire transfers.

A reader wrote this week to say:

“I went to my bank branch to initiate a wire transfer on Monday. The teller had to call over the branch manager to help with the paperwork. Once the manager saw I was transferring money to Panama, she told me they wouldn’t be able to do the wire transfer. When I asked why not, she said because investing in Panama is too risky.”

A similar tale from another reader:

“I tried to wire money to Panama for a property purchase, and the teller told me they couldn’t do the wire because they didn’t have a branch in Germany. The Panama bank uses a German bank as their intermediary, but isn’t that what they (an intermediary bank) are there for—to accept international transfers?”

I share the frustration these and the other readers I’ve been hearing from are feeling. Recently, two Los Islotes investors tried to wire money for their lot purchases. The first client’s funds never made it because they were rejected by the Panama bank’s intermediary bank and returned to the client almost two weeks after the wire had been initiated.

The second client’s funds arrived the next day, after having passed through the same intermediary bank.

The difference? Who knows.

Every Bank Is Different And So Are Their Processes

This is why banks work with intermediary or correspondent banks, to facilitate international transfers of funds. Unfortunately, this means another layer of information, including the recipient bank’s account number with the intermediary bank. If any of the information is missing or not included in the instructions in the expected format, the wire can be rejected, as it was for my Los Islotes buyer.

Most folks don’t send international wires on a regular basis, and, even if you do, it’s hard to keep up with all the particulars.

The easiest strategy these days is to initiate a wire online. The trouble is that online systems don’t work when trying to send a wire using a bank that requires several layers of intermediate and final beneficiary details. In a situation like that, you have to go into a bank branch to initiate the transaction in person.

When you do, don’t stand in line and wait your turn to speak with a teller. The typical bank teller in the typical neighborhood bank has never sent an international wire and probably wouldn’t be able to find the transfer’s destination on a map. You want to speak instead with a personal banker or a manager.

Engage the conversation confident in the fact that your bank can, indeed, wire your funds where you want them to go. Don’t let the banker you speak with try to tell you otherwise. Also, don’t let the banker try to talk you out of the transaction altogether. It’s your money, not his. What you do with it is none of his business (unless he’s also your money manager). You don’t have to justify your plans to him or anyone else (well, maybe to your spouse).

Here are some fundamentals and some terminology for reference.

U.S. banks use what is called an ABA number, which identifies banks within the U.S. banking system. If you’re transferring money from one U.S. bank to another, all you should need is the recipient bank’s ABA number and the beneficiary’s name and account number (maybe their address, too).

International banks are identified by what’s referred to as a SWIFT code. A SWIFT code is all letters, no numbers, and it should be all you need for most international wire transfers. Sometimes the sending bank will require the intermediary bank’s details, as well, including that bank’s SWIFT code.

In Europe, the system is much simpler in my view and is based on the IBAN number. This is an aggregated number that includes the bank identification and the recipient’s account identification along with some other numbers to guide the transfer through to the recipient. With an IBAN number, nothing else is required for the money to arrive where it’s supposed to arrive, though most banks still request account names for confirmation.

Sending a wire from one currency to another creates further complications. Again, from a reader last week:

“The bank says they can’t send a wire to Singapore for me because they don’t have any Singapore dollars.”

Another case where the teller had no idea what he was talking about. The teller was correct when he told your fellow reader that his bank didn’t have any Singapore dollars to send, but that’s irrelevant. That’s what currency exchanges are for. In the case of a small local or regional bank, it may be necessary for your banker to contact his correspondent bank first, before initiating the wire, to get the exact U.S. dollar amount required to send the specific foreign currency amount, but don’t let your banker tell you he can’t send the wire at all. That’s just not so.

When sending a wire online, you typically can elect to transfer the funds in your currency or in the currency of the recipient. Again, online is always easier when it’s an option.

Back to the reader who wrote in to say that his banker insisted he couldn’t wire money to Singapore. Finally, thanks to the guy’s persistence, the banker came around and sent the wire. However, he wired the U.S. dollar amount rather than the Singapore dollar amount. Now the poor guy is due a refund in the amount of the extra Singapore dollars.

And now his banker is now telling him the bank can’t accept a wire from Singapore.

“I’m wondering if in a past newsletter or Q&A you have addressed your experience in the actual mechanics of moving funds internationally. Here’s an example scenario. I’ve successfully made the move to live abroad and have a checking account at a bank where I now live (let’s say I found a nice beach community in Mexico) but need to pay the IRS, a utility bill, etc., back in the States.

“Wire transfers can get expensive on both sides, but writing a check drawn on an international bank doesn’t seem like it tends to go over very well in the United States. Any thoughts or information in your publications I could reference back to?”

The easiest way to take care of those kinds of bills and payments is to keep a bank account open in the United States. Make sure it’s with a bank that allows for online wire transfers and online payments. Most major banks do these days, but you should confirm what you can and can’t do online. You don’t want to end up in a position where the only way to do what you want to do is by going into a U.S. bank branch in person.

Global Banking International Wire Transfer Moving Money Offshore Send An International Wire Transfer
Share:
Offshore Living Letter ® 2022
Legal Sitemap Privacy Policy
* Type a keyword then press Enter
We use cookies to ensure that we give you the best experience on our website. If you continue to use this site, you're agreeing to our policies.Thanks, I Accept!Privacy policy