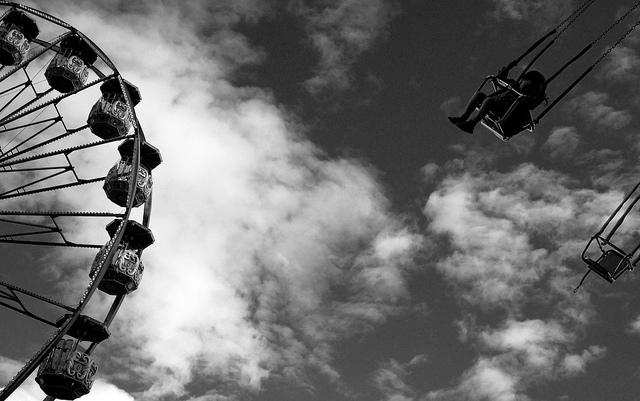 Report From The No-Go Zones

I spent last week in Puerto Vallarta, Mexico, and am this week in Belize City, Belize.

Two places that the U.S. State Department thinks no American should visit. Way too dangerous.

I’m not going to try to tell you that nothing bad has ever happened in Mexico or Belize. Parts of both of these countries have trouble areas and no-go zones. Anyway, I wouldn’t go to those parts if I could avoid it.

But Mexico is a big country. It’s easy not to go to the areas where you don’t want to go. You have lots of other, better options. Including Puerto Vallarta, for example. Great place to be…as everyone who joined me there for our Live and Invest in Puerto Vallarta Conference last week would agree, I’d say.

Belize is a more interesting example, because, unlike Mexico, Belize isn’t big. It’s small. And Belize City, from where I write today, was once described by a friend as the “Calcutta of the Caribbean.” There’s no point trying to sugar-coat it. It’s not as though you wouldn’t notice if you came to visit yourself. I’m here hosting our Live and Invest in Belize Conference. I’m sure that the 50+ attendees who’ve traveled here to join me looked out the window of the van, driving in from the airport. They’re not daft. They can see as well as I that much of Belize City is little better than a slum town.

We’re in Belize City because it’s the only place in the country with the facilities we need to support this week’s conference. As soon as the conference is over, I’ll be headed elsewhere (probably to Ambergris Caye). And I’ll strongly encourage everyone else here with me this week to do the same. Get out. Go see this beautiful country, I’ll tell them. Because you certainly won’t get an idea of all that Belize has to offer if you stick around Belize City. And you might well get mugged if you go out wandering around certain Belize City neighborhoods on your own.

So don’t go to those neighborhoods.

At least one or two readers write in to us every day to ask, “Is it really safe?” Mexico…Belize…Medellin, Colombia…are these places really safe?

Increasingly, I struggle for a response that won’t be received as overly direct.

Would I be spending my time…would I be investing my money…would I be building businesses…would I be traveling with my family…with my children…would I be sending my wife off to travel sometimes on her own…in places that I think aren’t really safe?

You can find statistics to support any position you want to adopt related to any place in the world. That’s why I generally ignore them.

I don’t make decisions on where to live, invest, and do business based on statistics. I make them based on experience, my own and that of people I know well and trust.

I recommend you do the same thing.