Relocating Overseas With Your Children 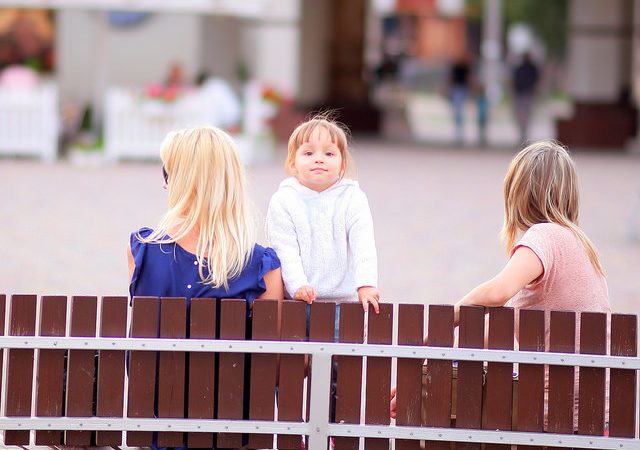 Go Offshore And Take Your Kids With You

With more and more people looking to move not only their assets but also themselves offshore, the question is coming up more often. That is, readers are writing regularly to ask: Should I move with my kids?

Decades ago, a term was coined for children who grow up outside their “home” cultures. “Third Culture Kids,” they are called, and they are a growing population as the world becomes more interconnected.

To answer the question we’re asked more often all the time, “Should you move with your kids?”…in short, yes.

I have two of these children myself. One left the United States in grade school (as my wife puts it, this child was “yanked” into this life); the other was born into the life. The younger child has known nothing else. He started life in Ireland, where he went to pre-school. Then we took him to Paris, where he was enrolled immediately in the local kindergarten…in French. The language issue resolved itself within three months, and today he’s more French than anything else despite having moved from France to Panama at age 8 (coincidentally, about the same age as our daughter when we moved her to Ireland).

Our daughter had a harder time of it. Although she had traveled internationally a bit before the move, she had a comfortable life in the United States. She had friends and family. She had foods she knew and liked. So she resisted the move overseas. She was too young, at age 8, to recognize the opportunities we were trying to open up for her. For her, moving overseas wasn’t about embracing more options; it was about losing most of all the ones she’d known to that point.

The good news for you if you’re considering a move with school-aged children is that, eventually, our daughter overcame her resistance…especially when we moved her again, this time at her suggestion, from Ireland to Paris. In Paris, she started high school. By now she was old enough to recognize all that was before her, and, Paris being the city it is (including, among so many other things, safe and boasting good public transportation), she was allowed a lot of freedom.

Experiencing life in a variety of cultures as you grow up has its benefits, languages skills and diplomacy being two big ones. It also has some downsides…

"Downsides" Of Raising Your Kid In A Third Culture

Every American parent we know who has sent his or her Third Culture Kid back to the United States for university has told us that their child had a hard time “readjusting” to life in the United States (whether they had lived in the United States at any point previously during their lives or not). I think it comes down to experience. Most Third Culture Kids have had more of it than other kids. More and broader experience, the kind of experience that the rest of us don’t enjoy, if we enjoy it at all, until later in life. These kids find it hard to relate to others their age who haven’t lived in other cultures.

We went through this with our daughter, who struggled her first year at university in the States, mostly because she was already past the “college party” thing. She’d already lived through a few years in Paris where she’d been able to hang out in restaurants and cafes with friends sharing a bottle of wine. Again, we’ve heard the same thing from friends in similar situations. Their kids, raised overseas, just seemed more mature than their classmates when they returned to the States for college. The answer for our daughter was to switch her from a small university in Annapolis, Maryland, to one in Manhattan, where the big and diverse city atmosphere made her feel more at home.

Our son already experiences a mild version of “not relating” when he visits the United States. He can make conversation with adults as easily as with kids younger than he is, which is a great thing. However, having never lived in the United States, he has limited experience of U.S. pop culture…especially any that doesn’t take off globally. Sure, he’s heard of Michael Jackson, Beyonce, and Angry Birds, but who is Tebow or Roger Ebert? A friend on a recent visit to Baltimore, where my wife’s family lives, asked our son to name his favorite NBA player. Our son doesn’t know what the NBA is.

Not knowing some of those kinds of pop culture references can be embarrassing for a kid, but I think being able to speak three languages and to identify most of the countries of the world on a map makes up for that. In a few years, I’m banking that our son will agree.

It’s not easy. Sometimes it’s very hard. Bottom line, though, the experience of living in another country is one that you should give to your kids if you can. You could organize a one-year job exchange, as a teacher friend in Canada has done a couple of times. Or you could make your business mobile and move around to several countries as they grow up, as Kathleen and I have done. Even if they hate you for “dragging them away from their friends” and insist that you’ve “ruined their lives,” as they well may, they will thank you later in life.

At least, again, that’s what we’re banking on.