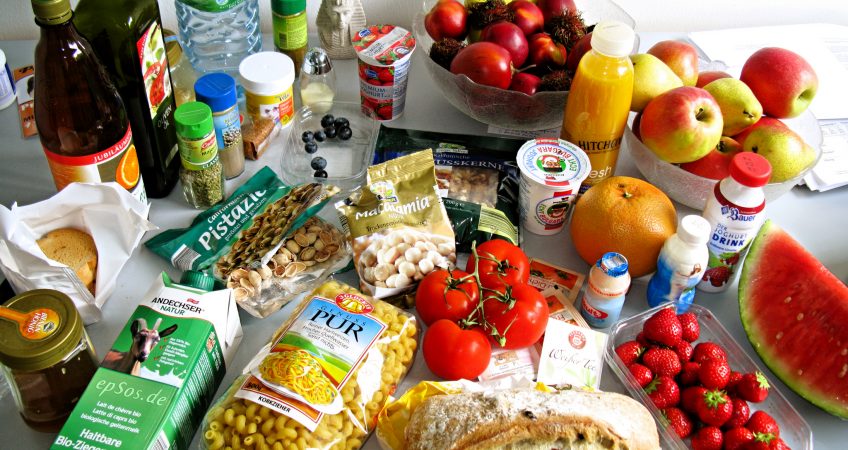 Last week I read a couple of reports in the press saying that grocery store shelves here in Panama are empty.

These reports got my attention, as, since I’ve returned to Panama from Istanbul a couple of weeks ago, I’ve been to different grocery shops maybe four or five times…and I haven’t noticed any empty shelves. What’s going on?

The Empty Grocery Store Shelves Phenomenon is supposed to be a result of the price controls that the recently inaugurated president of Panama, Juan Carlos Varela, put in place shortly after taking office. Varela has frozen prices, as he promised he would do, on 22 basic food items. The government is surveying stores and imposing fines on those not complying.

For the record, these price controls, like all price controls, are a bad and a doomed idea. I’m just hoping Varela will figure that out sooner rather than later. Inflation is real in Panama. Our cost of living has increased markedly over the last six years we’ve been living here. Everything is more expensive, including everyday food items. For us, this is a nuisance. For many locals, it’s much more than that. Varela campaigned as the peoples’ candidate. Now he thinks he’s helping his people by controlling the cost of basic food items like rice and beans.

You and I know that all he’s doing is messing with his country’s economy in a way that, if he continues long enough, will blow up on him. But let’s leave that, as it’s not my point right now.

My point right now is to set the record straight. Don’t cancel your trip to Panama or reconsider your plan to retire here for fear you won’t be able to find any potatoes, steak, cheese, eggs, rice, milk, tuna, chicken, beans, bread, tomatoes, etc., to eat. Yes, prices of these foodstuffs are being controlled…but, no, these things haven’t all suddenly disappeared from grocers’ shelves as a result.

The only grocery item I’ve wanted to buy in the past two weeks I’ve been back in town that I haven’t been able to buy is Pepsi. And Pepsi isn’t on the controlled list. It’s just out of stock in my neighborhood store.

What were the media reports talking about? Impossible to say. It could be that some stores in some parts of this country (perhaps near the border with Costa Rica, where I understand Costa Ricans are crossing over into Panama to buy up the price-controlled items) are out of some things or maybe even, as the articles suggested, altogether empty. I can only report what I’ve seen in the stores where I’ve shopped.

And that’s my point.

How Do You Get The Real Facts Then?

I try to stick to what I know from my own experience and that of people I know do the same. It’s too easy in this Internet information age to form opinions and make decisions based on very specific second- or third-hand information.

When it comes to anything that could affect your decision to move, do business, or invest in a country, don’t rely on information from a single source and certainly not a single long-distance source. It’s an over-worn cliché, but I’m not sure how else to make the point. You need to put your boots on the ground…or connect with someone you trust who has recently worn out some of his own boot leather in the part of the world where you’re considering spending time or money.

I’m not saying you should get on a plane and confirm that ISIS is really in control of northern Iraq or go to Ukraine to see if the separatists are really keeping the investigators from the crash site of MH17. You should, however, layer over some judgment when watching the news and especially when reading blogs and forums online (mine included).

You might connect with an opportunity while the rest of the world, relying on CNN or Jimmy John’s Central American Blog, stays at home because they’re too afraid to get on a plane.

Meantime, I can tell you that if you’re in Panama and running out of eggs, bread, rice, or baby formula, Riba Smith has got you covered.

“Lief, I just read your list and was very curious as to how you came up with Brazil as having ‘bargain beach properties.’ By this you must mean outside of cities, in the countryside. I just spent three-and-a-half weeks in Fortaleza, and inside the city (Bera Mar) prices were US$5,000/square meter. Outside the city the prices were more reasonable. But please explain where you are talking about in terms of the ‘bargain beach properties.’

“Note that I have spent some time pricing real estate properties in Santa Marta where I have found prices to be reasonable, similar to prices in Poblado, Medellin, where I live full-time now. Interestingly, I found Fortaleza on the development level of Santa Marta, but prices to be better in Santa Marta, though I have not sat down and systematically calculated everything.

“Anyway, I would appreciate your input on Brazil.”

Brazil is a country with about 7,500 kilometers of coast. The area you’re referencing in and around Forteleza might account for a few hundred kilometers at best. That is, it’s a limited basis for comparison.

“You’re right. I wouldn’t refer to Fortaleza’s beach properties as a bargain by international standards.

“The bargains I’ve found have been outside the cities. For example, heading north of Natal in the direction of Genipabu or from João Pessoa south to Pitimbú.

“You’re also right about the prices in Santa Marta (Colombia) compared with Fortaleza. You get a lot more beach for your money in Santa Marta, and it’s a lot easier to access for Americans. The edge I’d give Fortaleza is in the area of fine dining and nightlife.”

Cost Of Living In Panama President Juan Carlos Varela Price Controls In Panama
Share:
Offshore Living Letter ® 2022
Legal Sitemap Privacy Policy
* Type a keyword then press Enter
We use cookies to ensure that we give you the best experience on our website. If you continue to use this site, you're agreeing to our policies.Thanks, I Accept!Privacy policy