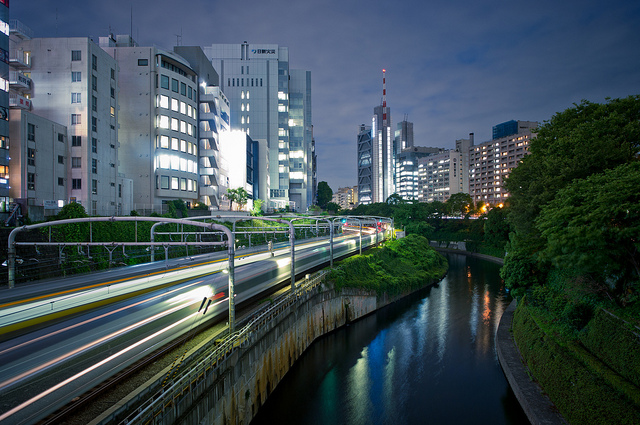 Naked Travel And Other Strategies For Survival

The guy who got naked going through airport security in Portland yesterday took the show-and-tell approach to
internationalizing your life that I recommend to an extreme.

Having been pulled aside and swabbed for explosive residue, he was informed that he’d tested positive. Rather than arguing with the TSA, the guy took off all his clothes to show them he didn’t have any explosives on him…anywhere.

He was promptly arrested for indecent exposure.

The U.S. government is increasingly vigilant in its hunt for every manner of witch. Today’s most-sought-after witches are terrorists, drug dealers, and tax cheats. These are the modern-day bogey-people who are keeping the U.S. government in business. Without them, federal agencies and law enforcement in the United States would have precious little to do.

Okay, maybe they could fix the rapidly deteriorating infrastructure in this country…but that takes money.

Maybe they could get education back on track and start leaving some children behind. With net illegal immigration at zero (those going home equal those coming in), who’s going to pick the lettuce? No law says it can’t be a stupid white kid from the suburbs (at least not yet).

Or they could keep harassing innocent travelers because it’s politically incorrect to profile…keep holding suspected tax-evaders in high-security prisons at a cost of over US$50 a day (US$20,000 a year)…and keep incentivizing the drug cartels to continue their bloody battle in defense of their lucrative business.

Try to explain to the IRS that it isn’t sensible to prosecute someone and house him in prison at a cost of US$50 a day for a tax bill of a few thousand dollars. Heck, in 2010 the IRS sent agents to a business to collect four cents…well, four cents plus the accumulated penalties and interest, which came to US$202.35. Prior to that, the IRS had supposedly sent a year’s worth of collection notices. Hmm…printing a letter costs about a nickel, and mailing it, at the time, cost about 40 cents (remember, this was back in 2009/2010).

But, again, try walking through the “logic” or sense of all that with any IRS type.

While all the modern-day witch hunts carry on, the non-witches being harassed fight back however they can. The guy in Portland stripped down naked. He considered his options–questioning, searching, and delay on the one hand…quick exposure to show that there was nothing to question, search, or delay about. I can see how the guy made his decision.

In fact, I’d argue that he made the TSA’s job easier. Saved them time and, therefore, money. But, again, try suggesting that to a TSA agent. In return for his effort on their behalf, the TSA had the guy taken into custody. Two lanes of security were shut down, delaying other travelers and generally wasting more time and money.

Writing this today, I’m struck by the enormity of the insanity. Try to move from a specific example of one man’s desperate strategy for dealing with Life In America in this 2012 to any general comment or global recommendation, and you realize quickly that it’s just too much for one guy to get his head around.

At least it’s too much for this guy.

The only strategy I can come up with is the one I recognized years ago–remove yourself from being a target. Keep a low profile. Fly under the radar as much as possible.

And, above all, spread yourself around.