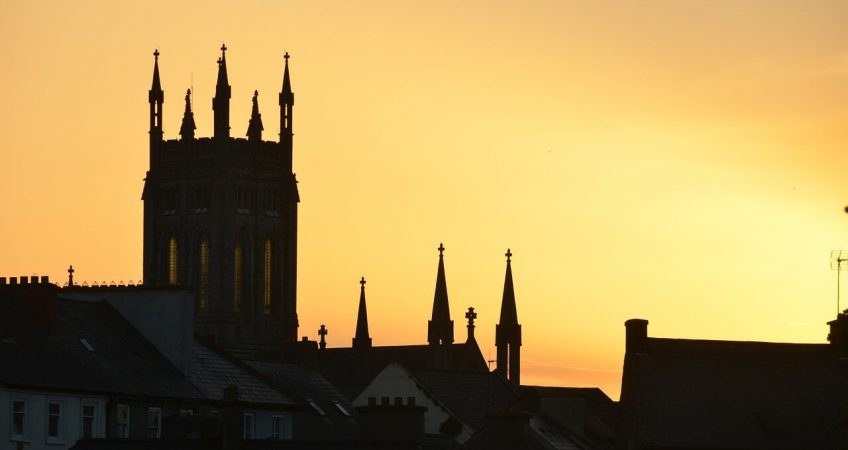 Better To Be Lucky Than Good?

When my family and I moved to Ireland in 1998, the Celtic Tiger was an established phenomenon. We believed this country’s property market was at its peak. Still, we planned to be in Ireland for a while and needed a place to live, so we bought a house.

Seven years later, the opportunity presented itself for our family and business to move to France. We had to decide whether to sell the house in Ireland or hold on to it, maybe renting it out.

During the time we owned the house, Ireland continued to boom and property prices across the country continued up at rates that defied understanding. For years, I woke up every morning expecting that to be the day the Irish property market began what I was sure would be a dramatic unraveling. How could prices continue up, I’d wonder. What was driving and sustaining the growth? Nothing that I could identify.

At the height of the boom, banks in this country were lending with abandon. You could borrow as much 110% of the purchase price of the property you wanted to buy, the extra 10% to cover stamp duty (which was as much as 9%) and other closing costs. You could buy with zero euros of your own and therefore no skin in the game. Loads and loads of Irish did just that.

We thought the market was topping when we arrived on the scene, then we watched for years as it reached new top after new top. By the time we decided to make the move to Paris, Kathleen and I agreed: Surely it was time to take our profits and run. We sold our house for more than four times what we had invested in the place and reinvested those profits in Paris.

My wife would put it down to luck. I’d say that what in hindsight was almost perfect timing was both strategic and, yes, indeed, good fortune.

Spending time in Ireland this week, I’m seeing that the time to get back into this market hasn’t passed. In Dublin and elsewhere in this country, the bottom was reached maybe last year or a bit before. Waterford, where we lived and where we’re based for this visit, is just now showing positive growth trends and signs of recovery. Prices are still way down, banks are keen to offload assets they’re still carrying on their books, and you can get especially good deals on properties that were abandoned and have fallen into disrepair post-crisis.

A friend took me to see a set of developer houses built on Waterford’s coast pre-bust. The idea was to construct modern, full-amenity houses that looked like traditional Irish thatched-roofed cottages. These eight homes were completed at the top of the market and put up for sale just as the bottom fell out. Not one sold. They are held now by a bank that is waiting and hoping for someone to swoop in to resurrect the project.

Maybe the cluster of houses could be turned into a bed and breakfast by some enterprising person. Maybe they could be cleaned up and sold off individually. The question is whether the bank is willing to let go of the assets at a price that would allow an investor to make a go of the proposition.

The big reason to consider an investment in Ireland’s Sunny Southeast right now is pricing; you can buy today at prices not seen in this part of the world in two decades and, if you’ve got U.S. dollars in your wallet, taking advantage of the strongest euro-dollar exchange rate in a dozen years.

In addition, though, I’d say that this could be considered a front-run-the-infrastructure opportunity. Waterford, a key town along this “sunny” southeastern Irish coast, is making an effort to develop its tourist industry. For the past half-century, Waterford has been little more than a stopover for bus tours that would deliver tourists directly to the Waterford Crystal factory just outside town, allow them an hour or two to shop and have a cup of tea, and then carry them on to their next stop, in County Kerry, say. Waterford City itself didn’t benefit much from these breeze-through visitors.

Waterford Crystal went out of business during the downturn, but a group has revived the name and opened a small facility in the center of town. You can tour the downsized crystal factory and buy some of their current offerings. Across the street two museums have opened, one showcasing Waterford’s medieval history, the other covering more recent history (the last couple of hundred years).

Other efforts are in the works to help make the city more of a tourist stay-over destination rather than a one-hour stopover for bus tours. The new roadway to Dublin makes getting to and from Waterford easier and quicker. What used to be a four-hour drive if you found yourself behind a tractor or a hay bailer (as I always seemed to do) can now be made in half that time.

In addition to growing its tourism industry, Waterford is also developing entrepreneurially. Many more small shops and businesses are operating than when we were living here, contributing to recovery in this small town.

Was it good luck or strategic timing that brought us back to our one-time home town at what I’d say is precisely the time again to buy here?

I know what my wife would say. Regardless, we plan to take advantage of some current opportunities.